I do not see Texans replacing a Patriot like Ted Cruz with a Commie like Beto O’Rourke.

Beto O’Rourke is working hard to unseat Sen. Ted Cruz in Texas. But his latest statements could be the death knell of his campaign.

The newest star of the Democrat party — not ‘Democratic Socialist’ Alexandria Ocasio-Cortez or Georgia Special Election loser, Jon Ossoff, or Florida’s race-baiting Andre Gillum — has a wee bit of a problem with videos of him going ‘viral.’

You know how they say that there is no such thing as bad publicity?

That’s just not the case in politics.

These viral videos might be hurting O’Rourke’s chances against Sen. Ted Cruz in Texas.

But then, everyone knew that any Democrat challenging a Republican in Texas was facing an uphill battle.

O’Rourke’s got quite a number of things going against him, however.

First, there’s the possible pandering to the Latino vote with the use of his childhood nickname, ‘Beto,’ a Mexican derivative of Roberto, despite O’Rourke being descended from Irish immigrants.

(Although with ‘Beto’ sounding so much like ‘beta’ it means that the memes about his ‘beta male’ status are going to be spectacular.)

Speaking of ‘beta males’ there are his early 90’s punk rock days.

That’s O’Rourke on the left wearing the floral dress. 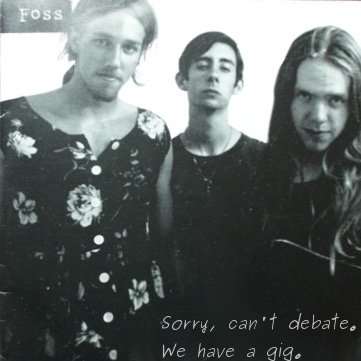 It appears he copied the facial hair of Shaggy from Scooby Doo.

Go ahead, tell me I’m wrong.

And of course, there’s the drunk driving arrest in 1998 where one witness said he had attempted to leave the scene after crashing his car at 3 AM. A breathalyzer test revealed that O’Rourke has a blood alcohol level of 0.136. The legal limit in Texas is 0.10.

There’s also the problem of too many comparisons with Obama. Some Democrats are suggesting that he could be a Vice Presidential pick in 2020 or even the future President.

Of course, he hasn’t won the Senate race against Cruz yet, and his ‘celebrity’ status isn’t helping.

Hollywood loves O’Rourke. He’s been on Bill Maher’s show, he’s going to be on Ellen’s show, but that’s not resonating with Texan voters. He might be popular in Hollywood, but he’s not running for office there.

All the celebrities flying in to stump for Jon Ossoff didn’t help him in the Georgia special election against Karen Handel.

But you can add to those issues his video supporting the NFL players kneeling during the anthem.

Reports are comparing his credibility with young people to Barack Obama, using LeBron James’ retweet of a video where he says, ‘I can think of nothing more American’ in response to a potential voter asking him what he things of the peaceful protests from American football players against racial injustice.

Although his answer was a hit with stars, it’s thought O’Rouke might be too showbiz for Texas.

‘Most voters in Texas still don’t know who Beto O’Rourke is. If the first thing they know about him is he’s like Obama, then that’s going to turn off more voters than it attracts,’ Brandon Rottinghaus, a political science professor at the University of Houston said.

Watch O’Rourke answer a question about the NFL players kneeling:

People can protest, and even protest in stupid ways, but they can’t do it while on the job. Kneeling during the anthem and at the flag are disrespectful of the people that serve in our military and those that have died for this country and the freedom that it stands for. Quite frankly, protesting the anthem and the flag is protesting the very country that gives one the freedom to do so. Go ahead and try that in Iran and see what happens.

He’s also a hep, cool cat like all the kiddos:

How do you take that guy seriously?

Is that the guy you want as a Texas Senator?