The words to this resolution condemning Rep. Ilhan Omar(D-MN) will ring hollow unless they strip her of her post on the Foreign Affairs Committee.

UPDATE: The resolution may not name Omar specifically and instead condemn anti-Semitism as a whole, but let’s be real, this is about her.

Democrat Congresswoman Ilhan Omar is in hot water, again, for anti-Semitic comments she made at an event last week. During a panel discussion, joined by fellow anti-Semite and Congresswoman Rashida Tlaib, Omar accused supporters of Israel of having an “allegiance to a foreign country.”

Omar has a habit of making these types of comments. After being condemned in a letter by House leadership two weeks ago, she “apologized” and said she is willing to learn. 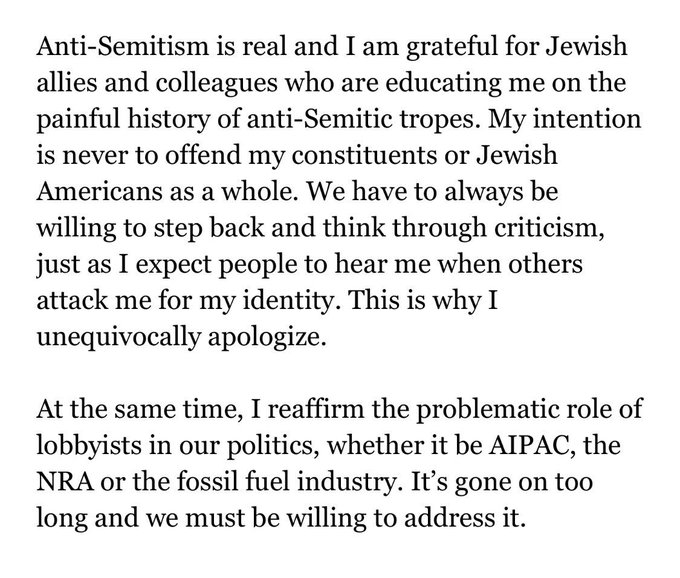 Listening and learning, but standing strong

Turns out, her apology meant nothing (surprse!) and her own party is fed up. A resolution condemning her comments will be introduced on the House floor Wednesday.

The House could vote as soon as this week on a resolution condemning anti-Semitism prompted by comments made last week by Democratic Rep. Ilhan Omar, according to three people familiar with internal discussions https://wapo.st/2TybfU0

Top Democrats are debating whether the resolution will specifically condemn Omar’s remarks, which include suggesting that supporters of Israel have an “allegiance to a foreign country.”

249 people are talking about this

Meanwhile, a number of organizations and lawmakers are calling on House Speaker Nancy Pelosi to removed Omar from the House Foreign Affairs Committee.

A group of leading Jewish organizations demanded that Rep. Ilan Omar (R., Minn.) be removed from her position on the powerful Foreign Affairs Committee.

723 people are talking about this 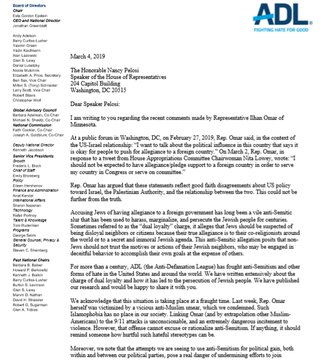 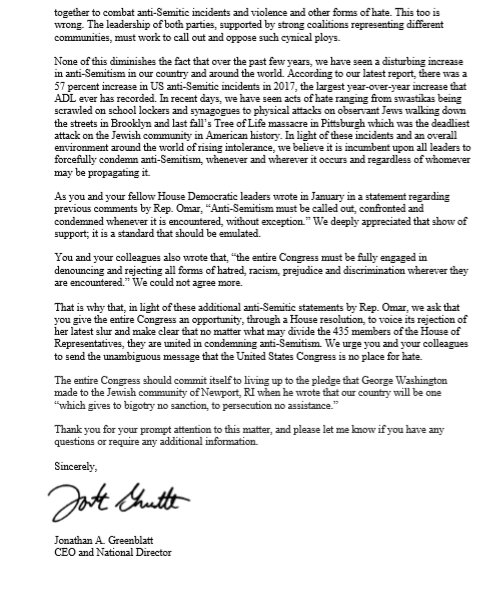 Today I wrote to @SpeakerPelosi asking for Congressional resolution rejecting #antiSemitic statements like those made by Rep. Omar & making clear that no matter the political party, the House is united in condemning #antiSemitism. Full letter here: http://bit.ly/2Th9ATM

Omar’s problem on the House Foreign Affairs Committee extend beyond her comments and into her affiliation with groups directly connected to terrorism.

EPA Chief Tells Us the Real ‘Biggest Threat’ to the Environment

I’ll leave you with this.

Ironically, the most exculpatory explanation for @IlhanMN‘s repeated anti-Semitic dogwhistles is that she grew up in a social context of pervasive anti-Semitism where it’s so much a deeply ingrained part of her culture and life that she hardly recognizes it.

32 people are talking about this