If this was a Second Amendment Advocate the story would be on a 24 hr cycle with the drive-by media. 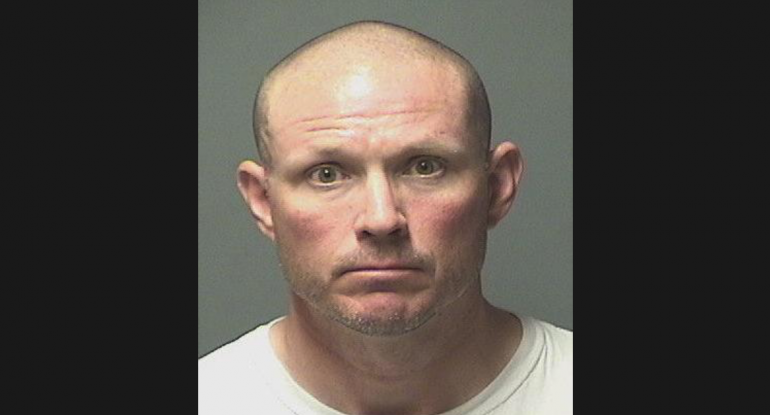 A lobbyist for the Everytown for Gun Safety Action Fund has been arrested and charged with a slew of crimes, but chances are you haven’t heard about it from the mainstream media.

Robert Blaisdell, managing partner for Demers, Blaisdell & Parsol Inc. and a lobbyist for Michael Bloomberg’s “Everytown” gun control group, was arrested earlier in May on a whole host of charges in Manchester, New Hampshire. He was charged on domestic violence-related crimes of simple assault, false imprisonment, and criminal mischief. Police say Blaisdell “knowingly” confined a family member, trapping his victim by “holding the laundry room door closed over a period of several minutes.” Police claim that Blaisdell also stepped on the person’s hand during the incident, and also allegedly destroyed their cellphone.

According to Everytown.org, the organization’s focus issues include “background checks on all gun sales.” Everytown urges people to “kick out lawmakers beholden to the gun lobby” and “stop concealed carry reciprocity.” And according to Green, Everytown “has a $36 million dollar annual budget according to its most recent filing, and includes well-known subsidiaries Moms Demand Action and Students Demand Action.”

It’s no surprise, then, that the left-wing media would be keeping the news of the arrest of a prominent gun control lobbyist off the front page.

The New Hampshire Union Leader seemed to play down the charges, reporting that Blaisdell faces “three misdemeanor domestic-related complaints” that were “lodged against him” earlier this month. Other media referred to them as “domestic violence-related.” The charges reportedly include false imprisonment and in either case, it’s an embarrassing situation for the partner in one of New Hampshire’s top lobbying firms, especially one who represents not only the nation’s wealthiest gun prohibition lobbying organizations but also has represented law enforcement organizations.

Green’s PJ Media article quotes Steve MacDonald, who, writing for the Granite Grok, said Blaisdell is “someone who ‘advocates for the government disarming women, was arrested in Manchester… for domestic violence, among other charges.’

“The irony is delicious,” writes Green, “and exactly the kind of thing the left-wing national media would have a field day with… were Blaisdell not one of their own.”

Blaisdell is scheduled for a July 1 court appearance. GPM will continue to report on this case as details emerge.