No big surprise that the ancestors of Robert Francis O’Rourke owned slaves as he is a DemocRat.

It was DemocRats of that era that were slave owners.

Robert Francis O’Rourke has found a way to prove his intersectional street cred besides using a Hispanic nickname. Check it out…

The failed Senate candidate that was the Left’s “Great Irish Hope” against the son of a Cuban immigrant, wrote a piece on the dirty little secret of his and his heiress wife’s family histories.

it appears that Beto recently learned that his ancestors as well those of his wife, Amy, owned slaves. He wrote a piece for Medium about the impact that this information has had on him, “the legacy of slavery in the United States — now has a much more personal connection.”

Beto explains that he was recently given documents showing that among the list of possessions of one of his ancestors were the names of two individuals, Rose and Eliza.

Records also showed that Amy had an ancestor who owned slaves and another who was a member of the Confederate Army.

Beto then explained that this ownership of individuals didn’t just benefit his ancestors 5 generations ago, but they had an effect on the benefits that he now enjoys. So does marrying into money, isn’t that right, John Kerry? But that little tidbit about Beto’s life was left out of this article.

He then writes that the inherited privilege that he received is mirrored by the systemic racism that afflicted the descendants of Rose and Eliza.

The way that fortune was passed through the generations from Andrew to me, misfortune was passed through the generations from Rose and Eliza to their descendants who are alive today. Rose and Eliza were denied their freedom and the benefits that their labor produced; they and their children were then denied their civil rights after the end of Reconstruction; and their descendants endured open terrorism, economic exclusion and racism in the form of Jim Crow, lynchings, convict leasing, voter suppression, red lining, predatory lending, and mass incarceration. Everything their descendants have accomplished in their lives is despite having all of these odds stacked against them.

In the aggregate, slavery, its legacy and the ensuing forms of institutionalized racism have produced an America with stark differences in opportunities and outcomes, depending on race.

Beto says that the wealth gap between black descendants of slaves and whites who owned slaves is due to the legacy of slavery itself.

So how is it that Oprah Winfrey, Denzel Washington, Spike Lee, and Condoleezza Rice were able to transcend that history and succeed so spectacularly?

It’s because this is America, and we believe that all people should be treated as equal. We have anti-discrimination laws. We have an ethos — if you work hard, you can succeed.

But that’s not what Beto proposes. He thinks that we need to throw money at the problem.

Not all of his policies are bad ones, his investment in Education isn’t a bad idea, though I personally think that school vouchers are a much better one. Some are things that Beto suggests are already law like equal pay. Other proposals are solely redistributive in nature.

He says that he supports reparations for the descendants of slaves.

It’s interesting that Beto is bringing this out now when just recently the Left tried to use this same family history as an attack on Senate Majority Leader Mitch McConnell.

Beto seems to be trying to get ahead of a possible attack. What exactly is he worried about? He’s been out-Betoed by Pete Buttigieg and has about as much chance of winning the nomination as The Media(D) of being fair to President Trump. 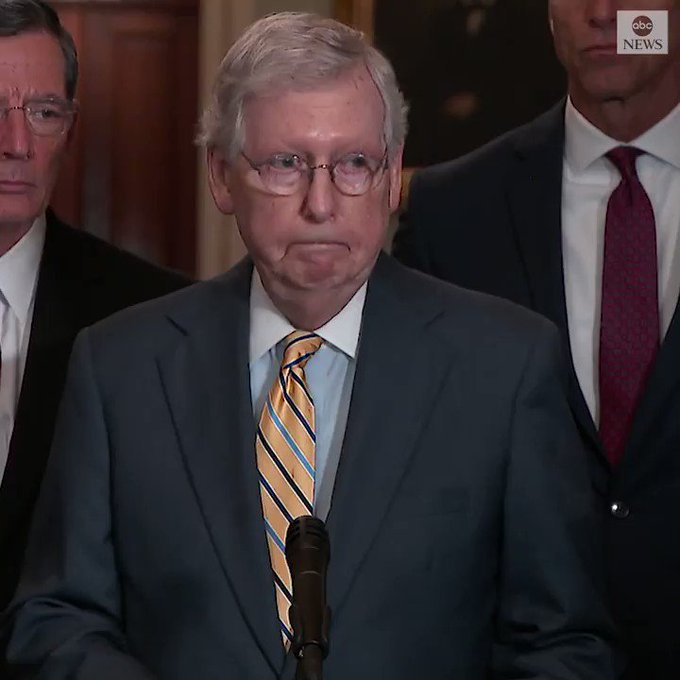 “We both oppose reparations and we both are the descendants of slaveholders.”

Sen. Mitch McConnell compares himself to Pres. Obama, after being asked whether knowledge of his slave-holding ancestors has affected his stance on reparations. https://abcn.ws/2Jqj48I

Slavery was horrible and wrong.

Jim Crowe was horrible and wrong.

Discrimination is horrible and wrong.

But taking money from people who never owned slaves, or descended from slave owners to pay for the descendants of slaves is also wrong.

Now, if Beto were serious about reparations, he and Amy could cut a check to the descendants of Rose and Eliza. They could track down all of those people and give them some of the wealth that they inherited.

It could get awkward, however, if one of those people was Oprah.