The question is will anything be done about it?

I will say I doubt it happening as she is a DemocRat.

Fox reports, “The Minnesota Campaign Finance and Public Disclosure Board said the first-term congresswoman also must pay the state a $500 civil penalty for using campaign money to travel to Florida, where she accepted an honorarium.”

“Rep. Omar must personally reimburse the Omar committee $3,469.23,” the report explains. “This reimbursement payment is the total amount of campaign funds that were used for purposes not permitted by statute in 2016 and 2017. Rep. Omar must provide documentation within 30 days from the date of this order showing the deposit of the reimbursement into the Omar committee’s account.”

On top of that, conservative commentators didn’t waste time in reminding that the Board’s report had shown that Ilhan Omar and her husband, Ahmed Hirsi, “filed joint tax returns in 2014 and 2015, when Omar was reportedly married to another man. Omar engaged in a civil marriage with Ahmed Nur Said Elmi in 2009, and the couple separated in 2011 without formally petitioning for divorce until 2017,” according to Fox.

“A sitting congresswoman may have filed EIGHT YEARS of fraudulent, felonious, tax returns,” writer David Steinberg, who wrote a Twitter thread regarding the issue, stated.

As I have written, @IlhanMN likely committed a remarkable number of additional felonies due to her fraudulent 2009-2017 marriage.

Today’s report appears to confirm the worst of them: @IlhanMN may have filed EIGHT YEARS of fraudulent federal and state tax returns. (2/x)

2,430 people are talking about this

Before she married Elmi, Omar had been married Hirsi in the Muslim “faith tradition.” Fox reports that “the couple separated shortly afterwards. Omar did not officially marry Hirsi until 2018, after reconciling with him and splitting with Elmi.

As I have written, @IlhanMN likely committed a remarkable number of additional felonies due to her fraudulent 2009-2017 marriage.

Today’s report appears to confirm the worst of them: @IlhanMN may have filed EIGHT YEARS of fraudulent federal and state tax returns. (2/x)

The report states that @IlhanMN and Ahmed Hirsi filed joint tax returns in 2014 and 2015.

According to both federal and MN law, this is illegal. (3/x)

2,102 people are talking about this

According to Fox, “Tax experts say the IRS only permits joint filings if a couple is in a state that legally recognizes the couple as married.”

“Time to get federal IRS officials involved?” questioned conservative blogger Michelle Malkin. “What say you all?”

There is no “unmarried filing jointly” status. @IlhanMN and Hirsi did not have a recognized common law marriage from another state. (Which would have been worse, anyway — it would have been bigamy.) (4/x) 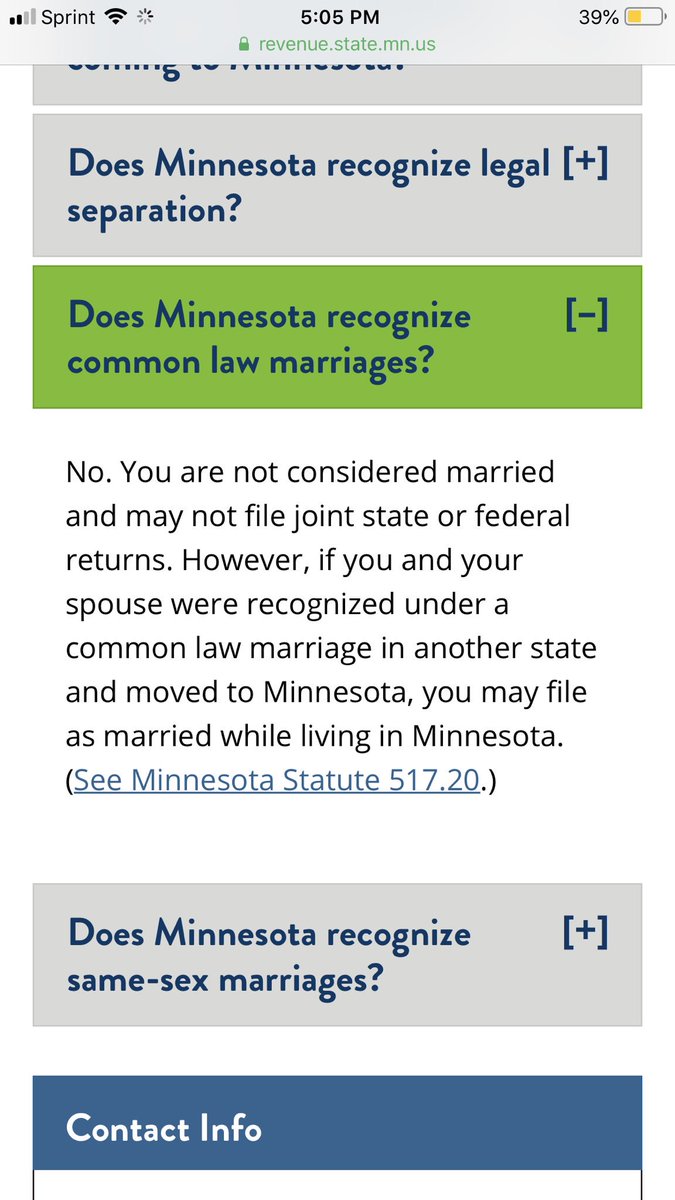 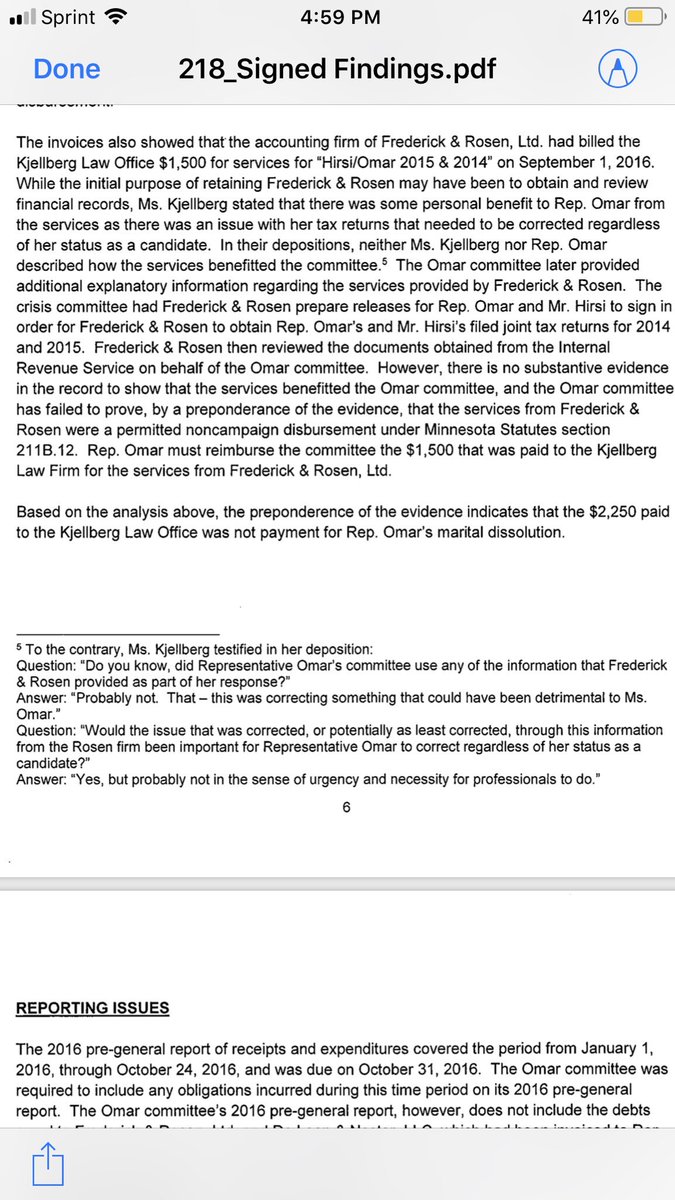 1,162 people are talking about this

The @StarTribune ignored the bombshell.

If you think “joint tax returns” is in the report so media might notice — your thought is warranted.

Media has hid the truth about @IlhanMN from voters for 3 years. It’s about to ruin them all.http://www.startribune.com/minnesota-campaign-board-fines-ilhan-omar-says-she-must-reimburse-campaign/510933672/ …

The repayment amount represents what the board determined is the campaign funds used in 2016 and 2017 for purposes not permitted by state law.

Remarkable incompetence from MN CBS affiliate @WCCO: Her “now-husband” — meaning “not at the time.”

A once-in-a-career local story with **global** implications — and they **don’t even mention** their own coverage confirms @ilhanMN is a felon.https://minnesota.cbslocal.com/2019/06/06/im-glad-this-process-is-complete-rep-ilhan-omar-ordered-to-pay-thousands-for-campaign-finance-violations/ … 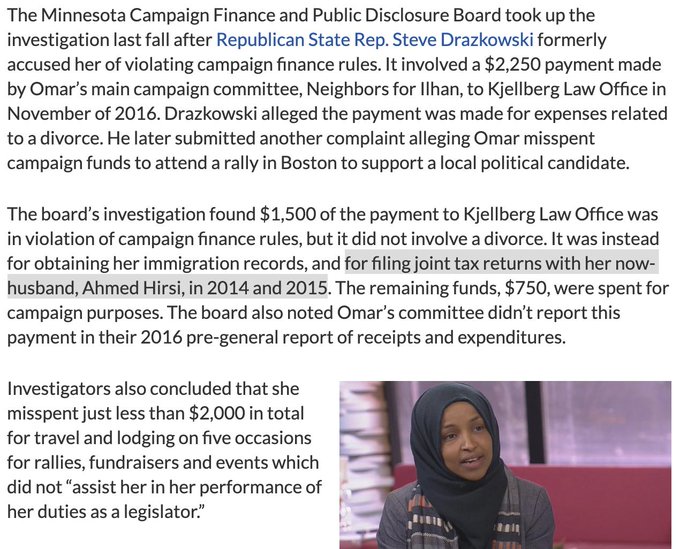 1,183 people are talking about this

Fox explains of the report:

That reference to Omar and Hirsi’s joint filing, however, was not investigated or addressed further in the report.

The board found that Omar’s campaign bought her a plane ticket to Boston, where she spoke at a political rally; paid for a hotel in Washington, D.C., where Omar participated in an interview for the United Nations Foundation’s Girl UP conference; and covered her travel to Chicago to accept an award and attend a fundraising luncheon.

Under Minnesota law, campaign trips must be related to serving in office. Omar was a state representative from Minneapolis at the time of the violations. She was elected to the U.S. House last November.

Republican state Rep. Steve Drazkowski initially raised the complaints against Omar, suggesting that she used $2,250 in campaign funds to pay a lawyer for her divorce proceedings. Omar has said those payments to her attorney were campaign-related fees.

The board found the payment was actually reimbursement to two other law firms for work related to immigration and tax documents. The board also determined that $1,500 spent to correct an issue on Omar’s tax return was not a campaign-related expense and must be returned.

According to the board, evidence indicates that the $2,250 was not payment for Omar’s marital dissolution. The board directed Omar to file an amended report with more information about the law firm payments.

Omar had called the claims politically motivated. In a statement, her congressional campaign said she is “glad this process is complete” and that she intends to comply with the board’s findings.

The Minnesota representative also stated, “We have been collaborative in this process and are glad the report showed that none of the money was used for personal use, as was initially alleged.”

2 thoughts on “BREAKING: Omar Caught Red Handed, In Felony Lying To The IRS”