I guess the dead thug was collecting for the Red Cross and was carrying the gun to protect his collection money.

After collecting for the Red Cross he was going to choir practice and then to work in a soup kitchen.

Oh sure. They admit he was sticking up a store, but they’re whining about what the story employee did.

Roosevelt Rappley (23) was, as the saying goes, ‘known to police’.

He had a weapons charge from late August that was ‘waiting to move forward’. But all of that is moot now that he no longer walks among us.

He was shot dead in the process of trying to rob a Dollar General in Dayton.

Trending: HEY NBA: This Republican Senator Had The Guts To Visit & Stand With Hong Kong

Witnesses at the Dollar General told investigators that a person entered the store, revealed a handgun and then demanded money from the cash register, Hall said.

A worker, who was not working at the cash register, was armed and confronted Rappley.

Witnesses said that he pointed the gun at employees, Hall said.

In a 911 call, a man told dispatchers that a man with a gun attempted to rob him at the store.

“He pointed a gun at me,” the caller said. “I had a firearm on me. I pulled my firearm and I shot him in self defense.”

The caller also said that the suspect “shot back,” but it is not clear how many shots were fire during the incident.

Hall said that detectives are still examining evidence and ballistics from the scene to determine how many shots were fire and what weapon fired them.
Source: WHIO

What are the family members upset about? They’re upset that the guy whose face they waved a gun in front of was carrying a firearm at work, and had a ready alternative to being a victim to some dumb punk with a gun and a sense of entitlement.

Imagine how exceptionally ignorant you have to be, to be upset that your brother who was committing ARMED ROBBERY got shot by the clerk defending themself. 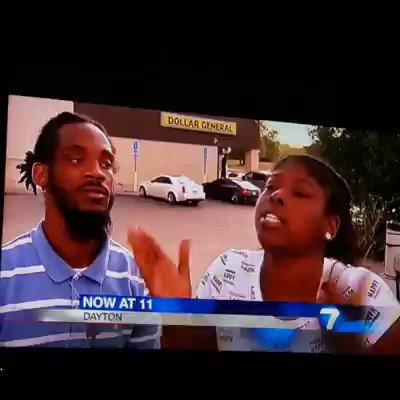 8,790 people are talking about this

What’s that? She’s upset that he had the ability to DEFEND himself from someone like Rappley?

Because Dollar General is considered private property, the employee did not need a CCW, said Hall.

…“As far the as the employee at Dollar General, he was legally possessing a weapon,” he said. “He was on private property at his place of employment.”

…Sgt. Schloss said that Dollar General stores have been hit hard these last few months, but he wasn’t aware of an uptick in crime.

Police said that the Gettysburg store has been robbed four times this year.
Source: WHIO