Because of the DemocRats controlling the House, I do not think these complaints will produce results.

Does Adam Schiff believe its okay to work with a foreign country to get dirt on an opposing candidate? Adam Schiff naked pictures

Republican Jon Hollis, who is challenging Rep. Adam Schiff for his House seat in 2020, has filed an ethics complaint against the lawmaker over the February 2018  phone call in which he was caught on tape trying to secure naked picture of President Trump.

The conversation in question involved Schiff falling victim to Russian pranksters Vladimir Kyzetsov and Alexei Stolyarov in 2018. The comedians, posing as a Ukrainian member of Parliament, Andriy Parubiy, promised dirt on President Trump, including some compromising photos.

Schiff, it can easily be determined in the phone call, took it very seriously, even arranging for staff to collect the “classified” material.

Now one can say it wasn’t really Ukrainian members of parliament, so there shouldn’t be an ethics investigation, but there was no quid pro quo in Trump’s phone call with the Ukrainian president, and Schiff is trying to impeach Trump for it.

The complaint filed by Hollis was dated August 28th, and focuses on Schiff’s undeniable “illegal collusion with foreign entities.”

“This letter serves as an official complaint to the Office of Congressional Ethics (OCE) regarding Rep. Adam Schiff’s illegal collusion with foreign entities and misuse of taxpayer resources for opposition research on political enemies,” Hollis writes. “The evidence supporting Adam’s Schiff’s violations of the law is compelling and irrefutable.”

Hollis notes that the California Democrat knew his behavior was wrong by claiming to the comedians that he would work with the FBI on the matter.

“In so doing, Rep. Schiff is attempting to involve the FBI in his corrupt attempt to obtain dirt on President Trump,” the complaint reads. “The FBI should not be in the business of teaming up with politicians to use the power of government to dig up dirt on political opponents.”

“Adam Schiff can be heard discussing the committee’s Russia investigation and increasingly bizarre allegations about Trump with a man who claimed to be Andriy Parubiy, the chairman of the Ukrainian Parliament.” Schiff has some explaining to do. http://www.dailymail.co.uk/news/article-5355713/Adam-Schiff-spoofed-Russian-claim-nude-Trump-pic.html … 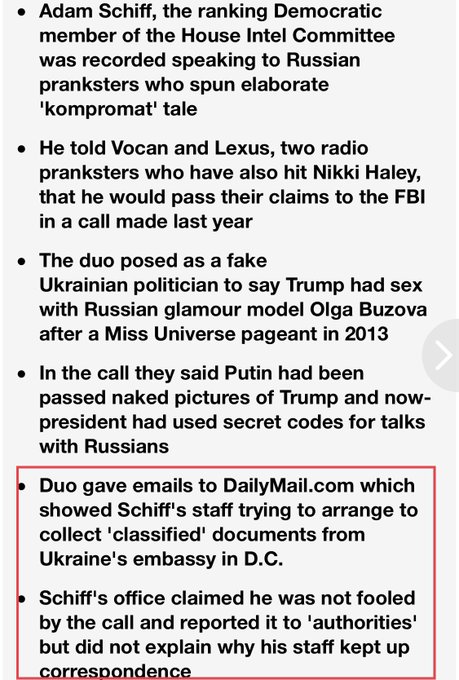 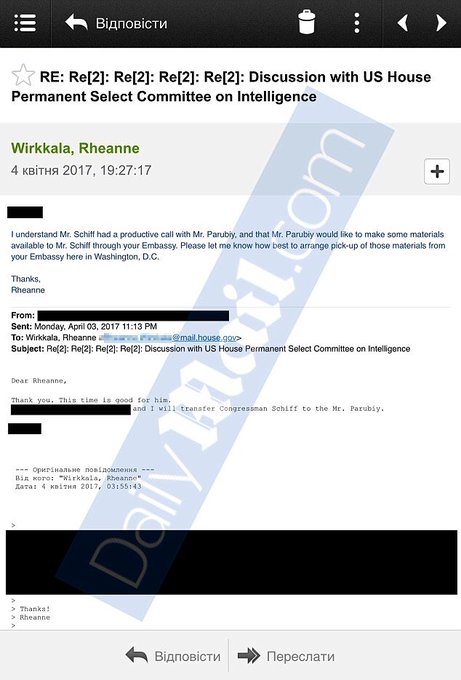 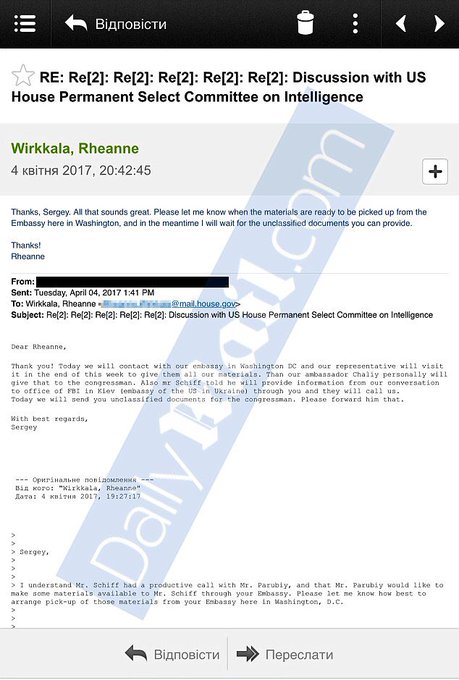 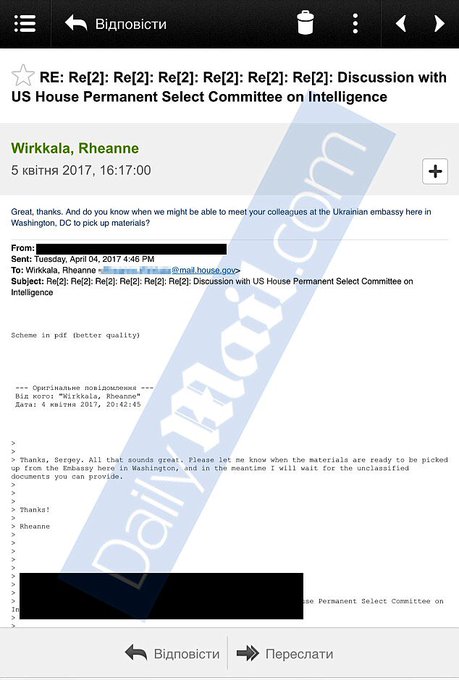 6,214 people are talking about this

The pranksters involved with the call first claimed that Trump had an affair with Russian model and singer Olga Buzova while in Moscow for the 2013 Miss Universe pageant.

“She got compromising materials on Trump after their short relations,” the caller, posing as a Ukrainian lawmaker, told Schiff.

“OK, and what’s the nature of the material?” Schiff inquired.

“Well, there were pictures of naked Trump,” the caller claimed, adding that Russian President Vladimir Putin was aware of the images in question.

Schiff claimed he was in on the prank – wink, wink – but reality suggests otherwise when he followed up by having staff try to collect the “kompromat.”

“Please let me know how best to arrange pick-up of those materials from your Embassy in Washington, D.C.,” one aide wrote.

About Hollis’ ethics complaint, Schiff did indeed state he would work with the FBI to secure those naked photos.

“I’ll be in touch with the FBI about this. And we’ll make arrangements with your staff,” he stated. “I think it probably would be best to provide these materials both to our committee and to the FBI.”

There is no ambiguity here: Schiff was – on tape – colluding with a foreign government to obtain classified information in an attempt to take down his political opponent.

Chalk this ethics complaint up as yet another in a long line of embarrassing incidents for Rep. Adam Schiff.

“Democrats on this very committee negotiated with people who they thought were Ukrainians in order to obtain nude pictures of Trump,” he revealed,” Nunes said during his opening statements.

I imagine that his wife wants to know why Adam Schiff wants naked pictures of Trump or any man.

A resolution to censure Schiff, introduced last month Rep. Andy Biggs (R-AZ), sought to condemn the Democrat for a “parody” reading of a phone call between President Trump and Ukraine President Volodymyr Zelensky.

Schiff, at the same hearing, completely fabricated the contents of the call for the Congressional record.

“Schiff simply does not have the gravitas that a weighty procedure such as impeachment requires,” Biggs wrote.

“He has repeatedly shown incredibly poor judgment,” he added. “He has persistently and consistently demonstrated that he has such a tremendous bias and animus against Trump that he will say anything and accept any proffer of even bogus evidence to try to remove the president from office.”

And most recently, it was reported that Schiff tried to get Kurt Volker to lie during his testimony about Ukraine.

At least 160 lawmakers have now signed on as co-sponsors of the resolution to censure Schiff, but sadly it is unlikely that Pelosi will allow a censure of the bull-sh*tting Burbank barrister to reach the house floor.