But when Speaker Pelosi(Delusional-CA)points her finger at President Trump(R-NY) she was giving it to the President while in a room full of men.

Waving your finger at the president of the United States is disrespectful only if the president is a Democrat, according to members of the media.

Speaker of the House Nancy Pelosi (D., Calif.) received positive coverage when she and other Democratic leaders stormed out of a meeting with President Donald Trump. Trump later tweeted a picture from the meeting that showed Pelosi standing and pointing her finger at the president. Cable news anchors and reporters appeared to be enthralled with the “iconic” photo. They described Pelosi as “giving it to the president of the United States” and stressed how she was “standing in a room full of men.”

When former Arizona governor Jan Brewer wagged her finger at former president Barack Obama, the incident was portrayed as “disrespectful” and a political stunt to sell more books. The Republican governor met Obama on a tarmac in 2012, where the two were seen in a tense conversation. An infamous photo was taken, showing Brewer pointing a finger in the president’s face. The narrative surrounding this photo was not about a strong female leader standing up to a man, but about a racist attack on the Oval Office.

“All that many saw in that famous photograph was a white woman wagging her finger at the first black president,” former CNN anchor Jack Cafferty said.

“The idea that someone could do that to the president is so off-putting,” MSNBC contributor Jonathan Capehart said of Brewer’s behavior.

“Even if you don’t like someone, you don’t do that,” CNN anchor Don Lemon said.

Brewer herself acknowledged the difference in the media coverage between her and Pelosi.

The news media hails @SpeakerPelosi as a hero for pointing her finger at @POTUS @realDonaldTrump but when I stood up to @BarackObama I was vilified as rude and racist. Such Hypocrites! 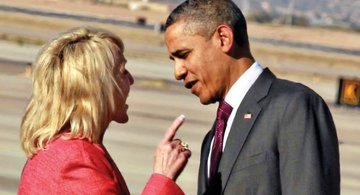 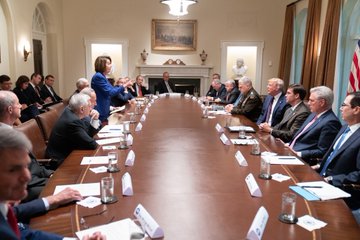 56K people are talking about this