Pencil Neck Schiff(Delusional-CA) is in the driver’s seat alright and he is headed for a cliff at full speed.

Democrats have just met their deadline to provide the text of their impeachment resolution against President Trump. It outlines the new authorities Democrats will have during the impeachment inquiry. For instance, it will grant House Intelligence Chairman Adam Schiff the power to call public hearings.

As Politico’s Andrew Desiderio put it, this will put Schiff “in the driver’s seat.”

NEWS: The House’s impeachment procedures resolution is out https://docs.house.gov/billsthisweek/20191028/BILLS-116-HRes660.pdf …

The resolution empowers Schiff to call public hearings. It also eliminates the five-minute rule for lawmakers and allows staff/counsel to question witnesses.https://docs.house.gov/billsthisweek/20191028/BILLS-116-HRes660.pdf … 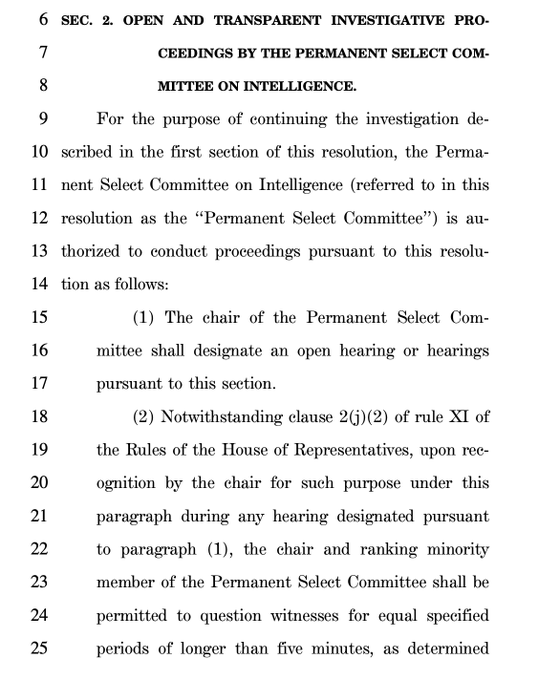 174 people are talking about this

The resolution also reads that Republicans can suggest subpoenas or witnesses as part of the inquiry. But, those must be submitted in writing and can be vetoed by Democrats.

The measure establishes procedures for the transfer of evidence to the Judiciary Committee, and sets forth due process rights for the president and his Counsel. Republicans stormed recent closed door testimonies demanding that Democrats grant Trump the same due process as was granted to former Presidents Clinton and Nixon.

You can read the entire resolution here. Congress is expected to vote on impeachment procedures on Thursday. It will mark the first time that members will be going on record to vote on the controversial matter.

Meanwhile, President Trump and the Republicans blasted the inquiry on Tuesday, telling “Shifty Schiff,” “Nervous Nancy” and the rest of the Democrats that they know this is all about reversing the 2016 election and upending the White House’s agenda to jeopardize the next one.

Nervous Nancy Pelosi is doing everything possible to destroy the Republican Party. Our Polls show that it is going to be just the opposite. The Do Nothing Dems will lose many seats in 2020. They have a Death Wish, led by a corrupt politician, Adam Schiff!

39.8K people are talking about this

On Capitol Hill this morning GOP Leader Kevin McCarthy urged his colleagues to stop with the impeachment “sham” and start focusing on the issues that got them elected to Congress. He added, for emphasis:

Speaker Pelosi and Chairman Schiff have turned the House Intelligence Committee into the Impeachment Committee.

1,926 people are talking about this