Governor Ralph”Blackface” Northam(Delusional-VA) was hoping for violence so he could say see, “I told you these gun owners were nothing more than a violent bunch of thugs.”

But when the violence did not happen he falsely claims he was the reason nothing happened.

He warned about “violent rhetoric.”

He declared a “state of emergency.”

He said Second Amendment demonstrators were bent on “acts of violence.”

But after an estimated 22,000 gun rights advocates gathered outside Virginia’s Capitol on Monday without a hint of the kind of disturbances that have been associated with leftist gatherings throughout the Trump administration, Gov. Ralph Northam had the gall to claim credit for the crowd’s good behavior.

And the Second Amendment supporters weren’t letting it go.

In a statement released Monday, Northam specifically cited the work of the Virginia state police, the Capitol Police and the Richmond Police Department for “keeping Virginia safe.”

We are all thankful that today passed without incident. The teams successfully de-escalated what could have been a volatile situation. I will continue to listen to the voices of Virginians, and will do everything in my power to keep our Commonwealth safe. https://www.governor.virginia.gov/newsroom/all-releases/2020/january/headline-851013-en.html …

27.6K people are talking about this

But nowhere in the statement was a word of thanks to the organizers or demonstrators who peacefully exercised their constitutional rights on Monday.

And even more glaringly, not a mention of Northam’s own rhetoric in the days preceding Monday’s demonstration that fanned fears (and likely hopes) in the mainstream media that the Richmond gatherings would lead to bloodshed.

In fact, on Wednesday, as Fox News reported, Northam had declared a “state of emergency” in advance of the gathering — needlessly adding an element of hysteria he would likely never have injected if the situation had involved, say, a Women’s March.

At a news conference, he warned darkly of “malicious plans” to turn a day of protesting proposed gun control laws into a day of disaster like the 2017 clashes in Charlottesville, Virginia, that led to the death of a young woman.

“This includes out-of-state militia groups and hate groups planning to travel from across the country to disrupt our democratic process with acts of violence,” Northam said, according to Fox. “They’re not coming to peacefully protest. They’re coming to intimidate and cause harm.”

The demonstrators did nothing of the kind, despite the best efforts of Democrats and the mainstream media to portray the gathering as some kind of uber-Klan rally of “white supremacists.”

And while Northam’s statement drew an expected number of fawning responses — clearly from liberals who’d been spooked by his inflammatory rhetoric in the first place — he was met with plenty of well-deserved mockery, too.

This is the governor, remember, who a year ago was on the verge of losing his job over photos from his medical school yearbook in the 1980s that showed a man wearing blackface and another in full Ku Klux Klan regalia.

We are all thankful that today passed without incident. The teams successfully de-escalated what could have been a volatile situation. I will continue to listen to the voices of Virginians, and will do everything in my power to keep our Commonwealth safe. https://www.governor.virginia.gov/newsroom/all-releases/2020/january/headline-851013-en.html …

Did they? Seems to me there was nothing to de-escalate from, because the whole thing was completely peaceful, despite your efforts to foment trouble. I’m embarrassed to have lived for 20 years in Virginia, although at the time we didn’t have a blackface-wearing tyrant as governor

160 people are talking about this

You didn’t de-escalate crap. Unlike your ilk, these were responsible gun-owners exercising their right to peacefully protest your attempts to infringe their 2nd Amendment rights.

885 people are talking about this

You tried to start something and now claim you stopped something! “Here’s your sign”

150 people are talking about this

Actually, it was the participants who policed themselves, Governor KKK.

203 people are talking about this

Governor Northam expected there to be violence today and declared a state of emergency, but pro-gun activists showed him a lesson in how to protest peacefully—so he needs to eat his words. Even Virginia sheriffs showed up to the rally to defend 2A, pretty awesome. 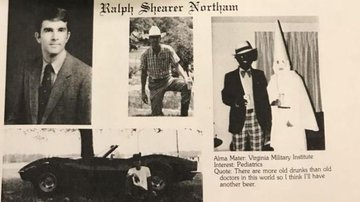 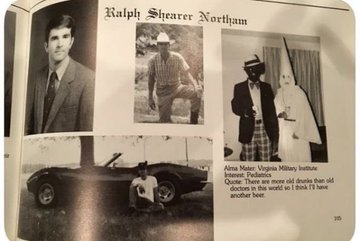 189 people are talking about this

That last one summed it up well.

Instead, what the country witnessed on Monday was an American demonstration the Founders would have approved of, including a sheriff who declared that unconstitutional gun control laws would not be enforced in his county.

There was literally one arrest from that throng reported, according to The Washington Post — a woman who did not obey instructions to remove a bandana from her face.

And it wasn’t even clear if she was part of the pro-gun side or a counterprotester.

It was a scene that crushed the liberal narrative about gun rights advocates in the United States, and no doubt dashed the hopes of mainstream media reporters and editors everywhere looking for an illustration of how thuggish conservatives really are.

The reality is, the guiltiest party in inciting potential violence at the Virginia demonstration on Monday was the political party in power in the state’s capital, and the Democratic governor who tried to fan the flames.

Now he has the gall to claim credit?