Is this any indication of Republican victories to come in the fall?

“BIG WIN in Kentucky House District 99,” McDaniel tweeted. “It’s a district Democrats held for 33 YEARS, where Democrats outnumber Republicans by double digits, and one the Democrat governor carried in 2019. But tonight, Republicans flipped the seat!”

24.1K people are talking about this

“Big Story, Big Win – Except in the Fake News, which won’t cover it!” Trump tweeted

21.4K people are talking about this

Chairman Mac Brown of the Republican Party of Kentucky also congratulated White on the “historic victory.”

“After Democrat Rocky Adkins held this district since the 1980s, Kentucky Republicans can be justly proud of all Richard White and our grassroots team did to flip this seat to GOP control,” Brown said in a statement.

“Tonight’s groundbreaking results should put Democrats on notice all across the state. Kentucky voters want leaders who support President Trump. Our strong slate of candidates all across the state are well-positioned to even further expand our GOP legislative supermajorities in November.”

Congratulations to Richard White on his victory in today’s Special election to become the State Representative for District 99. He defeated his Democratic opponent by approximately 1019 votes to fill the unexpired term of Democrat Rocky Adkins; who vacated the seat. 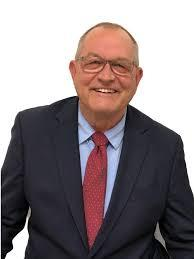 28 people are talking about this

Secretary of State Michael Adams announced the unofficial results of the special elections in both House Districts 67 and 99 after the polls closed Tuesday night.

Both House seats have been vacant after the two veteran lawmakers who held them joined Democratic Gov. Andy Beshear’s administration, The Associated Press reported.

“In deep-red Kentucky, Roberts defended a seat that broke for Trump in 2016,” Democratic Legislative Campaign Committee President Jessica Post said in a statement. “Democrats can and will compete everywhere heading into the 2020 election.”

The House Democratic Caucus leadership also addressed the special election results in both districts in a statement.

“Congratulations to Rachel Roberts on her hard-fought victory and we look forward to her joining our caucus,” Leader Joni Jenkins, caucus chair Derrick Graham and caucus whip Angie Hatton said.

“We also want to thank Bill Redwine for running a strong campaign during a special election that was especially tough during these winter months. With these elections now behind us, our caucus is once again focused on fighting for a vision that benefits all of us and not just some of us, both in the remaining days of the legislative session and in the months ahead.”

Both victories are short term because Roberts and White will have to run again in November, as the special elections only covered the remainder of the 2020 legislative session.