How many Blue States have wrongly reported COVID-19 deaths?

The state of Colorado reportedly added a man who died of acute alcohol poisoning to its coronavirus death toll even before the county coroner could sign his death certificate.

Police in Cortez, Colorado, found Sebastian Yellow dead in Cortez City Park on the morning of May 4, according to KCNC-TV.

Montezuma County Coroner George Deavers found that Yellow’s blood alcohol content measured at .55, so he determined that his death was caused by acute alcohol poisoning.

“It was almost double what the minimum lethal amount was in the state,” Deavers said.

Following his death, Yellow tested positive for COVID-19, so the Colorado Department of Public Health and Environment categorized his death as one caused by the novel coronavirus, according to Deavers.

“I can see no reason for this,” Deavers told KCNC-TV, adding that he hadn’t even gotten to sign the death certificate before the conclusion was made.

What killed Sebastian Yellow? Coroner says the man drank himself to death with .550 blood alcohol reading-‘ethanol toxicity’ reads death certificate. But @CDPHE has categorized it as a #COVID19 death, raising many questions. Our @CBSDenver report:https://denver.cbslocal.com/2020/05/14/coronavirus-montezuma-county-coroner-alcohol-poisoning-covid-death/ … 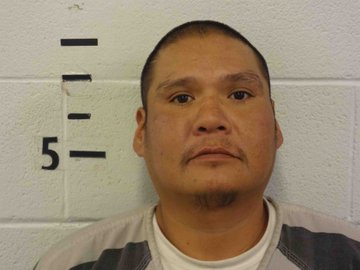 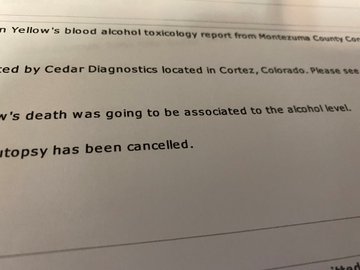 349 people are talking about this
“It wasn’t COVID, it was alcohol toxicity,” Deavers said.

“Yes, he did have COVID but that is not what took his life.”

This case is just one of many instances that caused Colorado to update its coronavirus death toll, saying that 272 fewer people than originally reported had died from COVID-19.

The CDPHE changed the statistics on May 15.

Along with the statistics change, the CDPHE said starting May 15, it would report the number of deaths in the two separate categories.

“We have been reporting at the state, deaths among people who had COVID-19 at the time of death and the cause of that death may or not have been COVID-19,” Dr. Eric France, the agency’s chief medical officer, told KDVR at the time.

The discrepancy also came in part because of how the state reports statistics to the federal National Notifiable Diseases Surveillance System, according to France.

“Having these two systems in place has potentially created some confusion and we apologize for that,” state epidemiologist Dr. Rachel Herlihy said.

The state added that this change “does not unilaterally change information on death certificates and does not question or try to change a physician’s diagnosis or causes-of-death determination.”

“The Governor applauds efforts to ensure that we are as transparent as possible with our reporting and therefore fully supports efforts by CDPHE to specify how many deaths are specifically due to COVID-19 and not just specific to CDC guidelines that include people who died with Coronavirus but not necessarily from it. What we are seeing today is a reflection of that,” the statement said.

Colorado is not the only state that has had to change its coronavirus death statistics.

Pennsylvania Health Department officials removed over 200 probable deaths from their official tally on April 23 in what they said was an effort to be transparent after state coroners pointed to inconsistencies with the state’s death counts and what they had recorded.