It is time to leave some of these thugs dead and dying in the streets to stop this crap.

A retired St. Louis City police captain was reportedly shot and killed outside of a looted pawn shop on Monday night.

KMOV anchor Laura Hettiger reported that Dorn was “trying to stop the looting” at the pawnshop.

#BreakingNews: a retired @SLMPD Captain was killed overnight. Sources tell me he was trying to stop the looting at Lee’s Pawn Shop in North St. Louis. #n4tm @kmov #STL https://twitter.com/Alyssa_Toomey/status/1267803513410723841 … 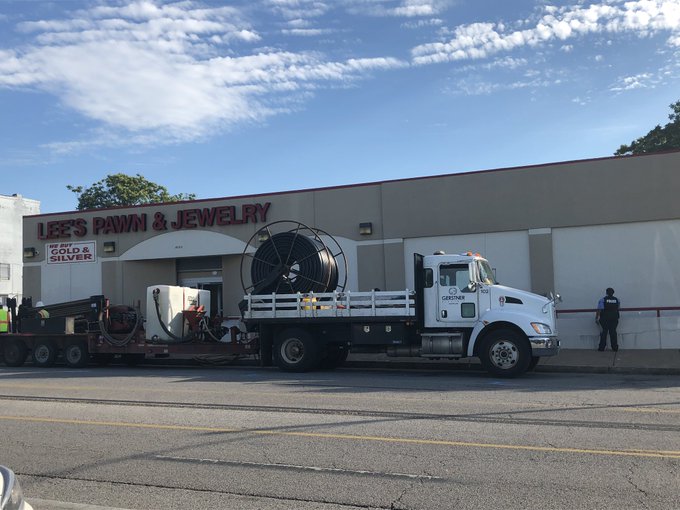 43 people are talking about this

Police said Dorn was pronounced dead at the scene after suffering a gunshot wound to the torso, KTVI reported.

“He was the type of brother that would’ve given his life to save them if he had to,” The Ethical Society of Police in St. Louis tweeted.

“Violence is not the answer, whether it’s a citizen or officer.”

One of the people murdered last night was a retired St. Louis City Captain. He was murdered by looters at a pawnshop. He was the type of brother that would’ve given his life to save them if he had to.

Violence is not the answer, whether it’s a citizen or officer.

589 people are talking about this

Dorn spent 38 years with the St. Louis Police Department before he was hired as the Moline Acres police chief in 2008, according to a 2008 report by the St. Louis Post-Dispatch.

He started as a rookie patrol officer in 1969 and was a captain when he retired in October 2007.

Although he had retired from the police force, he missed some aspects of the job, so he applied to be a police chief a few months later.

“I missed the camaraderie,” he said.

“I didn’t particularly miss the job. I had retired and I wasn’t doing anything. I was contemplating my next move when the job opportunity came up.”

Dorn had wanted to work on a part-time basis but said that the police chief job was too good to pass up.

“This is a different kind of challenge,” he said.

The investigation into Dorn’s death is ongoing and anyone with information is urged to call the St. Louis Metropolitan Police Department at 314-444-5371.