Jimmy Sinclair passed away at the age of 107. Before his death, he had the distinctions of being both the oldest living person in Scotland and the last surviving member of the Desert Rats.

The Desert Rats were the British troops that fought and defeated Erwin Rommels North Afrika Korps during World War II. Sinclair fought with the Cheshunt Troop of the 1st Regiment Horse Artillery in the 7th Armoured Division.

His death came just weeks after being celebrated on the 75th anniversary of VE Day.

The First Minister of Scotland, Nicola Sturgeon, called Sinclair “one of the most remarkable people” she had ever met. She went on to say that she was proud to call him friend.

“As the proud Patron of the Desert Rats Association, I was deeply saddened to learn of the death of Jimmy Sinclair at the astonishing age of 107.

“He was a true one-off, a man of remarkable humility, kindness and good humour.” 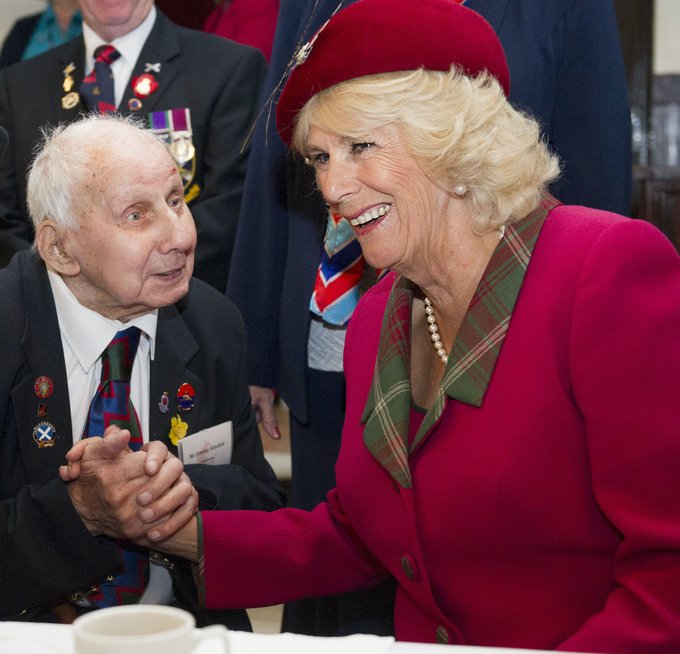 145 people are talking about this

The heads of two different Scottish charities for veterans called Sinclair an “incredible man.” They noted in a joint statement that Sinclair refused to wear his medals received for his service out of solidarity with his comrades who did not survive the war.

Sinclair was born in 1912. His mother died a month after he was born so he was raised by his grandparents.

After school, he began work as a slater. He joined the Territorial Army in 1931 and served with the Newburgh platoon of the Black Watch.

World War II began shortly after he married and he joined the Royal Artillery. He received medals for his part in the siege of Tobruk, the battle of El Alamein and assaults on Monte Cassino in Italy.

When explaining why that group became known as the Desert Rats, he recalled a time that he held a piece of chocolate in his hand and a rat came out from between the sand bags to take the chocolate and then disappear back into the bags.

He was badly burned at Monte Cassino which left him in the hospital for eight weeks. After his recuperation, he became the driver for Hugo Baring of Baring Bank.

After the war, Sinclair played trombone in an acclaimed brass band and worked for the Control Commission in Berlin.

His wife passed before him. He is survived by two children and three grandchildren.

Until the end, Sinclair enjoyed a shot of whiskey every evening before bed. When asked the secret to his long life, he responded simply, “Johnny Walker.” He also stressed the need to have a sense of humor and to keep a good attitude at all times.

He maintained a correspondence with Camilla, Duchess of Rothesay, whose father also served in the Desert Rats. She regularly sent letters and photographs to Sinclair. The Duchess called Sinclair “a true one-off,” and praised him for his humility, his kindness and his sense of humor. She went on to say that it was a privilege to have known him.

Sinclair never held a grudge against the Germans saying that the soldiers on both sides did not want to be there. He even began a friendship with Rommel’s son that continued until the junior Rommel’s death in 2013.

Sinclair had been the oldest known living man in Scotland since the death of Alf Smith in 2019 (at 111 years old). He was the last surviving Scottish soldier to have served with Field Marshall Montgomery in the 7th Armoured Division. His death came just one day before the death of Bob Weighton who was the oldest living man in the UK at the time.