It is encouraging to see that people willing to stand up to these vandals and thugs.

Proclaiming themselves to be a “battle line,” a crowd gathered in Kentucky on Friday and Saturday to guard a monument to Confederate soldiers against potential attacks by Black Lives Matter protesters.

A statue to Confederate soldiers that was moved from the University of Louisville in 2017 stands in Brandenburg, Kentucky.

On Friday, the Meade County Sheriff’s Office used its Facebook page to alert residents of an impending protest.

“The Meade County Sheriff’s Office and the Brandenburg City Police Dept. are aware of the protest planned at the site of the civil war monument on Main St. in downtown Brandenburg.

“We have reached out to other law enforcement agencies for support. We have plans in place to accommodate the protestors in their right to peaceful protest as well as protecting the lives and property of our community and its citizens,” the post said.

“We ask that the citizens of our community continue their support for our community and local law enforcement by praying for a safe and peaceful demonstration at this event.

“We recognize and appreciate all citizens that want to exercise their constitutional rights. However, with that right comes great responsibility. Please help your law enforcement do their jobs as safely and efficiently as possible by demonstrating that responsibility.

“Together we can make this event a peaceful event by working to protect everyone’s rights,” the post read.

Although protesters did gather in Brandenburg, about 30 miles southwest of Louisville, so did others who blocked access to the monument. Some of the monument’s defenders were armed.

On Friday, the groups hurled epithets at each other, but nothing more, according to WDRB.

“This is our battle line. No one is crossing it.” People are gathered in a group with their weapons making a plan to protect the statue @WHAS11 #nightteam 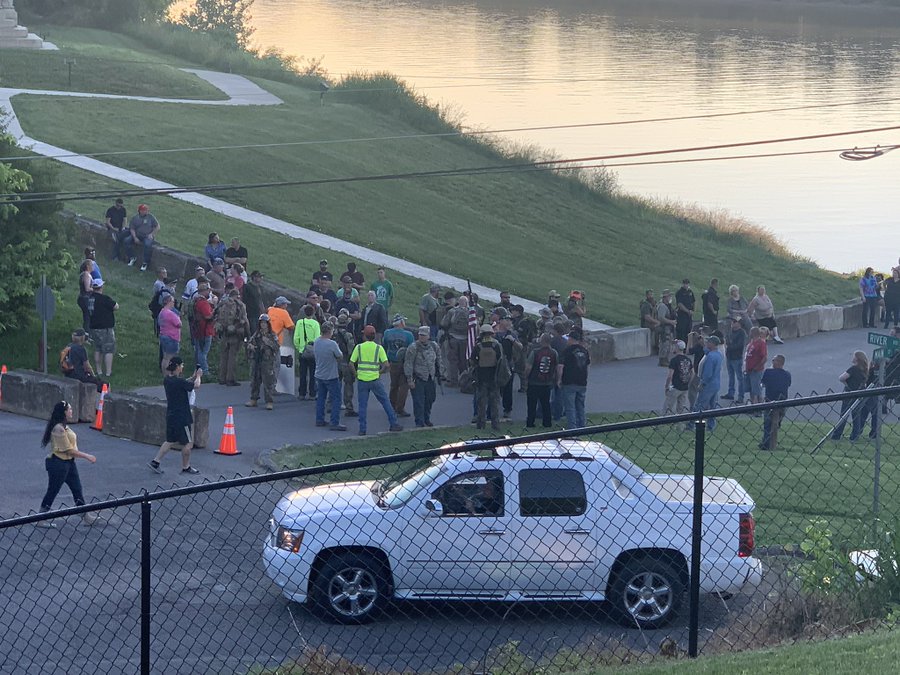 902 people are talking about this

We just arrived in Bradenburg where the city is preparing for protestors to come to the confederate statue. There is talk about people tearing it down, while dozens of citizens have lined the streets to protect it @WHAS11 #nightteam 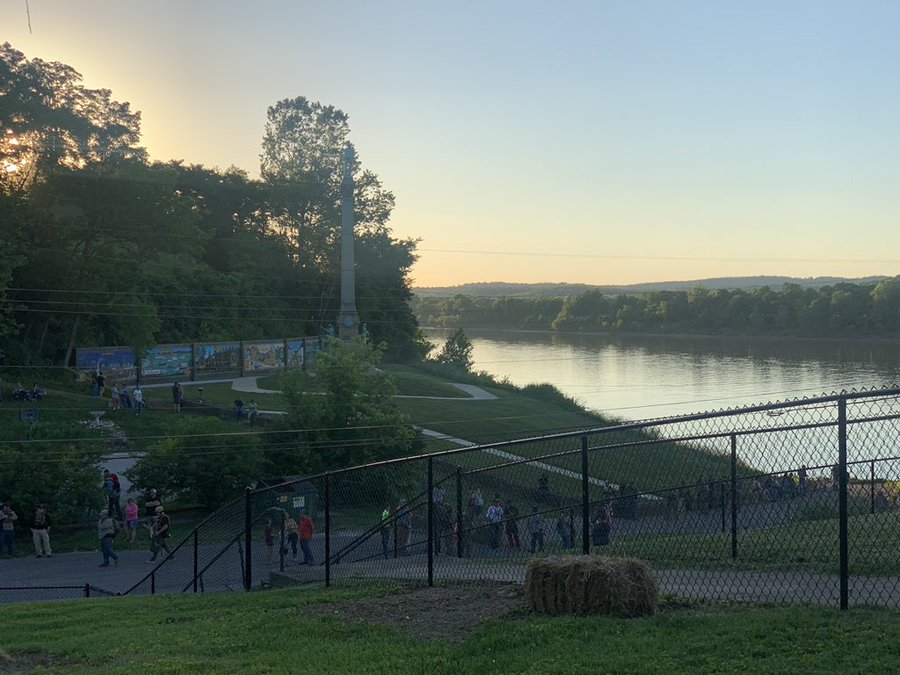 As the sun is setting here in Brandenburg, the line of people is officially up around the confederate statue @WHAS11 #nightteam 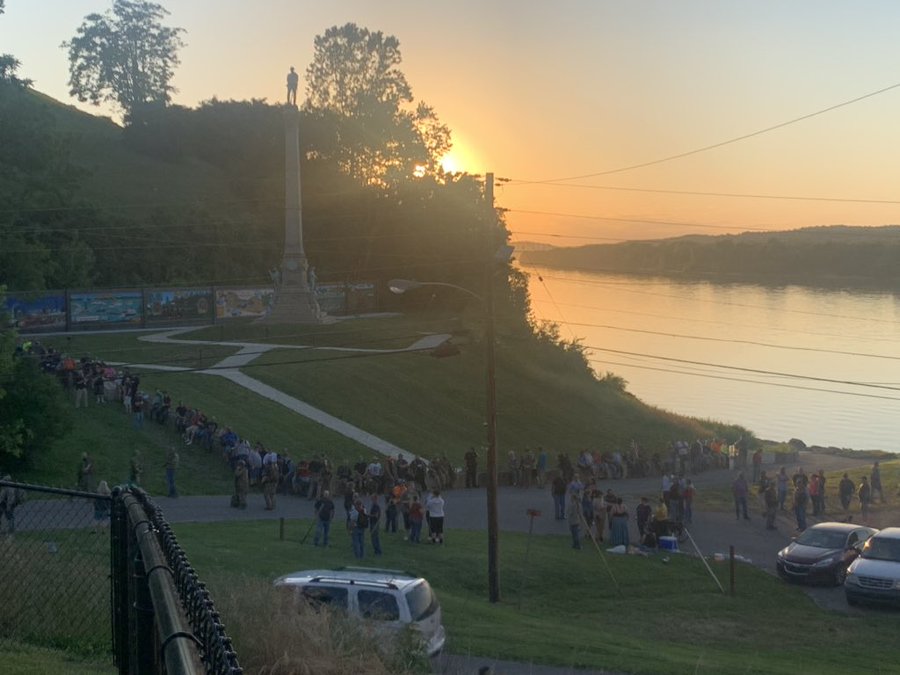 121 people are talking about this

Cletus Evans, who was at the monument, said there are different motives at work in the protests.

“There’s some legitimate groups that have very good advocating rights to protest and they do it peacefully. It’s just like when Dr. Martin Luther King protested, he did peaceful protests. It’s the groups that went beyond that and tear up buildings, that’s when, you can’t gain anything from that,” Evans said, according to WHAS-TV.

The 70-foot-tall monument was banished from Louisville in 2016.

“We all have our opinions about history, but I’ve never looked at this thing as representing slavery. You know, this is a confederates veterans monument, and that’s all,” Brandenburg Mayor Ronnie Joyner said in 2017 when the statue was moved to its current location, according to WDRB-TV.

Tumultuous protests and physical destruction of Confederate monuments has been concentrated mainly on Southern states that were part of the old Confederacy, such as North Carolina, Tennessee and Virginia.

Kentucky never officially seceded from the Union during the Civil War, but its population’s sympathies were sharply divided, as Battlefields.org has noted. Some divisions about contemporary views of the Confederacy remain to this day.