If the killer is ever found the odds are it was an ANTIFA or a BLM thug.

I hope this thug gets identified and busted and convicted.

A black man, well-known for his boisterous support of President Trump, was shot and killed by an unknown assailant in Milwaukee, Wisconsin on Thursday. Authorities say Bernell Trammell, 60, was sitting outside his publishing company when a vehicle pulled in front of the business and someone fatally shot and killed Trammell execution-style before speeding away. Trammell had reportedly spent the weeks leading up to his death advocating for Trump’s reelection.

Because of Trammell’s outspoken support for President Trump, Andrew Hitt, chairman of the Republican Party of Wisconsin, put out a statement following Trammell’s murder.

“It is tragic to learn of the senseless murder of Bernell Trammell, and I offer my sincere condolences to his family and friends. Because of Trammell’s well known political activism and the possibility that his murder could be politically motivated, I respectfully request that United States Attorney Matthew Krueger open an investigation into this heinous crime. No American should fear for their personal safety because of where they live or their political affiliation,” wrote Chairman Hitt.

While there is currently no suspect in custody and a possible motive remains unknown, the director of Milwaukee’s Office of Violence Prevention, Reggie Moore, told the Journal Sentinel of a recent dispute between Trammall and a young man that Moore believes was related to a Trump sign that Trammell had been carrying.

Milwaukee police are encouraging anyone with information about the shooting to call (414) 935-7360 or Milwaukee Crime Stoppers at (414) 224-TIPS.

PARIS
@PARISDENNARD
“It is tragic to learn of the senseless murder of #BernellTrammell & I offer my sincere condolences to his family & friends….No American should fear for their personal safety because of where they live or their political affiliation.” @AndrewHittGOP https://wisgop.org/statement-murder-bernell-trammell/… 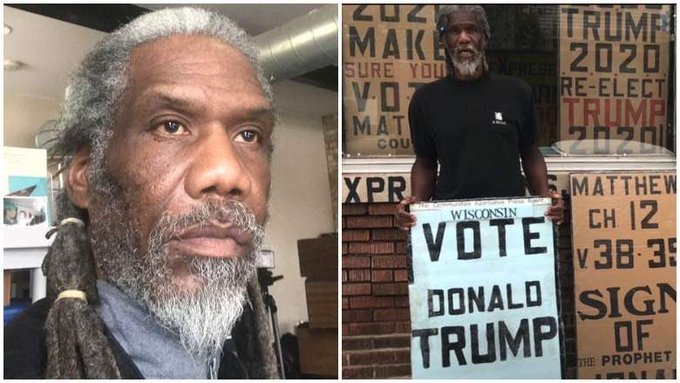