The DemocRats will ruin businesses if this ghost gun legislation passes and becomes law.

A recently introduced bill seeks to make it even tougher to manufacture so-called “ghost guns,” but the wording of the potential law seems as though it would end up making common tools illegal.

The bill, H.R. 7468, introduced July 1 by Democratic Rep. Jamie Raskin, aims to “impose prohibitions relating to machines designed for the manufacturing of frames or receivers for firearms.”

While this description and the bill’s title, “Stop Home Manufacture of Ghost Guns Act of 2020,” make it appear as though it will only affect industrial manufacturing equipment, the truth is much worse.

“Ghost guns” are firearms that are privately made, and therefore have no commercial serial numbers that can be used to trace them. As much as liberals detest regular firearms, they seem to hate “ghost guns” even more.

Raskin’s bill would make it unlawful for the average citizen to possess or purchase a “firearm manufacturing machine.”

Licensed firearms manufacturers would be exempt from this restriction.

The real problem surfaces as Raskin, who represents Maryland’s 8th Congressional District, tries to define a “firearm manufacturing machine,” only showing his own apparent ignorance of what he’s trying to legislate.

The bill defines these nefarious machines as “a device designed or redesigned, made or remade, and intended to be used primarily to make, or convert a product into, a frame or receiver for a firearm; and any combination of parts designed or intended for use in making a device described in subparagraph (A) and from which such a device may be readily assembled.”

As many gun enthusiasts are aware, all it takes to make something that is legally considered a firearm is a block of aluminum and a milling machine.

The danger in Raskin’s bill hinges on the government’s definition of a firearm.

According to the Bureau of Alcohol, Tobacco, Firearms and Explosives, “receiver blanks that do not meet the definition of a ‘firearm’ are not subject to regulation under the Gun Control Act (GCA).”

“ATF has long held that items such as receiver blanks, ‘castings’ or ‘machined bodies’ in which the fire-control cavity area is completely solid and un-machined have not reached the ‘stage of manufacture’ which would result in the classification of a firearm according to the GCA.

Thankfully, the ATF provides the public with some example pictures that illustrate how utterly insane this bureaucratic designation of what legally constitutes a firearm truly is.

Below is a piece of metal that is not considered a firearm by the agency. 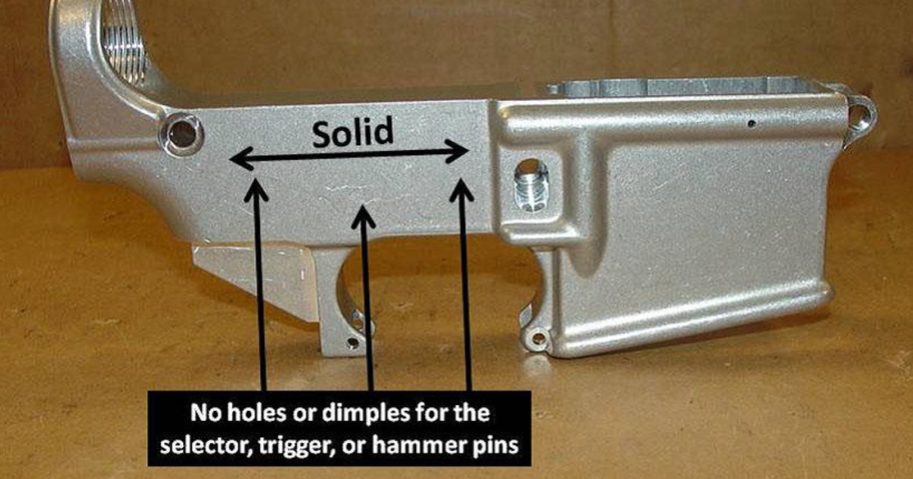 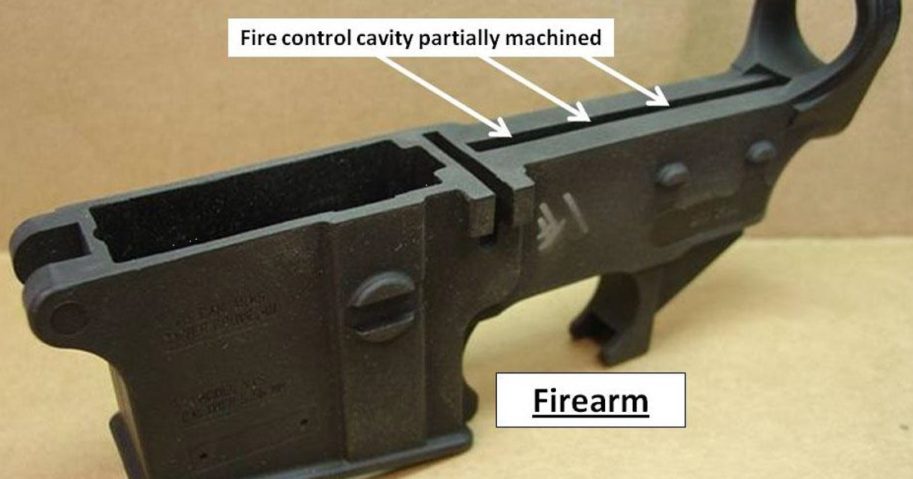 With the addition of a few simple holes, a plain block of metal can become a firearm with all the legal ramifications that come with that designation.

As any high school metal shop student can tell you, the simple act of drilling holes in a small block of metal is not a complicated task. With the right tools and knowledge, a rhesus monkey could do it.

One of the tools that could be used to accomplish this, a milling machine, is a common fixture in machine shops across the nation. Many people even have one in their garage, and some used models can be sourced online for a few hundred dollars.

Of course, there is more than one way to skin a cat.

Drill presses and electric drills can be used to carve out holes in an unfinished receiver. Even hand tools, with enough patience, can be used to turn an ordinary block of metal into something the government considers a firearm.

A quick search online is all it takes to prove that home receiver milling is not as uncommon as Rep. Raskin seems to think.

With Republicans holding the Senate and White House however, it seems unlikely that this bill will make it any further than the House of Representatives.

Thankfully it looks like our machine tools are safe from more government regulation for now.

After all, if tools are outlawed, only outlaws will have tools.