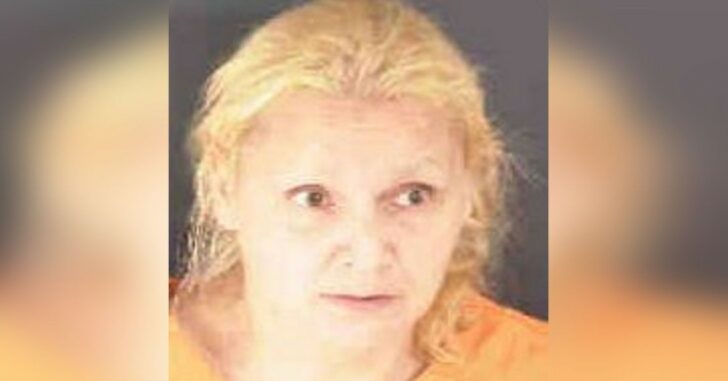 Deputies say the Amazon delivery driver reported that an unknown woman pointed a firearm at him while he was in the area of Vamo Road and Rita Street.

According to deputies, while the Amazon delivery driver was reporting the incident to law enforcement officers (LEO’s), someone else called them and said that an unknown woman was walking down Rita Street pointing a firearm.

Deputies say when they arrived on the scene they spoke with several residents in the area and many of them said that the person was probably a trans-gendered woman named Emanuella. According to deputies, they made contact with Emanuella, who was later identified as 41-year-old Tadeush Miller.

While being interviewed, the driver told police that he first saw Miller in the middle of the road. The driver then stopped and got out of the Amazon van and at that point, Miller was standing by the door and pointed a handgun at his face. She was screaming at him and if that’s not terrifying, I don’t know what is.

Deputies say the driver feared for his safety and the safety of others and asked Miller what was she thinking and to not shoot him and Miller walked away from him while still pointing the gun at him.

There’s the lucky part right there. Do we know if the gun was loaded? No. Did police recover the gun? No. Would Miller have actually pulled the trigger? Not sure.

This is, however, a very real case of justified self-defense with a firearm. Not for Miller, of course, but for the Amazon driver or anyone else that Miller was threatening with the gun.

Miller was identified and taken down to the police station for an interview. She denied the allegations. When police showed her surveillance video of her pointing the gun at the driver, she told police that it wasn’t her.

She is currently facing charges, and of course the outcome is unknown. Will she go to jail? If so, will she be out soon? Does she still have access to the gun?

We don’t know and we probably never will.

And that’s exactly why we carry.

One thought on “Woman Points Gun At Amazon Delivery Driver, And That Driver Got Lucky”