With South Carolina DemocRat Joe Cunningham it is a case of do as I say not as I do lobbying for me but not for thee.

Democratic congressman Joe Cunningham (S.C.), who has railed against lobbyists for placing a “stranglehold over American politics,” lobbied on behalf of a posh Florida yacht club to thwart local environmentalists.

Cunningham joined Florida-based engineering consulting firm Turrell, Hall & Associates in May 2005, according to his LinkedIn profile. The Democrat quickly registered as a lobbyist in Collier County on May 26, 2005, documents reviewed by the Washington Free Beacon show. Roughly two years later, Cunningham appeared before the Marco Island City Council to represent Marco Island Yacht Club, which planned to construct two large boat docks in the Marco River. 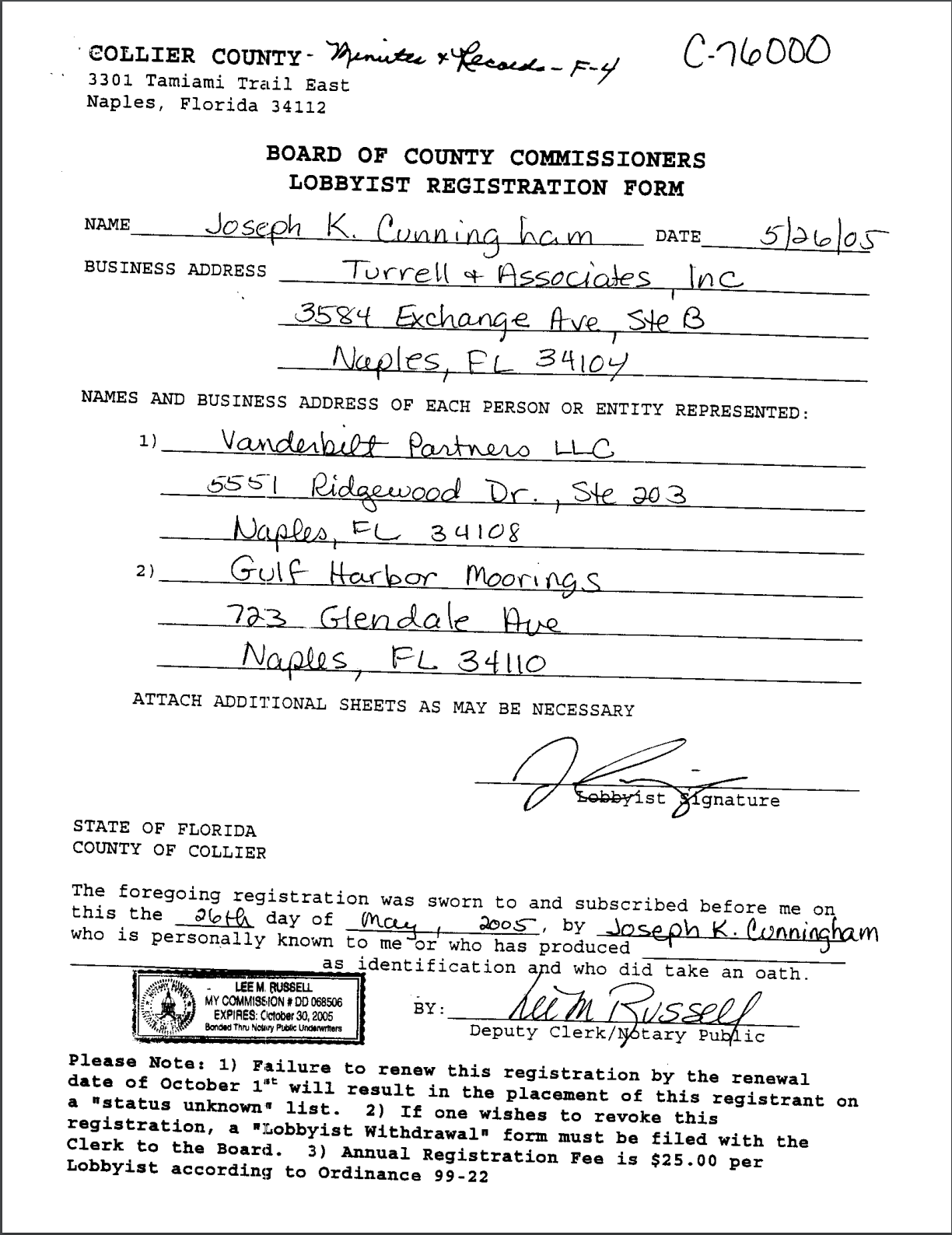 The project was opposed by then-city planner Bryan Milk, who argued that the docks could “put too much strain on the area’s manatee population” and would create “too imposing a presence on both the Marco River and the Chestnut Waterway,” according to the Naples Daily News. Cunningham pushed back, arguing that the docks “would not be too cumbersome.”

City councilmembers eventually approved the proposal in March 2008, with the Daily News calling the decision “controversial.” The Marco Island City Clerk’s Office told the Free Beacon that it does not require lobbyists to register with the city, meaning Cunningham did not officially disclose his council lobbying activities on behalf of the yacht club. He did, however, register as a lobbyist for the yacht club with Collier County in September 2008 as he worked to move the project forward at the county level, local filings and internal emails obtained by the Free Beacon show.

Cunningham did not respond to a request for comment. 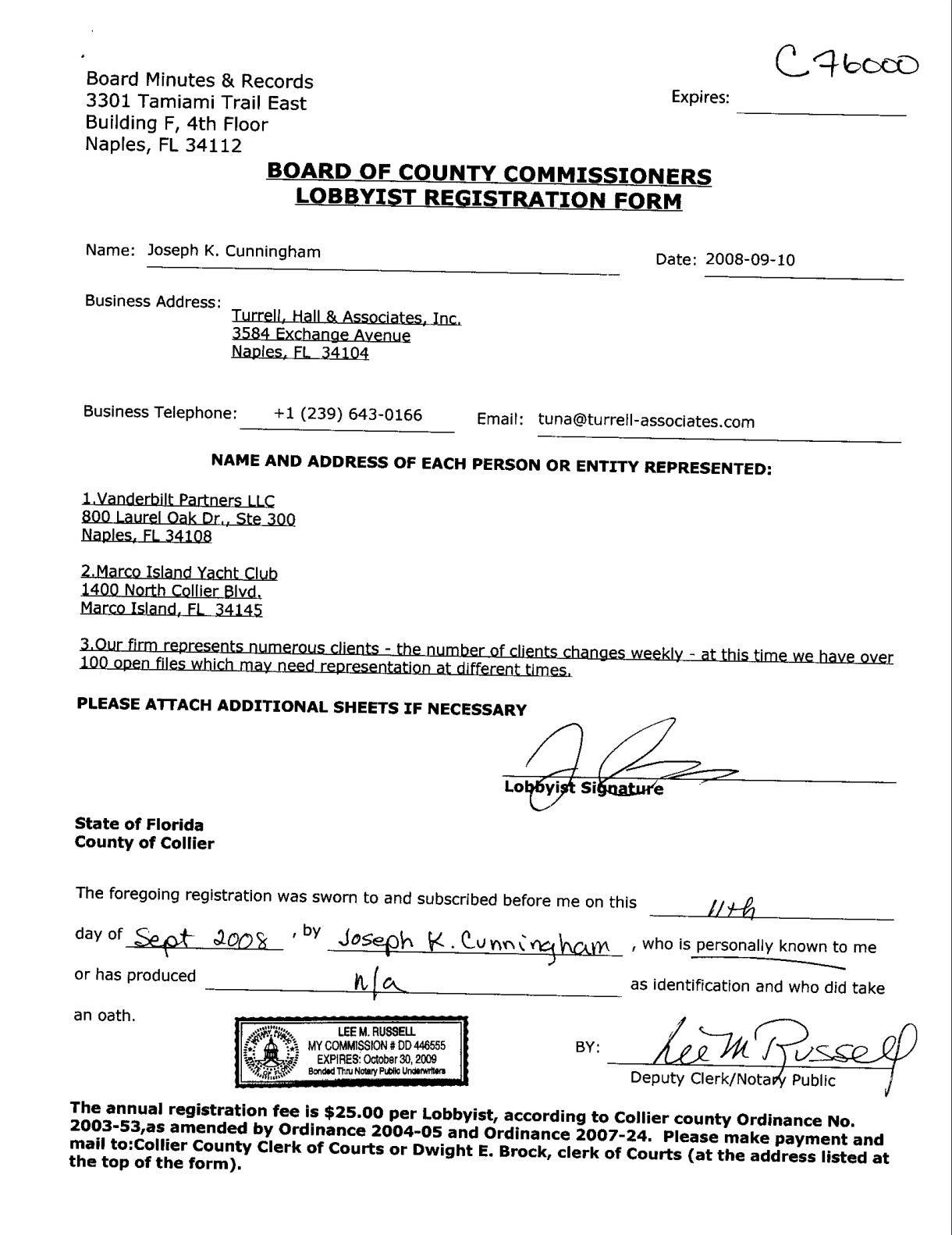 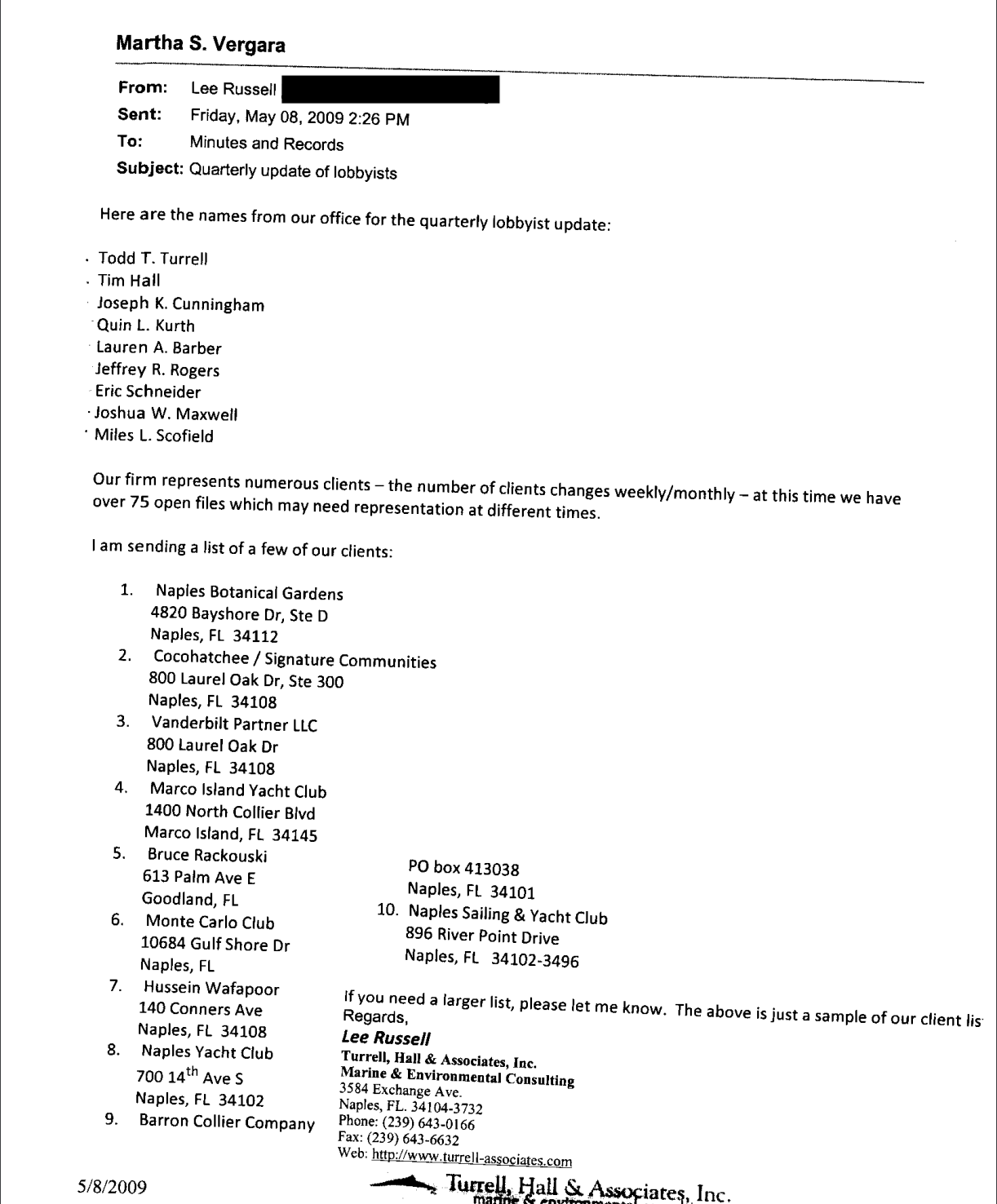 Cunningham, who is considered one of the more vulnerable House Democrats in the country, routinely attacked lobbyists during his 2018 congressional campaign against Republican Katie Arrington. The Democrat pledged to be “accountable to you and you alone” in an October 2018 Facebook post, saying that “lobbyists and corporations have had a stranglehold over American politics for far too long.”

Cunningham has also opposed similar projects for environmental reasons as a federal lawmaker. When a county in his district rejected a plan to build a resort on Bay Point Island, citing a “sensitive barrier island environment,” the South Carolina Democrat celebrated the decision and promised to “continue to fight to preserve this beautiful and sacred plot of land.

Cunningham was removed from Turrell, Hall & Associates’s lobbyist list in April 2010, three months after his LinkedIn profile says he left the consulting firm. 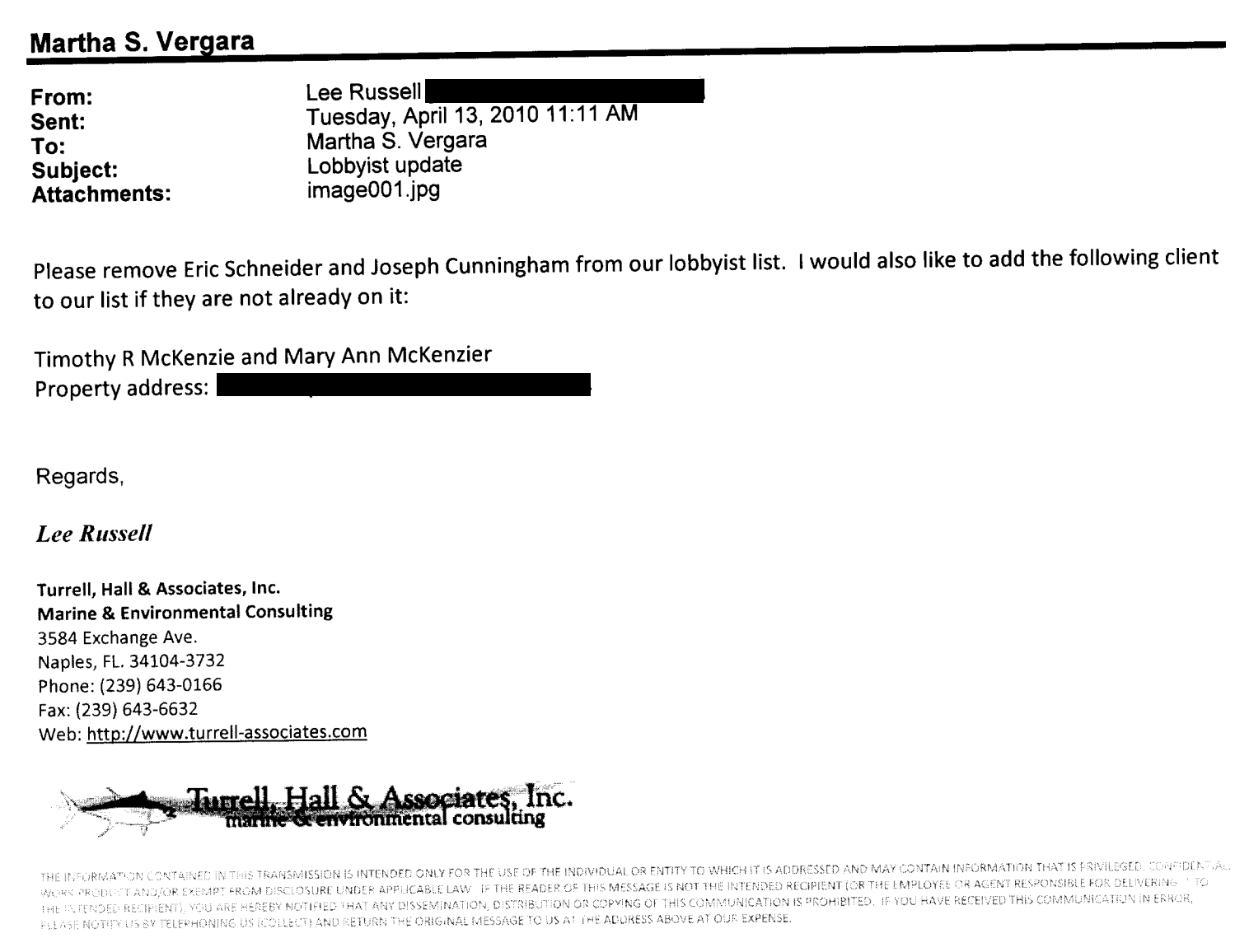 The Democrat’s tenure at the firm was subject to scrutiny during his 2018 campaign. Cunningham released an October 2018 television ad saying that “as an ocean engineer,” he’s “always opposed offshore drilling.” The claim sparked a complaint with the state’s labor department, as it is illegal to use the title “engineer” without being registered as one in South Carolina. Cunningham worked three-and-a-half years as an unlicensed engineer intern at Turrell, Hall & Associates before receiving his Florida engineering intern license in December 2008. He has never received an engineering license in South Carolina.