If the DemocRats succeed in making D.C. the 51st state we will get gun control among other things rammed down our throats.

Those hawking gun control like an infomercial pitchman can’t understand why no one wants what they’re selling. It’s like snake oil. From President Joe Biden to Congressional Democrats, they claim it will cure everything from freckles to skyrocketing crime rates.

What they’re really trying to sell is the failed ideas in a recycled glass bottle covered with a new label. Americans know this and they’re turning up their noses at the cure-all con.

Newsweek reported the Pew Research Center ranked support for gun control lower now than it was in 2019. When the think tank asked Americans in 2019 if they supported stricter gun control, 60 percent said yes. Today, it dropped seven percentage points. Just 53 percent said they would support them today, even as Democrats in Congress shout for gun control and President Biden pitches fraudulent claims about gun sales from the White House.

President Biden was caught by The Washington Post selling his own gun control snake oil. He claimed in his remarks standing next to Japan’s Prime Minister Yoshihide Suga that gun control was a forgone conclusion by even the gun-owning American community.

“The folks who own weapons, the folks who own guns, they support universal background checks,” President Biden claimed. “The majority of them think we should not be selling assault weapons.”

Setting aside the president’s purposeful conflation of automatic firearms for semiautomatic rifles, The Washington Post awarded the president “Two Pinocchios.” That’s on top of getting fact-checked by Politifact for falsely claiming guns are sold without background checks at gun shows during a White House Rose Garden address. He was also caught exaggerating claims about the Protection of Lawful Commerce in Arms Act (PLCAA) in the same event.

“The White House could not point to a poll that supported the claim, while a recent Post poll found a narrow majority opposed it,” the Post reported. 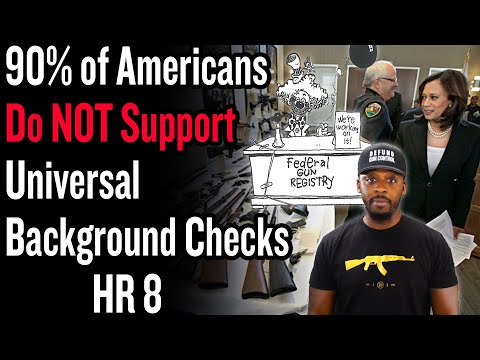 “The 90 percent of Americans support universal background checks line is a shaming tactic designed to artificially manufacture groupthink,” Noir said. He pointed out the line was used in 2013 to push the gun control agenda, only to have it fail.

Noir more recently pointed out the most recent attempt, H.R. 8, passed the U.S. House of Representatives in a near party-line vote of 227-203, nowhere close to 90 percent. It was also much narrower than the 50-vote margin the same bill passed the House in 2019.

Since Congress represents America, it’s clear something is amiss.

That must be why gun control advocates are turning to Dr. Anthony Fauci. America’s leading expert on COVID-19 and Director of the National Institute for Health’s (NIH) National Institute of Allergy and Infectious Diseases (NIAID) and current Chief Medical Advisor to the President.

“You know, myself, as a public health person, I think you can’t run away from that,” Dr. Fauci told CNN’s Dana Bash on “State of the Union.”

It’s undeniable that serious attention must be given to mental health. His assertion that crime can be solved through vaccination is absurd. Given the national stage that Dr. Fauci is commanding on COVID-19, it’s not a far stretch for the White House to insert him into their gun control agenda.

America has turned away from gun control rhetoric and continues to reject it. Polls can be twisted to produce results, but actions are showing the real story. There were 21 million background checks for the sale of a gun last year, including over 8.4 million people who bought a firearm for the first time. Firearm ownership isn’t an inexpensive endeavor, so this demonstrates serious commitment to take a policy stand. Some of those buyers endured drawn-out processes of obtaining permits to purchase, firearm owner identification cards and registration just to exercise that right.

That isn’t slowing down, either. The talk of increased gun control is driving firearm sales. Chris Dorsey, writing for Forbes, had a clear explanation for the phenomenon of Americans ignoring what he called gun control “carnival barkers.”

“As Biden and the Dems ramp up their rhetoric, undoubtedly poised to pounce in the aftermath of the next shooting, nearly 6 million Americans have purchased firearms since inauguration day,” Dorsey wrote. “They’re going to the range, getting conceal carry permits and, in so doing, are sending an undeniable message to politicians everywhere: When it comes to protecting themselves and their families, they’re not waiting for a government solution.”