World War II. The Supreme Court. Idaho potatoes. License plates have quite the story to tell. 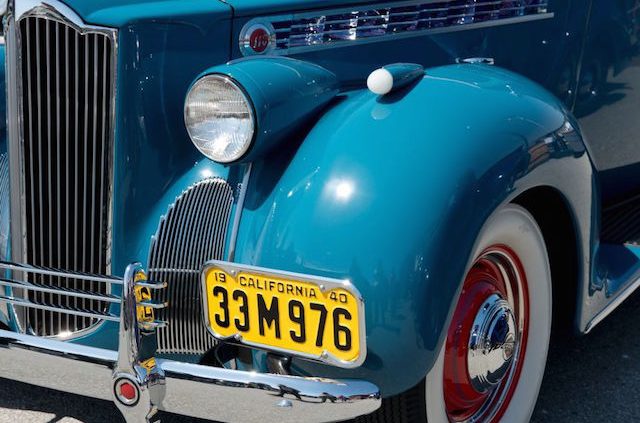 With some 270 million vehicles registered in the U.S., each one adorned with an alphanumeric metal panel, it’s easy for license plates to be overlooked – maybe even maligned for their connotation of trips to the DMV. But like other parts of the automobile’s past, there’s more to the history of license plates than what meets the eye. As unlikely as it may seem, these vehicle identifiers have been influenced by technology, culture and current events. Thus, they offer a unique window into our country’s past.

Let’s take a look at the last 100-plus years of license plate history.

On April 25, 1901, New York Governor Benjamin Odell Jr. signed a bill into law that required vehicle owners to register their cars with the state. As part of the registration process, the law dictated all automobiles have “the separate initials of the owner’s name placed upon the back thereof in a conspicuous place, the letters forming such initials to be at least three inches in height.”

There was one catch: New York State did not issue the plates; owners were expected to create them on their own. This meant there was no standardization and early plates varied widely in materials, style and color. Motorists commonly used metal, wood or leather. Some even painted letters directly onto the vehicle.

Get a free wheels-off brake inspection this summer at your local AAR facility.LEARN MORE

Massachusetts becomes the first state to issue license plates to drivers. These cobalt blue plates were made of iron and covered with porcelain enamel.

The very first plate featured just the number “1.” It was issued to Frederick Tudor, who worked for the highway commission. It remains an active registration by a member of his family.

Nowadays it’s very common for state slogans or other phrases to adorn license plates. That all started when Idaho began stamping “Idaho Potatoes” on all its license plates back in the 1920s.

Pennsylvania becomes the first state to issue customized license plates, beginning what would grow into a popular trend. At the time, however, drivers could only add their initials to the plate.

According to the American Association of Motor Vehicle Administrators, there were 9.7 million vehicles with personalized vanity plates in North America in 2007.

During World War II, a vast amount of the country’s metal supply was used to build war supplies. This led to a nationwide metal shortage and states were forced to use alternative materials for their license plates, including fiberboard, cardboard and even soybean-based plastic.

History of state license plates. See the full infographic of all 50 states.

Automobile manufacturers come to an agreement with international governments and standards organizations on the size of license plates. The standard plate size is set at 12 by 6 inches in the United States.

The manufacturing company 3M introduces High Intensity Grade Reflective Sheeting. States began to require the new material be used in the production of license plates in order to improve visibility.

The land’s highest court gives their decision on the case of Wooley v. Maynard. Up until that point, the state of New Hampshire required all noncommercial vehicles to have license plates containing the state motto “Live Free or Die.” Resident George Maynard cut off the words “or Die,” believing they went against his religious beliefs. He was cited for violating the state law, fined, and after refusing to pay, jailed for 15 days.

Maynard sued and the case eventually made its way to the Supreme Court. In a 6-3 decision, the court ruled that New Hampshire could not require citizens to display the state motto, stating “New Hampshire’s statute in effect requires that appellees use their private property as a ‘mobile billboard’ for the State’s ideological message…The First Amendment protects the right of individuals to hold a point of view different from the majority, and to refuse to foster, in the way New Hampshire commands, an idea they find morally objectionable.”

License plates are not the only automobile accessory to make it to court. Bumper stickers have been there too.

A 1921 Alaska license plate is sold for $60,000. To date, it is the country’s most expensive license plate. Its high value is a product of its rarity as the plate is one of only four known to exist.

Why so few? Alaska in the 1920s was not even a U.S. state at the time. It remained mostly undeveloped, with little infrastructure, including roads. Navigating its terrain in an automobile was nearly impossible, so very few people owned one. Fewer cars meant fewer license plates.