Doritos then and now.

Doritos are one of America’s favorite snack foods. Powder-covered and crunchy, they taste just as delicious arranged into a bouquet of roses as they do in rainbow colors.

And whether you’re a fan of Nacho Cheese or Cool Ranch, you may be surprised to learn the original Doritos had no cheese-flavored powder on them at all.

Doritos quickly gained popularity in the Southern California market, and by 1966 they were available nationwide. In 1967, executives decided to introduce a new taco flavor, seasoning the chip with taco seasoning. The famed nacho cheese flavor ― the most popular of all time, according to Cetera ― didn’t come around until 1972. 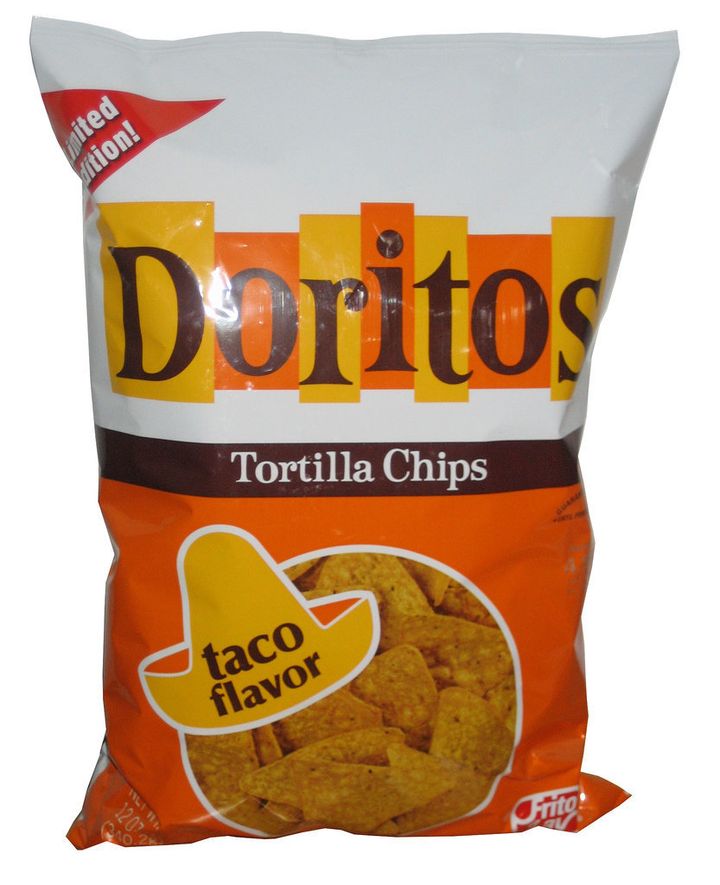 But they weren’t the first tortilla chips.

For the record, Frito-Lay did not invent tortilla chips; they were just the first to make and sell them for a mass U.S. market. The original tortilla chip is widely credited to Rebecca Webb Carranza, who is said to have begun frying tortilla pieces at her Southern California tortilla factory in the 1940s. But as with many cult snacks, it’s probably not accurate to say that tortilla chips were born in any one place. Cooks around the world had likely been frying or cooking corn-based dough hundreds of years prior to Carranza’s “invention.”

There’s a rumor that Doritos were invented at Disneyland.

The recipe for Doritos brand tortilla chips is often said to have launched at Disneyland in the early 1960s, in a former park restaurant called Casa de Fritos. The Frito-Lay corporation owned the spot, but the food originally came from a local Mexican food supplier.

As the story goes, workers from the local supplier got the idea to fry up discarded tortillas and sell them to restaurant guests. The chips were a hit. Frito-Lay executives soon took note and brought the recipe to the masses, taking credit for an invention that some say wasn’t theirs.

Not everyone thinks this story is true, and many sources credit Frito-Lay executive Arch West with inventing Doritos. As it turns out, even Frito-Lay isn’t certain.

Regarding the Disneyland story, Cetera told HuffPost, “We don’t have anything in our records or archives that confirms it… it’s difficult for us today to say where inspiration did and did not come from. We don’t credit any one individual for inventing our products.”

Looks like this secret is staying with Mickey Mouse.

And if you’d like to reach back in time…

Regardless of who invented the original Doritos, the chips have seen plenty of funky seasonings in their 52-year commercial history. Here’s a timeline of some memorable moments, per the Frito-Lay archives. (Flavors are no longer available unless otherwise noted):

2004 – White Nacho Cheese Doritos are added to the brand’s Natural line, a healthier spin on the classics.

2015 – Rainbow Doritos are sold for a limited time to benefit the It Gets Better Project for young people facing harassment. Now THAT is a chip with a cause.