Some historical facts many are not aware of.

A total of 14 men held the title of “president” before George Washington—their historical legacies are enshrined in the lobby of a hotel. 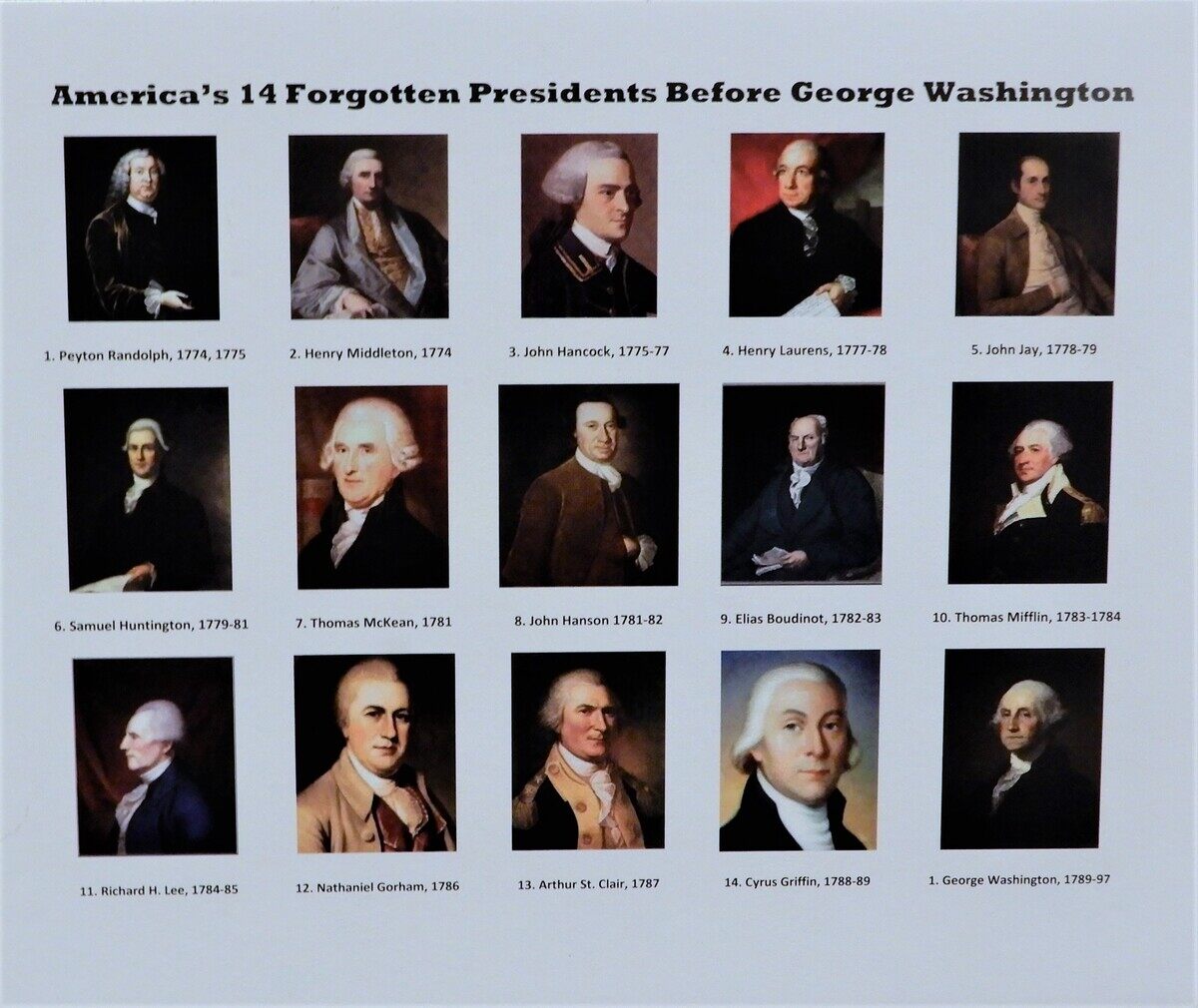 SCHOOLCHILDREN THROUGHOUT THE UNITED STATES are familiar with George Washington, the first President under the Constitution, ratified in 1788. But they might not know that there were other men who held the title of President, those who presided over the Continental Congress and the Congress of the Confederation. The Hall of Presidents Before Washington, located in the lobby of the Westin hotel in Annapolis, Maryland, helps to tell their stories.

The First Continental Congress met in Carpenters’ Hall, Philadelphia from September 5 to October 26, 1774. Peyton Randolph of Virginia was elected President of the Congress. The Presidents of this body and later the Congress under the Articles of Confederation did indeed hold the title of President, though in an altogether different sense from the office of President of the United States today. This is an executive office, not one that presides over a legislative body like Congress.

The displays in the Hall of Presidents Before Washington tell the stories of these 14 early Presidents, some with documents bearing their signatures from the collection of the brothers George, Sam, and Steve Brown. Also featured are a proclamation of the Treaty of Paris and a sample of currency from each of the 13 colonies. Here one can learn about an often-overlooked period of American history—though you may need to move a luggage cart to see it all.

2 thoughts on “The Hall of Presidents Before Washington”