I never knew these places existed. 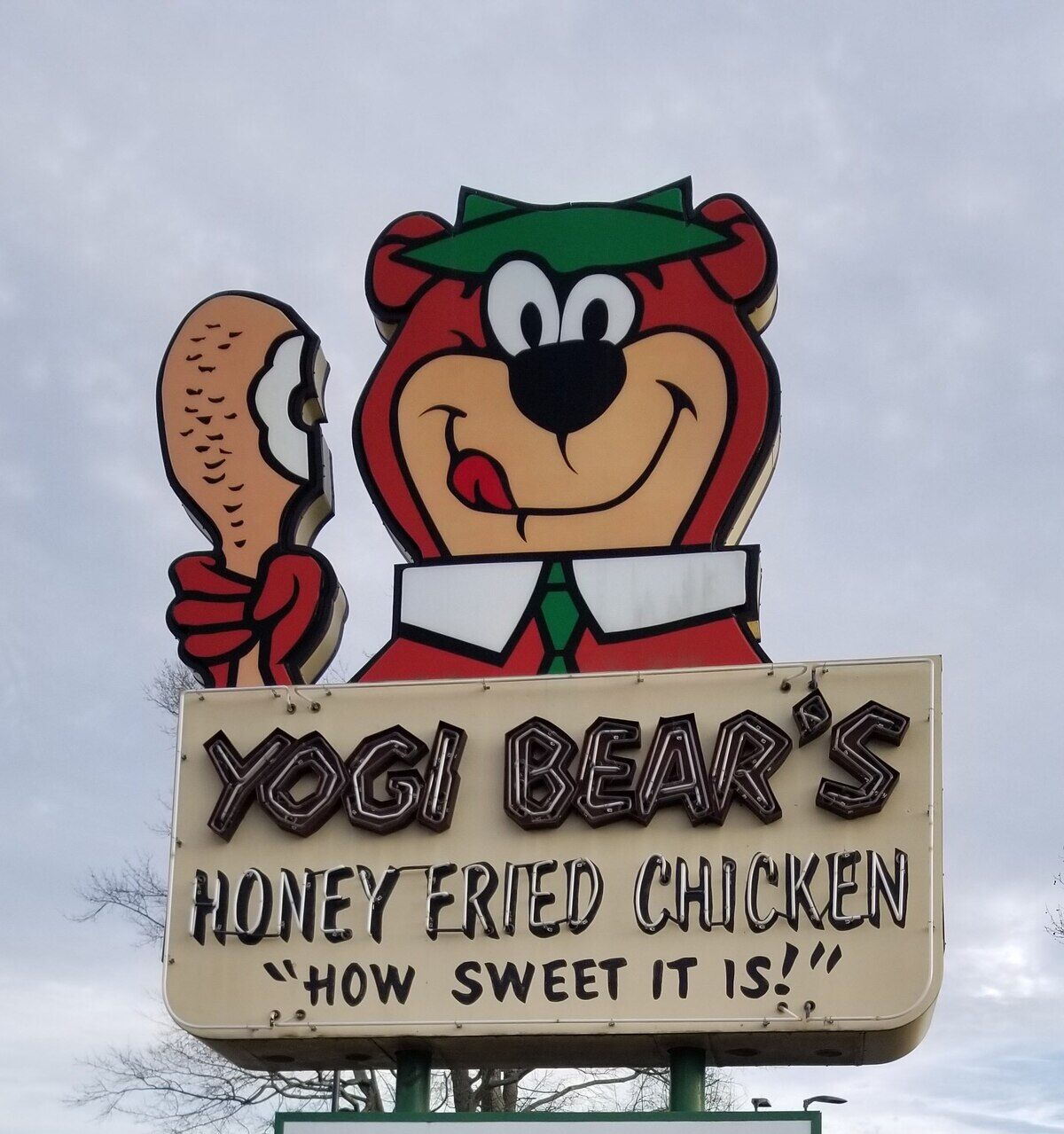 IN THE 1960S, A RESTAURATEUR from Columbia, South Carolina, developed a method for infusing a honey flavor into fried chicken. Celebrity restaurants were all the rage at the time and the inventor, Gene Broome, began to seek a celebrity endorsement for his honey-flavored chicken restaurant. He was reportedly turned down by Jackie Gleason, among others, before settling on the cartoon character Yogi Bear (and presumably coming to some arrangement with Yogi Bear owners Hanna-Barbera for the naming rights).

The new restaurant’s theme included a roadside neon sign representing a big, smiling Yogi Bear holding a chicken leg. Customers could choose between two-piece Boo-Boo Baskets, three-piece Cindy Bear Baskets, nine-piece Picnic Baskets (or “pic-a-nic,” as Yogi would pronounce it), or 21-piece Jellystone Baskets, along with sides and desserts. The store’s original location in Myrtle Beach, South Carolina, was a huge hit. Additional locations began to open across the Carolinas. Yogi Bear Honey Fried Chicken seemed poised to become a regional, if not a national, brand.

That early success drew the gaze of fast-food giant Hardees Foods Inc. They arranged to purchase the franchise chain from Broome and his partners for $1 million, according to South Carolina’s Post and Courier. Reportedly, Hardee’s primary interest was the intellectual property behind the honey flavor infusion, and not the restaurant chain itself. As a result, future expansion of the Yogi Bear chain was halted. Existing restaurants slowly began to fail under the new corporate ownership. One by one, the locations began to close, with the second-to-last location closing in the late 1990s, leaving the outpost in Hartsville, South Carolina, as the sole remaining location.

Diners in Hartsville are still greeted by a beaming Yogi as they pull into the parking lot. The menu remains largely the same and also features Southern staples such as fried chicken gizzards and sweet iced tea. The restaurant and its history are a point of pride for the local population and, despite the presence of modern fast-food chains, the citizens of Hartsville and the surrounding area still love their honey fried chicken and the restaurant enjoys a brisk business.