JaDerek Gray was stupid in waving his gun around and trying to intimidate the driver of the SUV.

19-year-old JaDerek Gray was shot and killed last Friday after brandishing a firearm at another driver. Splitting lanes and/or weaving through heavy traffic on his motorcycle (splitting lanes, for what it’s worth, is not legal in Texas as it is in some states), Gray was forced to weave around an SUV, the driver of which apparently did not see him approaching from behind as the SUV began to change lanes.

This was enough to incense Gray, who parked his motorcycle in a manner that blocked traffic. He then walked back toward the SUV with his handgun pointed at the driver. Allegedly the driver of the SUV told Gray to put down the gun because he had kids in the car. When this didn’t happen, or Gray gave some other indication of malicious intent, the driver of the SUV opened fire with his own handgun and hit Gray multiple times.

Police believe Gray fired at least once, but it appears nobody was hit.

Fox4 in Fort Worth has the story: 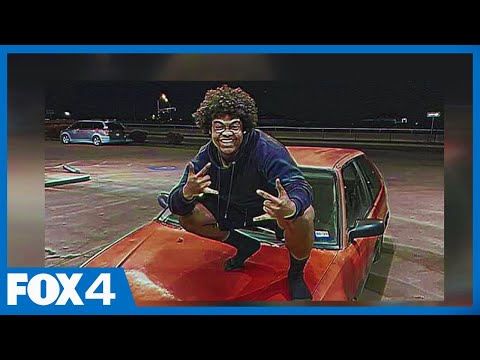 Play stupid games, win stupid prizes. This should have never happened, obviously, but especially because, by all accounts, the SUV was not being aggressive and simply didn’t see the motorcycle. Nor would the driver necessarily be on the lookout for lane-splitting motorcycles as the practice is illegal in Texas. So is, incidentally, concealed or open carry of a firearm by anyone under the age of 21.

Be more like Elsa, and just let it go.