Joe Pee Pads Biden is shithead so why wouldn’t his rest stop be a shithole?

NEWARK, Del.—At the September 2018 naming ceremony for the Biden Welcome Center off the highway in Delaware, the now-president said having his name on the rest stop was “one of the most meaningful” things to happen in his life. Once billed as a “rest stop of the future” by the enthusiasts at Roadside America for its “environmentally sensitive and sustainable design,” the stop has devolved into a dysfunctional dump, according to a Washington Free Beacon investigation.

The restrooms, equipped with an overflowing used-needle deposit box, were abnormally crowded during a mid-week July trip to the Biden Welcome Center. This was likely due to the fact that only half of the bathrooms were open, and a majority of stalls in open bathrooms were either out of service or too filthy for public use. One gentleman who entered the men’s room kicked open a bathroom stall door, let out a muffled yell at whatever sat inside the toilet, and left the facility altogether. 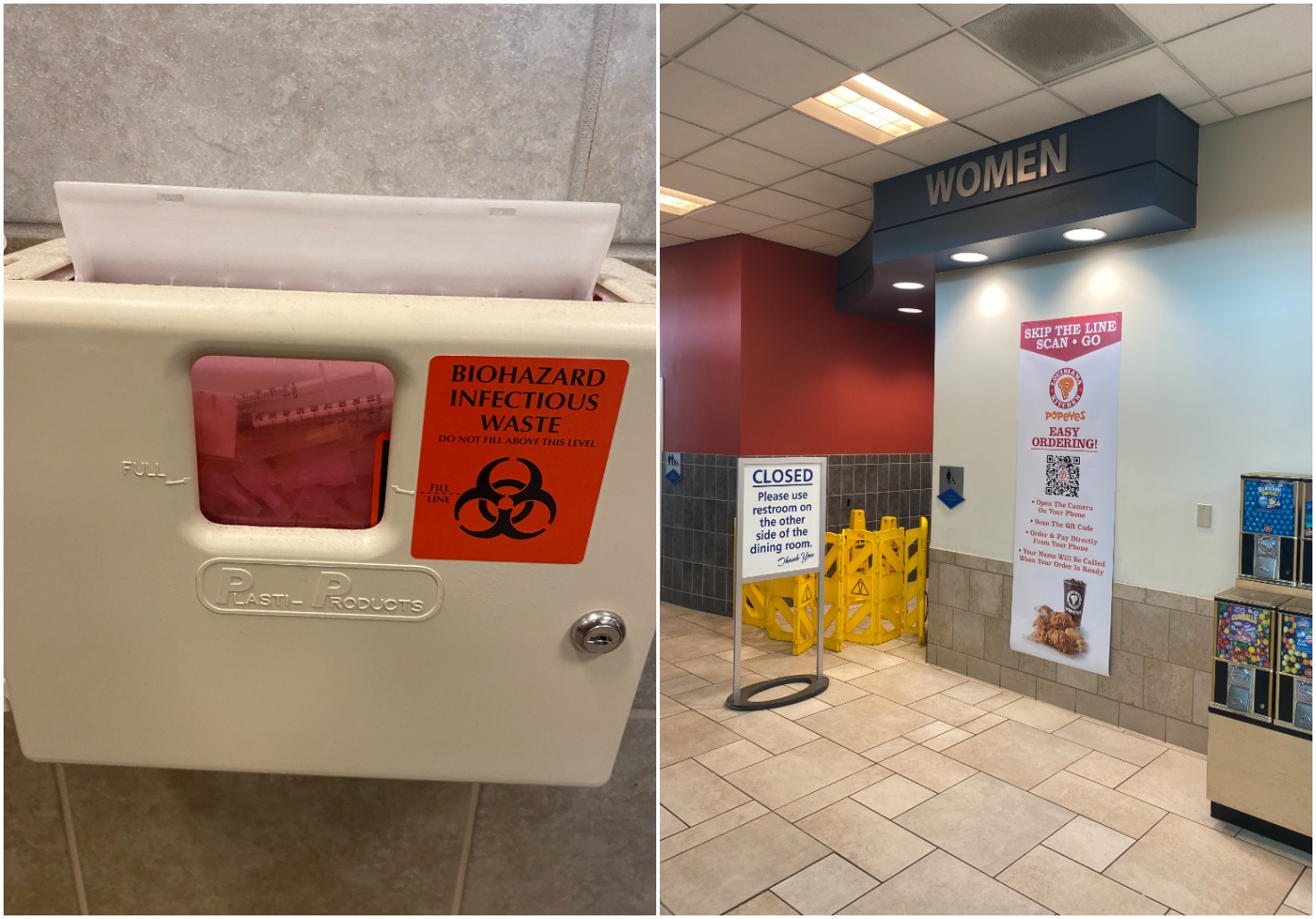 Near the exit of the men’s room sat a box for biomedical waste filled to the brim with hypodermic needles, which constitutes one of the more sanitary parts of the entire bathroom. The state of the bathrooms observed by the Free Beacon was tame compared with what’s been seen by others, according to online reviews. One visitor said the lack of attention paid to the bathrooms created an unsafe situation for her children.

“The bathrooms need to be cleaner. … My sons told their father there was a creepy man trying to look at them in stall, and when we went to the bathroom the man was exiting the bathroom to purchase food and eat it in the bathroom!” wrote the mother’s online review. “If you had regular cleaners for the bathroom this could possibly have been reported sooner.”

A Virginia couple who stopped at the Biden Welcome Center on the tail-end of a 10-hour drive from New England said it was the worst rest stop they’ve ever encountered.

“The place is a complete shithole,” said the Virginia man. “Just so filthy—we felt like we needed a shower before we got back in the car.”

Outside the rest stop, a shirtless homeless man, who presumably made the dangerous trek across I-95, sat on the curb baking in 95 degree heat. Empty malt liquor cans were scattered across the parking lot. In the defense of the littering drinkers, the ground was their only option—most of the garbage cans were filled well beyond capacity.

But cleanliness was just the beginning of the rest stop’s problems. The Discover Delaware tourism booth was gated off. Many of the over-priced restaurants housed in the Biden Welcome Center were suffering from apparent food shortages. The Burger King blared on its self-serve kiosk that “crispy chicken and spicy chicken have been discontinued,” and the Pret a Manger’s food shelves were shuttered altogether. Perhaps due to Delaware’s impending $15 minimum wage, the self-service kiosks filled the food court. 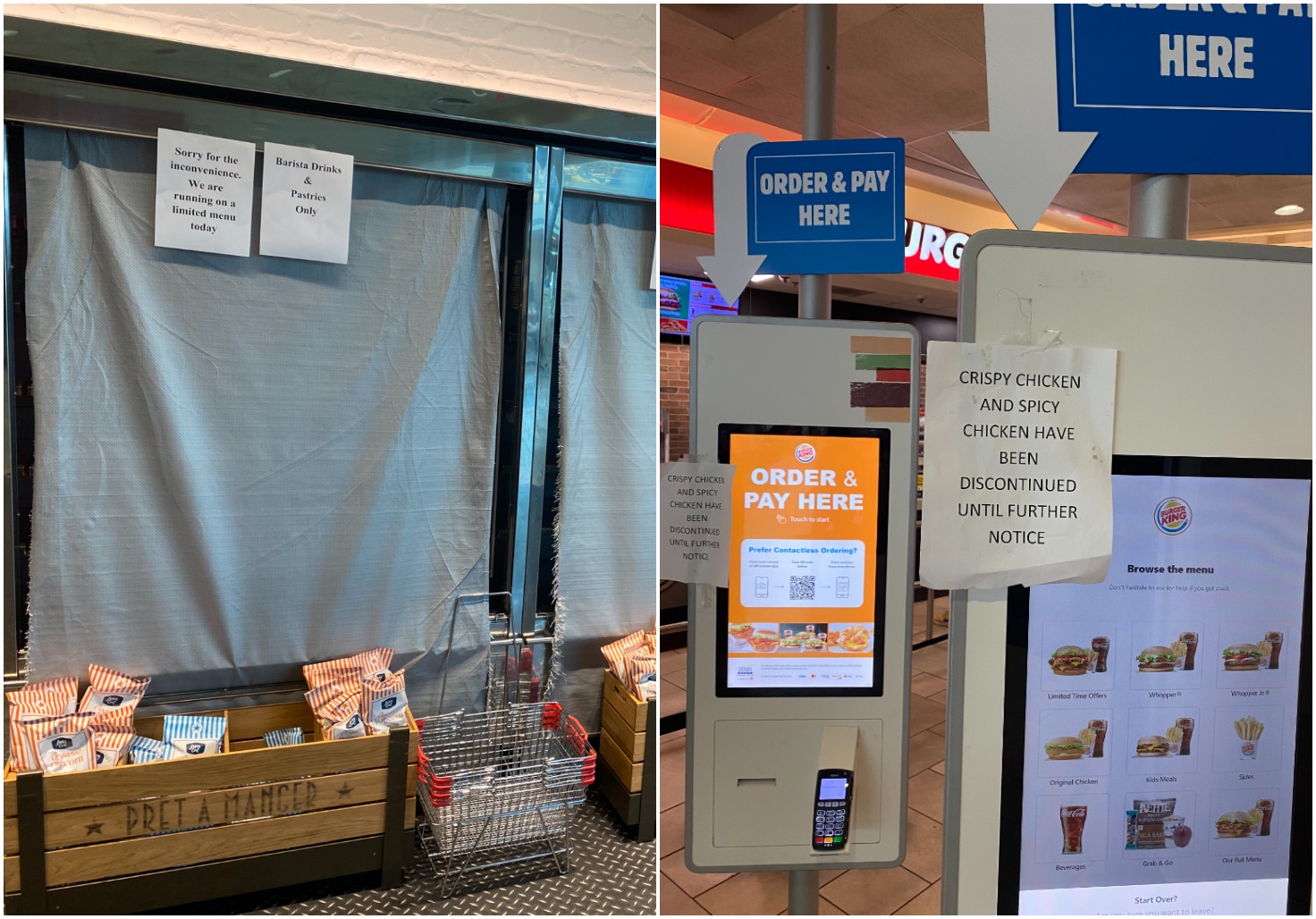 Electric vehicle owners hoping for special treatment at the rest stop, named for a president who has promised to elevate the electric car industry with $174 billion, were also likely disappointed. Half the spots reserved for low-emission vehicles were roped off with caution tape, and the other half were occupied by standard gas-guzzling sedans. While the Free Beacon did not spot any gas lines, the Sunoco, like countless other businesses around the country, sported a “HELP WANTED” sign. 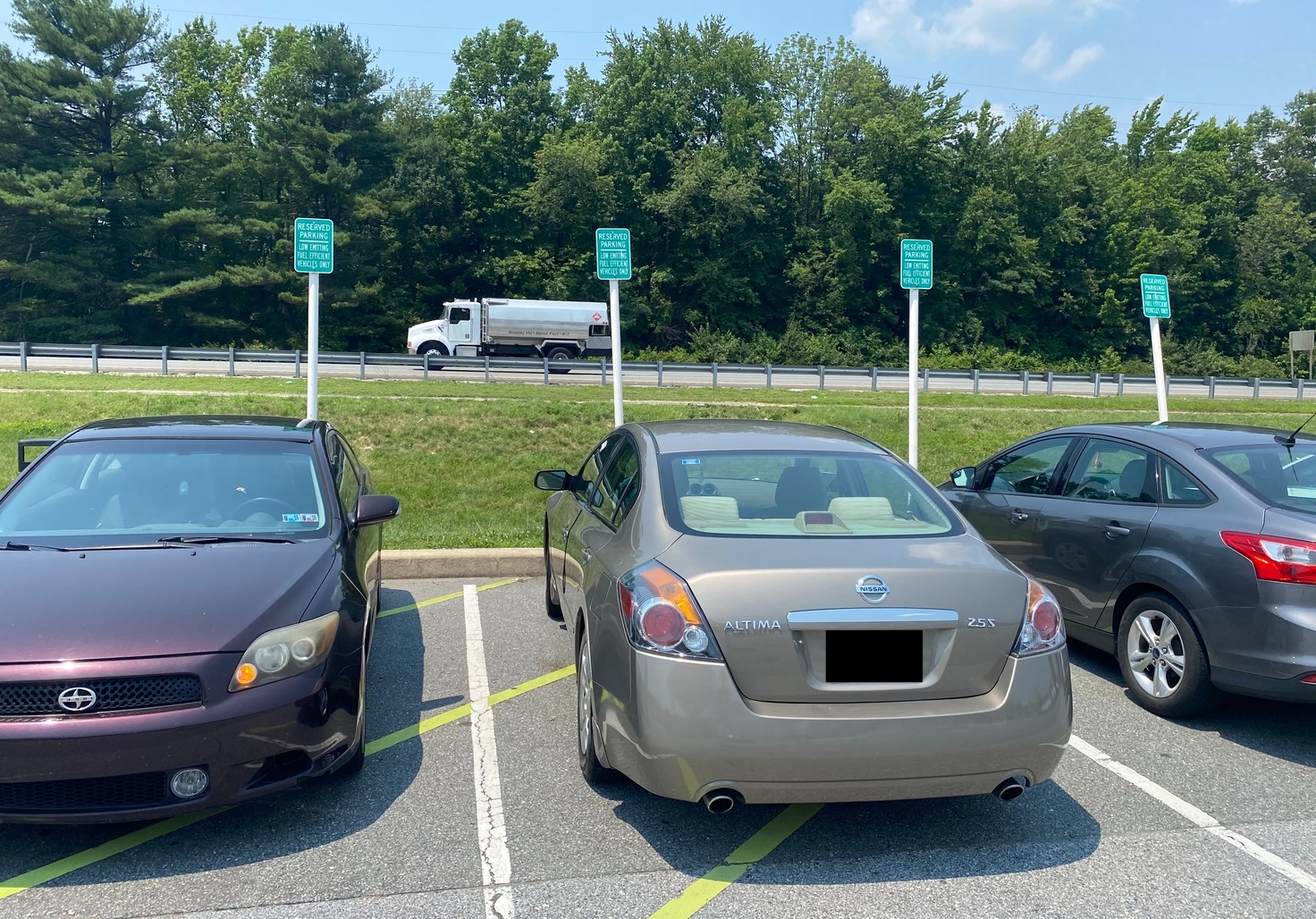 While the president won his home state by nearly 20 points in 2020, there were signs that not every Delawarean is on board with Joe Biden. Just five miles away in neighboring Wilmington, the Free Beacon saw a series of cars bearing cardboard signs in the rear window with the same message: “Prosecute Hunter Biden.” 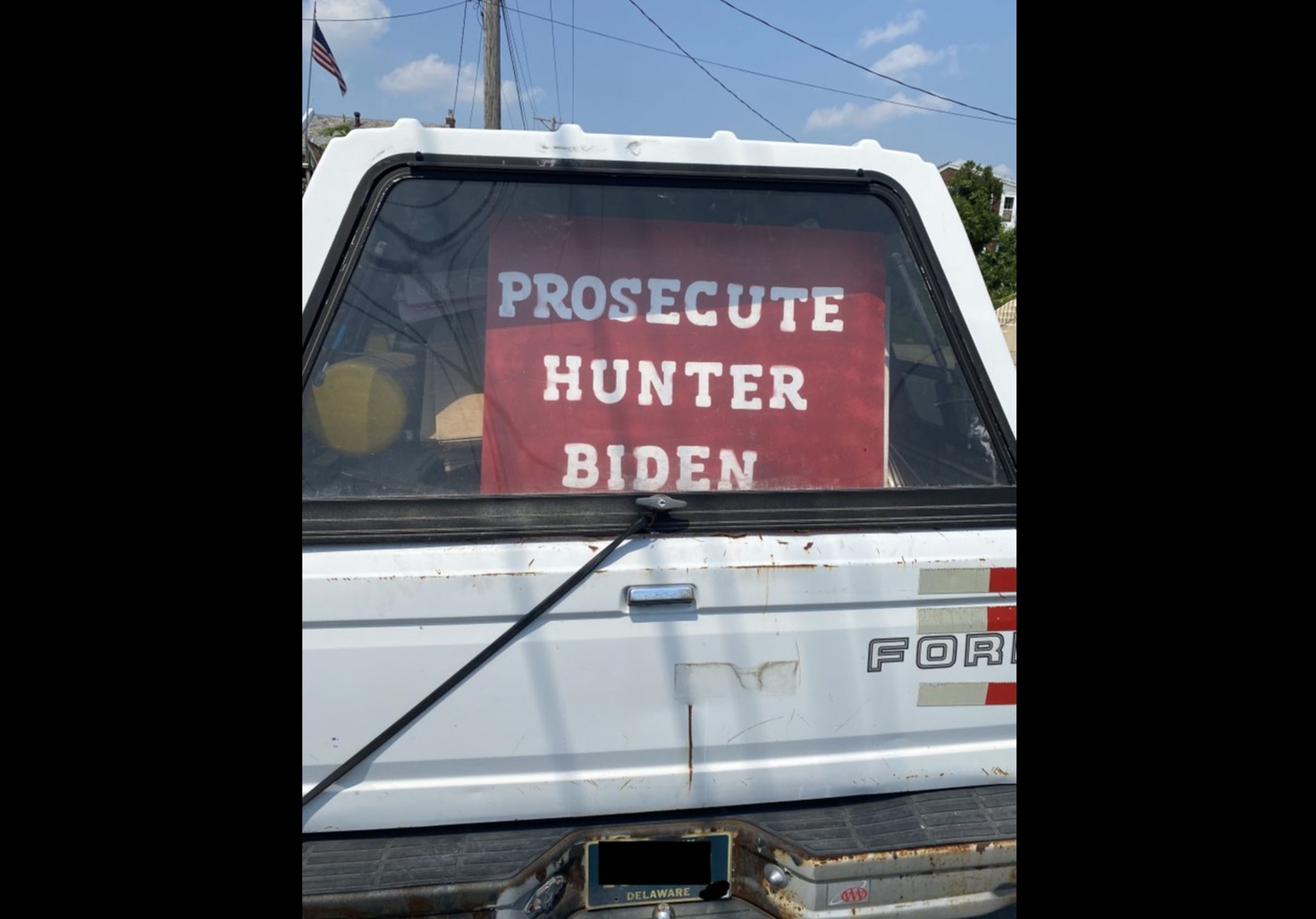