A look back at bottle openers and bottle caps..

I never think to bring a bottle opener with me until it’s too late. I inevitably end up opening my frosty beverage on a table or counter like an animal. Bottled beverages haven’t exactly gone out of style, but in a world of cans and twist-offs, this technology can seem outdated, even obnoxious.

But bottle caps and the devices with which we open them were both substantive technological advancements, which likewise made bottled beverages more hygienic and condemned millions upon millions of caps and bottles to landfills the world over. This deceptively simple technology launched an entire industry and thus begins our history of the humble bottle opener.

What Came First? The Cap or the Opener? 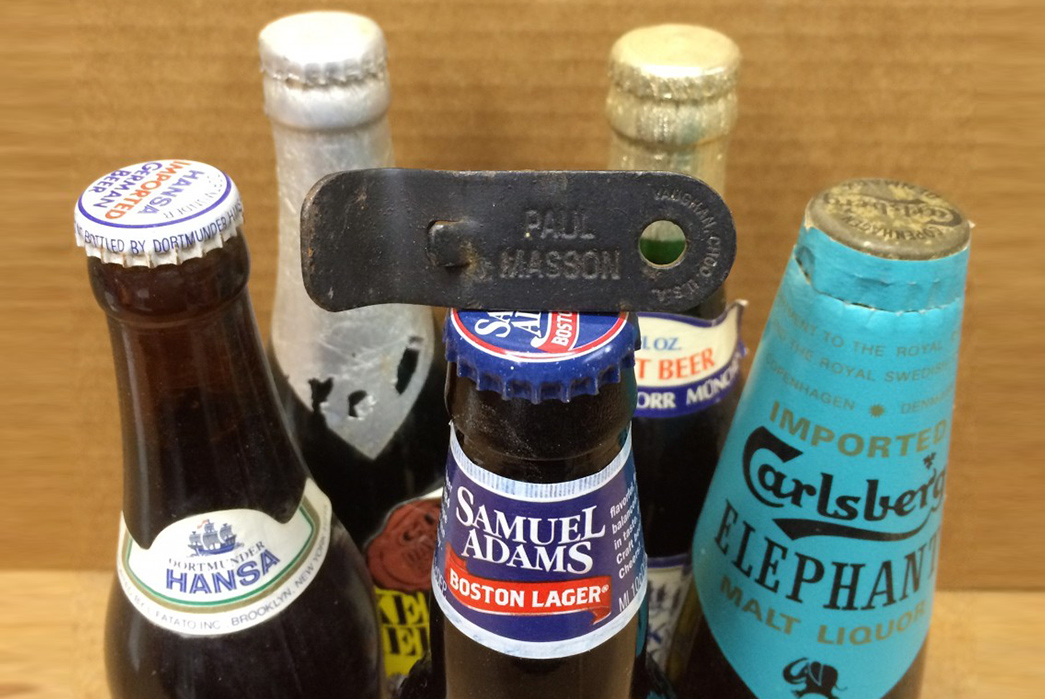 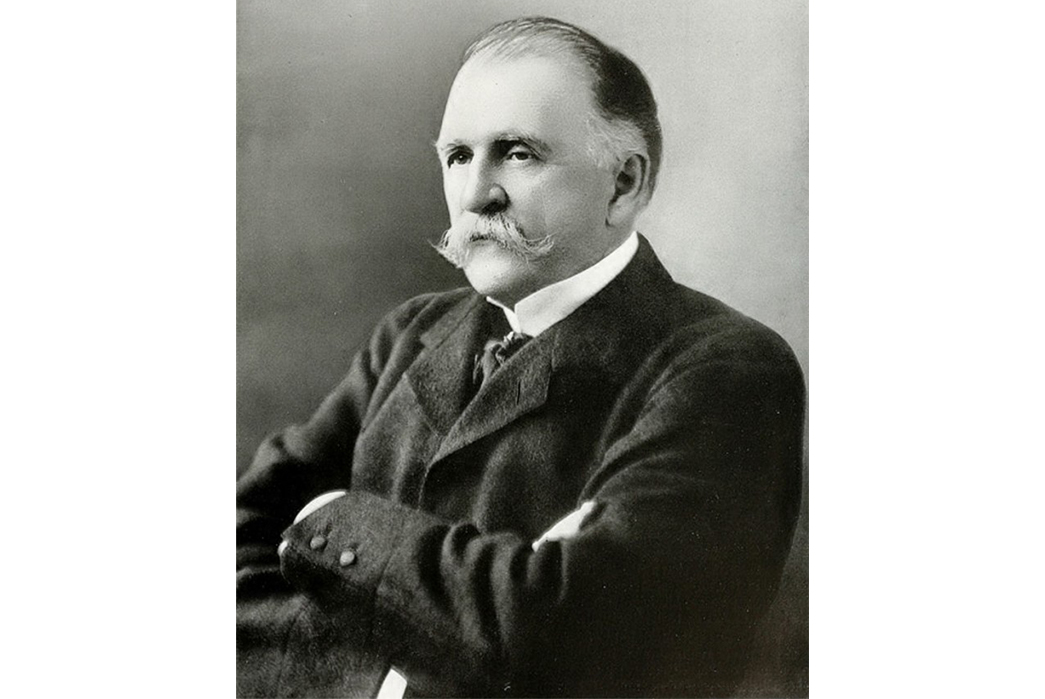 The unsung hero of keeping your beer from going flat. Image via All About Beer.

The more widely accepted history attributes the invention of both the bottle cap and the openers thereof to the same man: William Painter. These two little gadgets made Painter’s fortune and forever changed the world of beverage-drinking.

Before he secured the patent for the “crown cork”, beer was either stopped up with a cork or a swing top. Both bottles and stoppers tended to be reusable, which predictably spawned all manner of hygienic issues and because none of the pre-existing stoppers were especially effective, beer could easily be both germ-filled and flat. 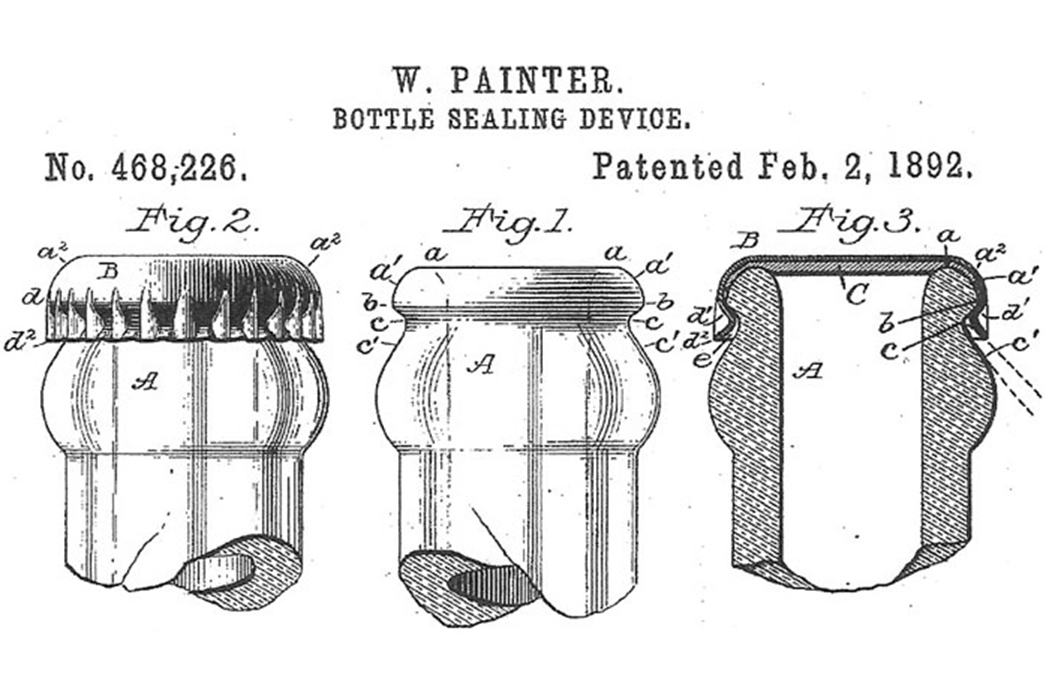 Although the thin interior liner would later be made from plastic and the 24 ridges on the cap would be reduced to 21, the bottle cap has largely remained the same since Painter received his 1892 patent for this amazing little stopper. The above diagram is an illustration of the third of his patent submissions and allegedly his second edition from 1890 featured an image of a “crowbar-like device,” which we can interpret to be the first bottle opener… right? 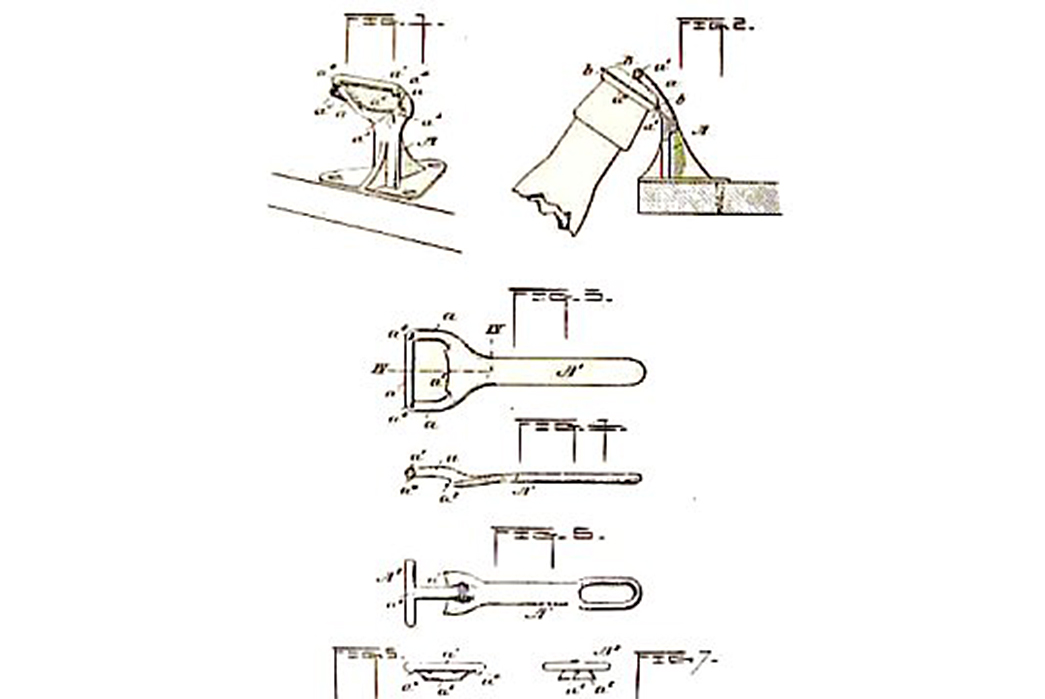 Alfred L. Bernardin of Evansville, Indiana got his table-mounted bottle-opener patent in a couple months before Painter’s handheld version, but he has largely been omitted from the great bottle opening narrative. To this day, the Bernardin estate claims that their ancestor was the rightful inventor of not only the “bottle uncapping tool,” but of the crown cap as well. A legal battle ensued that was largely focused on the defection of a factory superintendent who left the Bernardin Bottle Cap Company for Painter’s Crown Cork and Seal Company in the months preceding the patent submission.

Despite Painter’s dubious claims to both the cap and opener, the patents were decided in his favor. And even today a pall still hangs on the famed inventor’s credibility… or at least his honor. 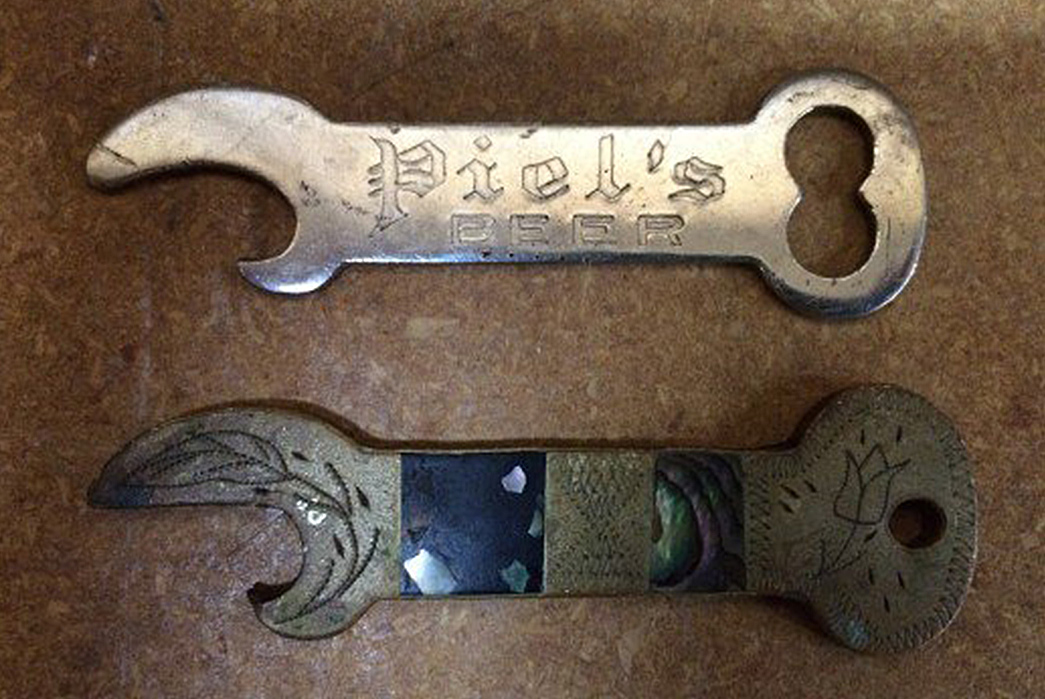 Within a matter of years, the crown cap had been widely adopted by the major soda and beer producers and the bottle opener market exploded like a forgotten beer in the freezer. One of the first prominent designs can be seen above, known as the Church Key Openers (so named because they often resembled the ornate keys used to open church doors), these were very similar to Painter’s original patent. Church Keys are easy to find and the earliest models can be rather valuable. 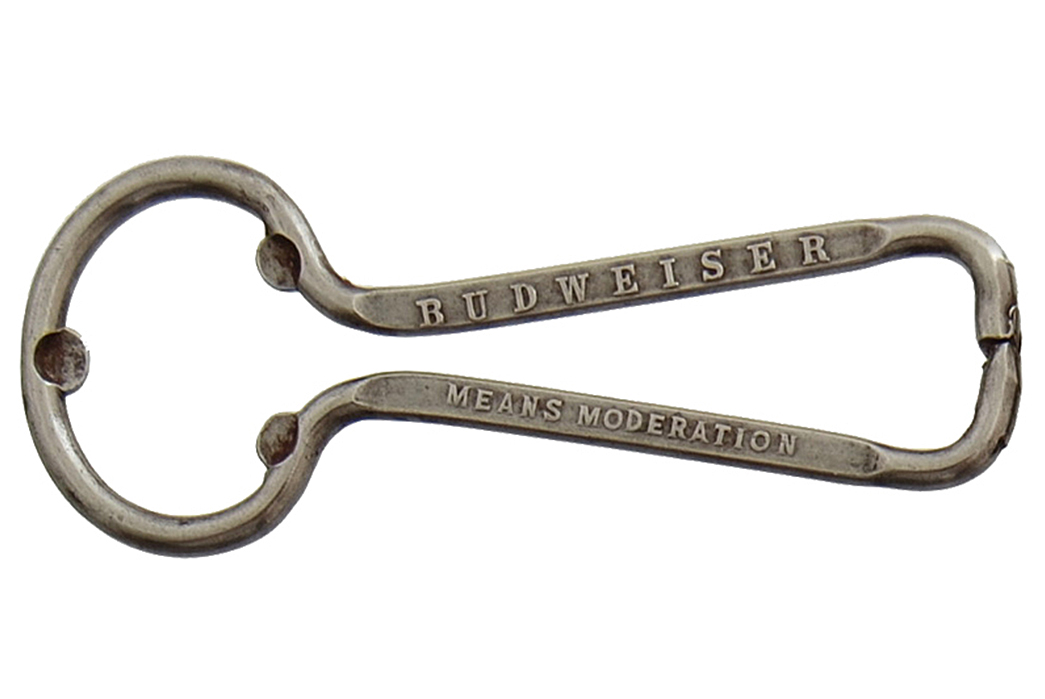 “Budweiser Means Moderation.” Image via All About Beer.

Companies quickly grasped the importance of these cheap little openers, the above being one of the simplest and cheapest designs available. Bottle openers were often branded end either sold for cheap or given away to promote a beverage brand. The early 1900s saw tremendous competition between Pabst, Miller, and Anheuser-Busch and a boom in promotional products as their feud grew more high-stakes. 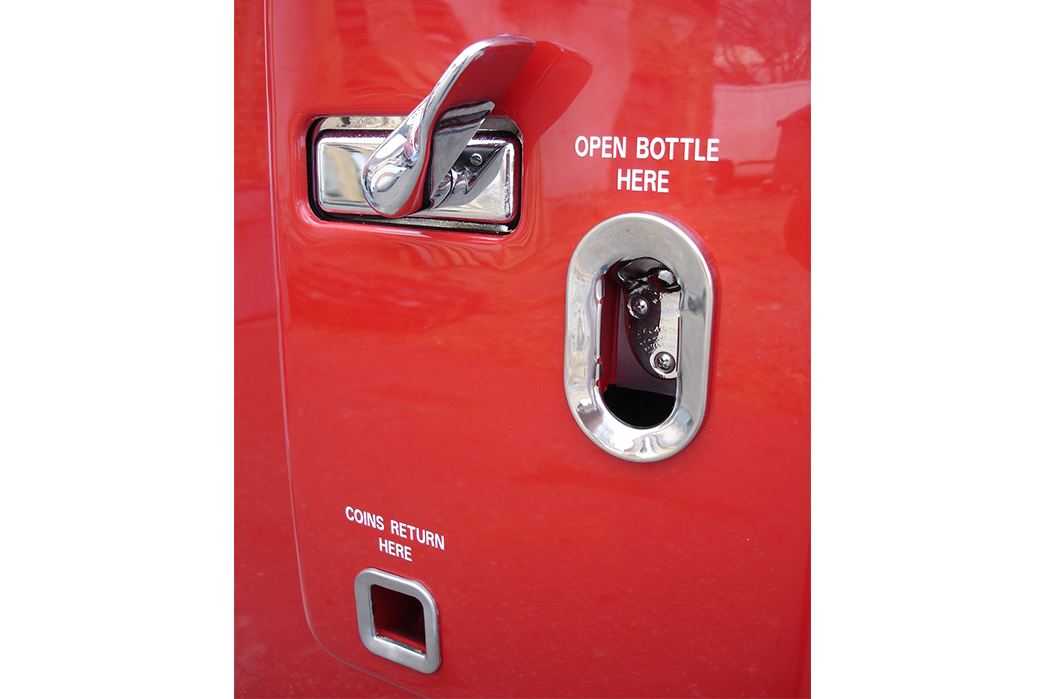 Wall (and in this case, machine-) mounted bottle openers became crucial as well. Coca-Cola machines used to have a convenient opener mounted right on the front and branded openers available for sale and display in loyal customers’ homes. 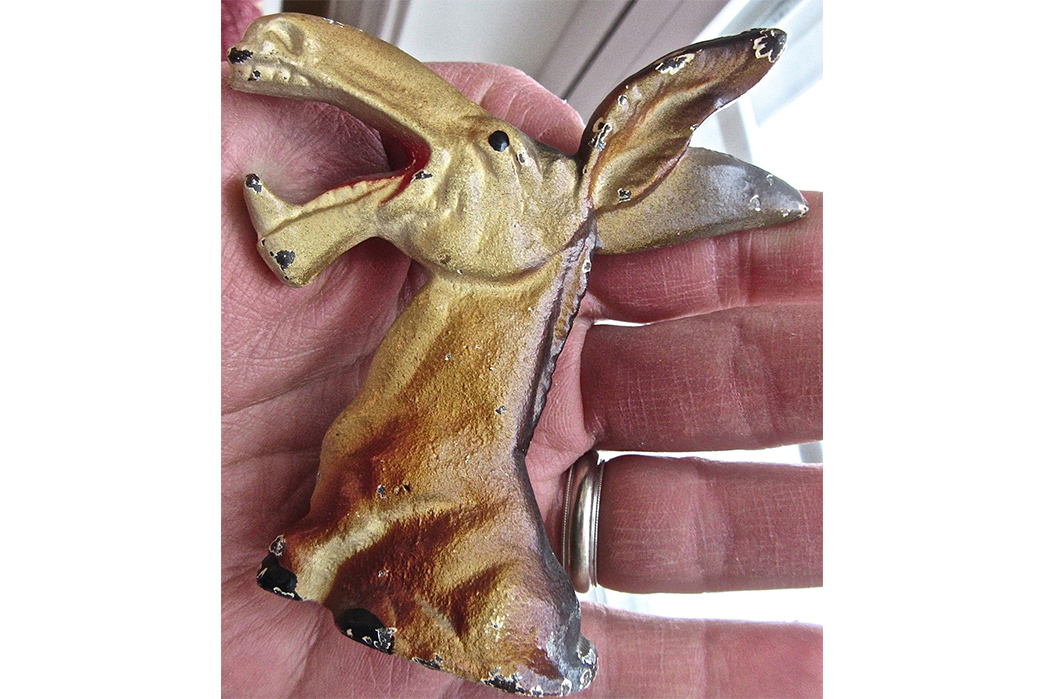 The most perplexing and consistently popular openers (at least among collectors) have been cast-iron, figural openers. These figural openers can be all sorts of things: if you can name it, it can be a bottle opener. In 1978, the Figural Bottle Openers Club was founded in response to the very few, but very enthusiastic collectors out there. 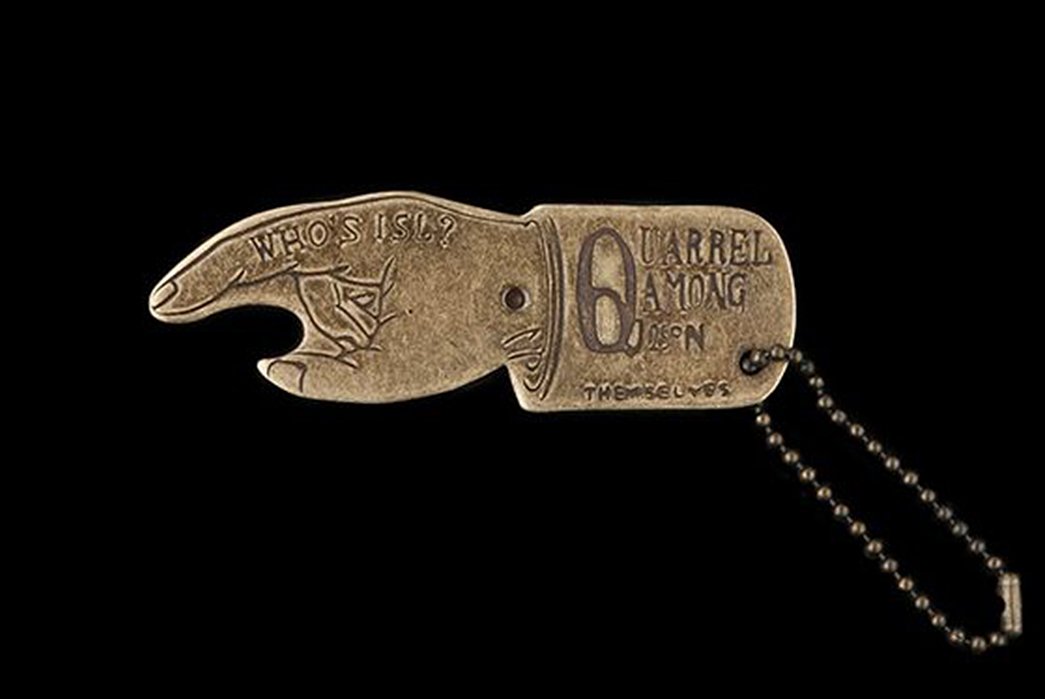 Despite the fact that vintage bottle openers are fairly easy to find and exceedingly inexpensive; there are higher-end options out there. The above bottle opener from Kapital is clearly inspired by the popular archetypal “You Pay” or “Next Round’s On You” vintage openers that are fairly easy to find. These classic openers had a small pin on the backside so they could be spun ala spin-the-bottle to determine who bought the next round. 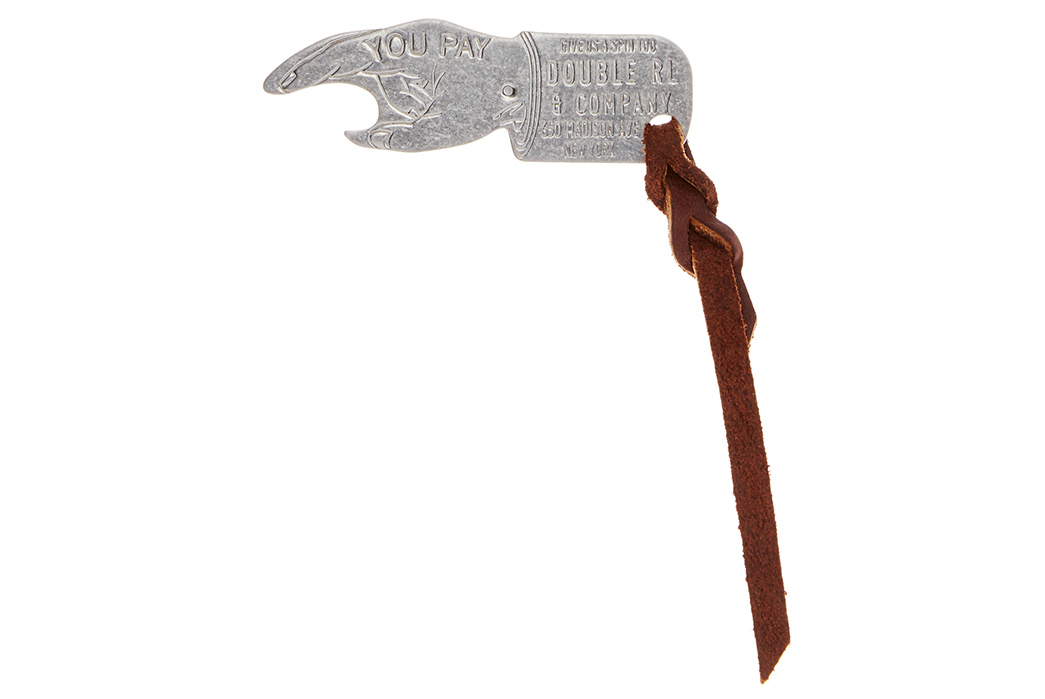 RRL has also reproduced these classic bottle openers. Theirs is available for about eight times the price of a vintage piece, but the reproduction has many of the classic details of the earliest openers. 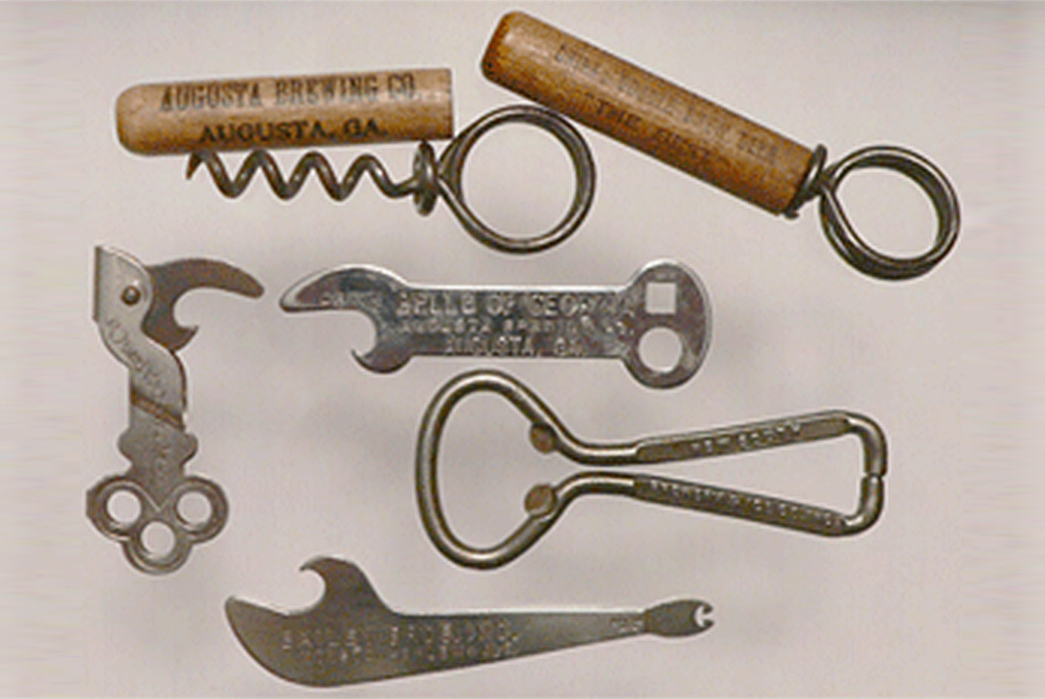 The bottle opener hasn’t changed much since its invention by either Bernardin or Painter. In fact, the most exciting element of its history is simply its creation. The disposable crown cap forever changed the way we drink things, simultaneously maintaining the hygiene, flavor, and carbonation of our favorite drinks. This simple invention had profound consequences and remains an essential accessory even in 2018. 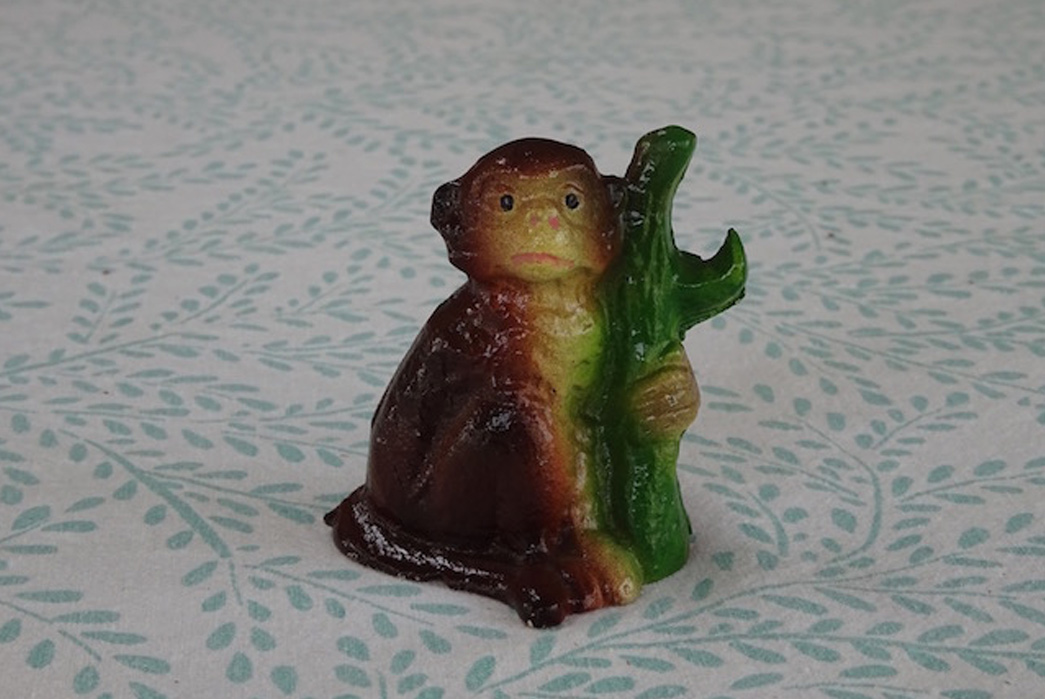 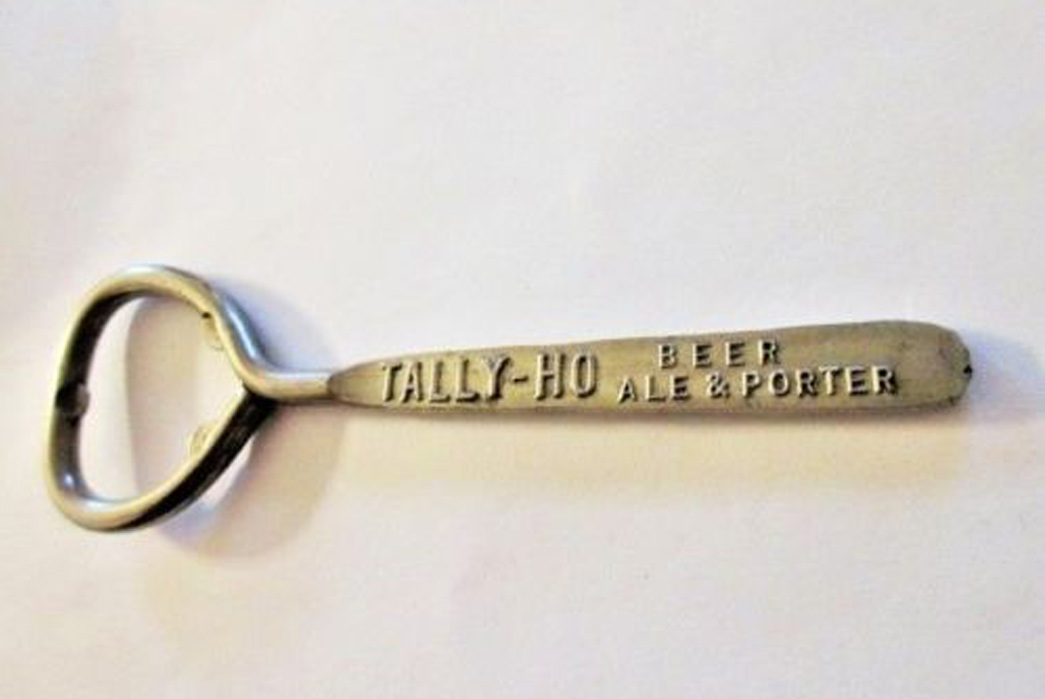 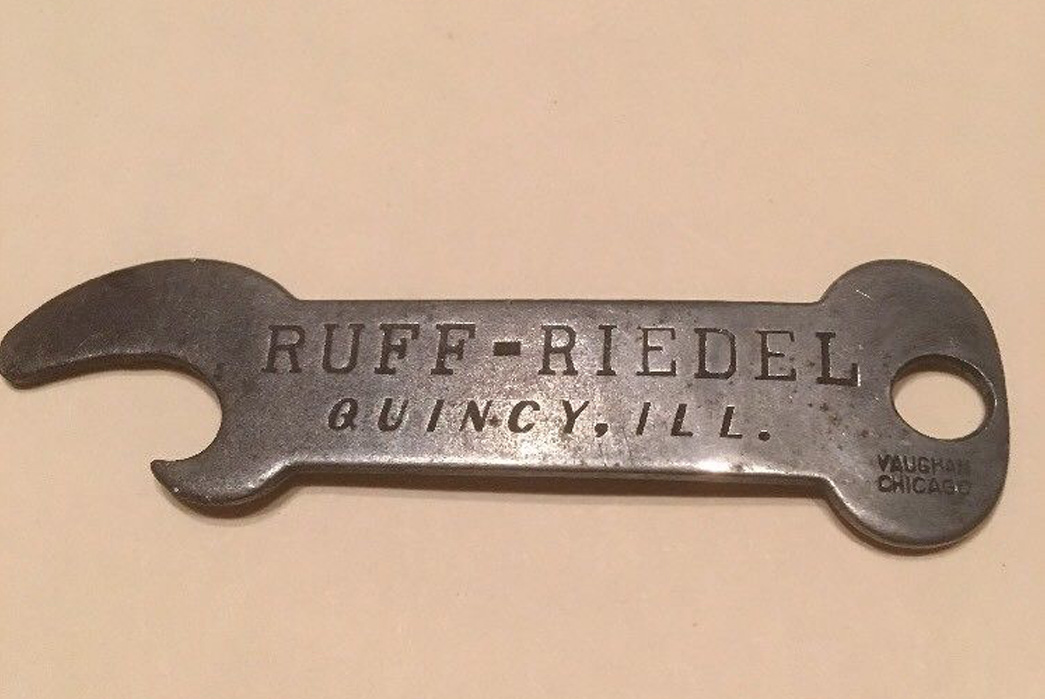 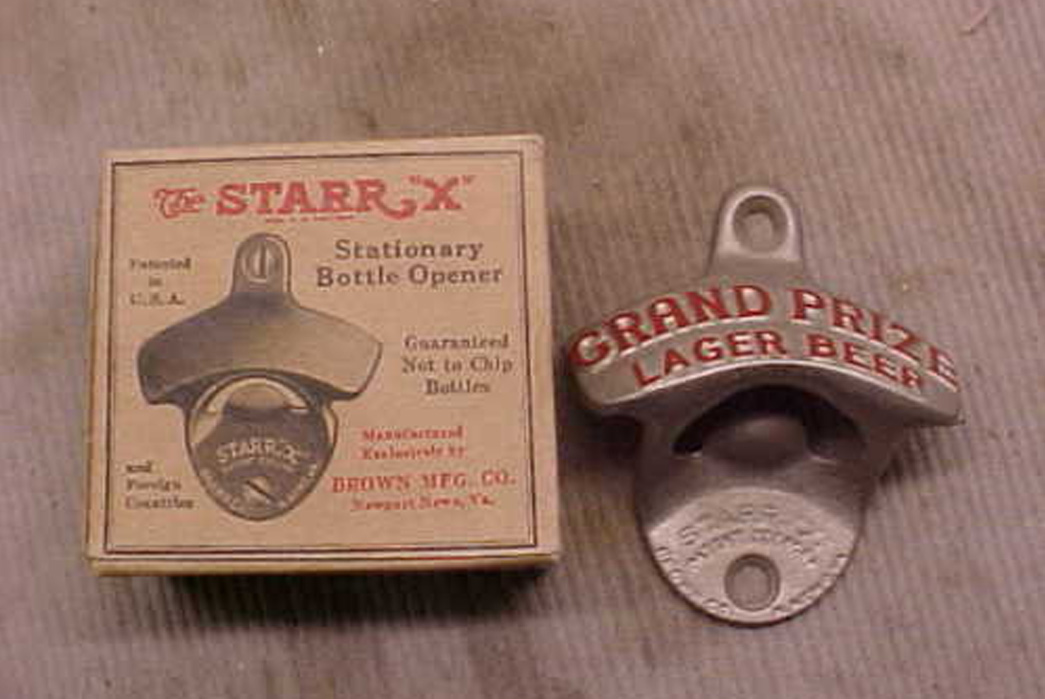 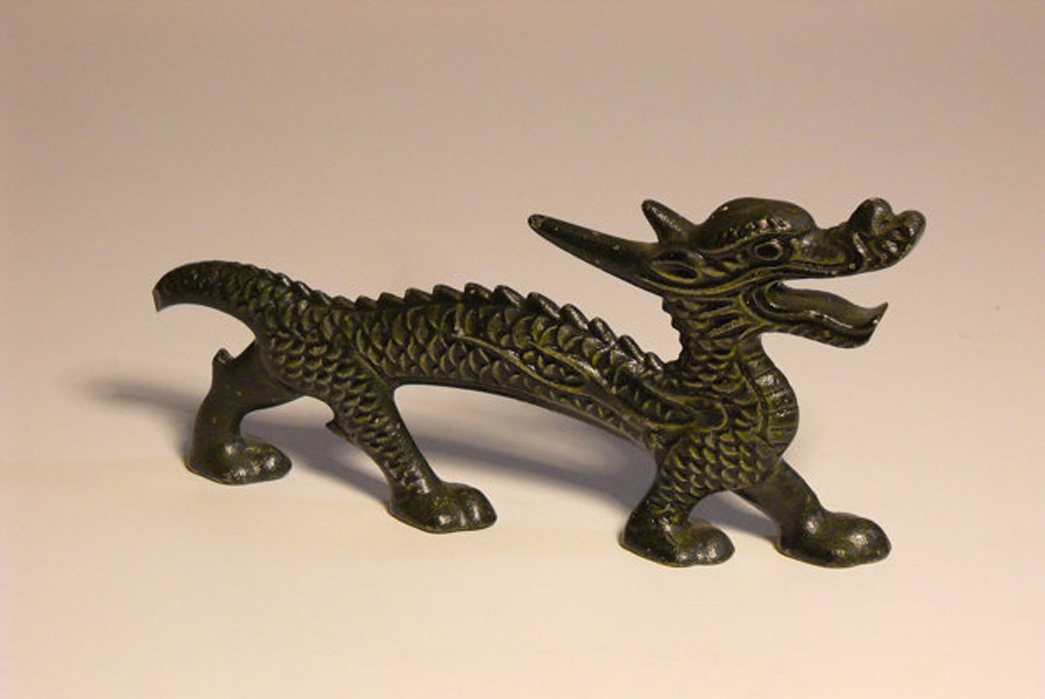 One thought on “Uncapping the History of Bottle Openers”