I learned a lot about Rube Goldberg from this story. 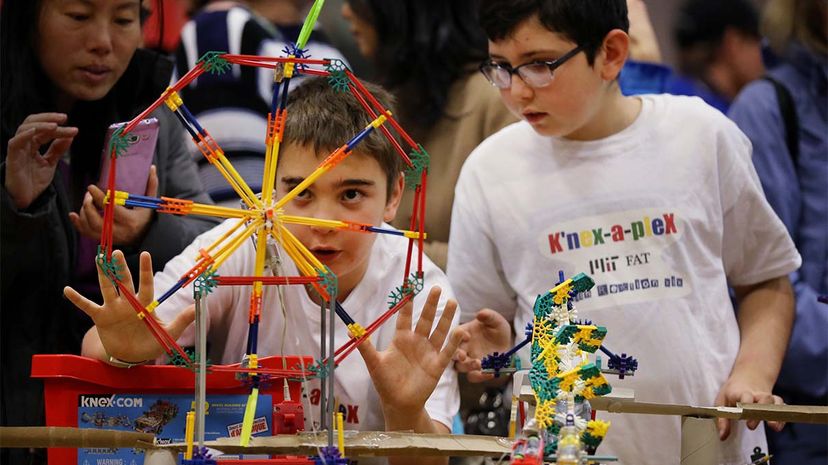 Benjamin Ab, 10, left, and Micheal Kagan, 9, fine-tune their Rube Goldberg machine during the 2016 Friday After Thanksgiving (F.A.T.) Chain Reaction Event in Cambridge, Massachusetts. More than 20 teams from all over the country participate in this annual engineering event. CRAIG F. WALKER/BOSTON GLOBE/GETTY IMAGES

Ever seen a Rube Goldberg contraption? They’re gizmos that perform a simple task in a ridiculously complicated manner.

For example, want to know how to get rid of a mouse? Simple — there’s a mouse trap that lures the mouse with a painting of a piece of cheese. It causes the mouse to step onto a hot stove, jump to an escalator, fall on a boxing glove, and get knocked into a rocket that sends him to the moon. What could be easier?

The mouse trap was one of many cartoons by Reuben Goldberg, a “rock star” cartoonist of the early 1900s, according to Renny Pritikin, chief curator at the Contemporary Jewish Museum in San Francisco. Goldberg drew thousands of cartoons of wacky inventions that were syndicated in newspapers all over the United States.

His name became synonymous with entertainingly absurd machinery that complicates simple tasks. In 1931, the Merriam-Webster Dictionary included the entry “Rube Goldberg,” making Goldberg the only person whose name is listed as an adjective in the dictionary, according to Smithsonian.com.

Goldberg, who was born in San Francisco in 1883, was originally an engineer. He graduated from the College of Mining Engineering at the University of California at Berkeley in 1904. 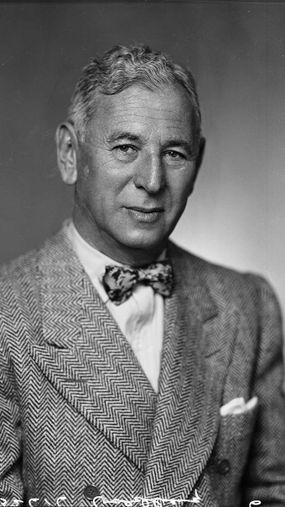 For six months he mapped water and sewer lines for San Francisco until he could stand it no longer. He then took a lower-paying job cartooning at the San Francisco Chronicle.

“What he cared about most was if he made you laugh,” says his granddaughter Jennifer George. Her 2013 book, “The Art of Rube Goldberg,” describes his extensive output of cartoons, writing and even sculpture, before his death in 1970.

Goldberg left San Francisco for New York in 1907 and was hired by the New York Evening Mail. One of his early cartoons for the newspaper showed a badly injured man who had fallen from a 50-story building and a woman asking “Are you hurt?” The man replied “No, I am taking my beauty sleep.”

It was a hit, and over the next two years he drew 449 more in the Foolish Questions series. Readers loved sending in suggestions.

Among his cartoon characters was Boob McNutt, who always managed to screw up as he attempted to help someone.

Goldberg’s invention drawings began in 1912 and made him into a household name, according to an exhibit at the Contemporary Jewish Museum in San Francisco.

The first was “The Simple Mosquito Exterminator.” A mosquito enters window (A), walks along a board strewn with small pieces of steak, falls unconscious because of chloroform fumes from a sponge (B), and falls on platform (C). He wakes up, looks through the telescope (D) to see the reflection of a bald head in a mirror (E), and jumps in fear off spring-board (C) through (D), killing himself when he hits the mirror, falling dead into can (F).

For the next 20 years, Goldberg provided a new cartoon invention about every two weeks. He continued on a less frequent basis until 1964.

He invented the character Professor Lucifer Gorgonzola Butts, who created machines to open screen doors, shine shoes and find soap dropped from the bathtub. According to “The Art of Rube Goldberg,” the character was inspired by two professors that Goldberg found particularly boring at the College of Mining Engineering: Samuel B. Christy, who lectured at length on time-and-motion efficiency, and Frederick Slate, who once showed students the “barodik,” a convoluted machine meant to measure the weight of Earth.

The invention cartoons mocked “the elaborate world of machinery,” wrote Adam Gopnik in his introduction to the book, by mocking the “larger idea of efficiency.” Goldberg had “a poetic intuition common to all great cartoonists,” Gopnik wrote.

He was an early voice questioning the use to which technology is put. His work questions the benefits of supposed labor-saving devices. Instead of simplifying life, they complicate it, Pritikin says. The contraptions are a comment on technology and its ability to mess things up. The theme is pertinent today, says Pritikin, because in the rush to create and sell new technology “we are ignoring a public conversation: Is this good for us or not?”

In 1938, Goldberg started drawing political cartoons. In them, he began to comment on the rise of fascism. “He got a lot of criticism for it,” including threats to himself and his family, Pritikin says.

Among his famous political cartoons was a scene in a Middle Eastern desert. Two figures trudge along two parallel paths that never meet. One figure is labeled “Arab” and the other “Jew.”

A 1947 cartoon shows a small house balanced on an enormous nuclear missile balanced on a precipice. The title is “Peace Today.” This cartoon won a Pulitzer Prize.

“He had a huge impact on his time culturally,” Pritikin says. “Cartoonists were immensely popular. They were really cultural heroes.”

Rube Goldberg devices live on today in the Rube Goldberg Machine Contest, which pits schoolkids against each other in an effort to design and build wacky machinery. See some of their efforts on YouTube.