In a completely predictable move, our betters in the FBI have closed the investigation into Hunter Biden’s laptop. The FBI is completely corrupt and chock full of Deep Staters. No, it’s not just the upper management; everyone – from Director Chris Wray to the lowliest agent – is irrevocably corrupt.

One America News Network host Jack Posobiec tweeted Sunday that a source from the Department of Justice told the network that the FBI dropped the investigation due to supposed concerns over the story from the repair shop owner. Concerns were raised over the chain of custody in the case.

The source indicated that the FBI dropped the investigation “because they did not believe the repair shop owner’s story would hold up in court, although Mac Isaac provided them with evidence,” according to Posobiec, who added that “They found zero evidence of foreign involvement.”

Jack Wilde woke up covered in blood. The gore gushed down his leg. His head pounded.

The second lieutenant had been hunched over in the cramped tail section of the B-25, so he didn’t really know what had happened.

Jack Wilde had found himself flying over the New Guinea jungle in January 1945 because his infantry division was part of the Allied forces leapfrogging across the Dutch East Indies toward Japan.

Intelligence had come in indicating that Japanese detachments were working their way toward the U.S. base at Sansapor, so commanders…

The article below completely forgot to mention the exchange regarding phasing out oil entirely.

We CANNOT have a 20th Century economy, never mind a 21st Century one, entirely on solar and wind.

One day, with a well-developed storage technology – maybe.

But that is not today.

Solar and wind are too intermittent and simply not available in any quantity in many parts of the country.

Batteries are very expensive, dirty to make (water, pollution) and I’m not sure there is enough lithium and rare earth metals on the planet for the systems needed.

But, that’s just facts, rather than wishful thinking and good intentions.

Everyone knows he has hotels, that’s not a crime.

Joe says show us your taxes.

Not only can Trump not do that while under audit, but during the Muller investigation, Dems…

IHRA: for their blog and their books and prints

“WWII: A Tribute in Art and Literature” by:…

Finally what has been predicted by many all along is validated by true experts in the field of virology.

The finding has withstood the vigor of the peer-review journal the New England Journal of Medicine likely the most prestigious journal of them all.

We have been lied to once again be the propaganda artists in the media. 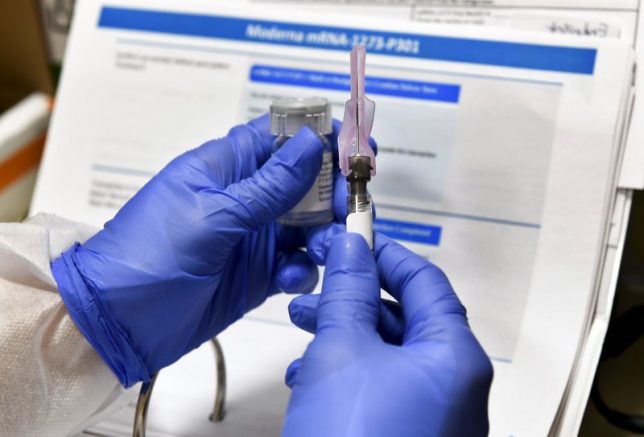 FILE – In this July 27, 2020, file photo, Nurse Kathe Olmstead prepares a shot that is part of a possible COVID-19 vaccine, developed by the National Institutes of Health and Moderna Inc., in Binghamton, N.Y. (AP Photo/Hans Pennink, File)

My only reluctance in putting this information out is that some of the “So-called” studies the physicians mentioned in the above video are not prospective and don’t meet the scientific rigor to appear in a leading fact based journal.

It’s clear, that dexamethasone, a corticosteroid…

As promised, here is an example of other works of art for the following year of the Pacific War…

Avengers of the Philippines, by: John D. Shaw

November 14, 1944 . . . As smoldering enemy ships mark a trail to Manila Bay, Avengers and Hellcats of Air Group 51 overfly the isle of Corregidor on their return to the carrier U.S.S. San Jacinto.

With the misty mountains of Bataan standing as a silent sentinel, Naval LT (JG) George H.W. Bush pilots his TBM in one of his last combat missions of WWII. The valor of Bush’s…

I think the book of Proverbs says it the best.

There is no more innocent blood than that of a child.

In 2001, after the practice of doctor-assisted euthanasia had been a de facto legal procedure in the Netherlands, the country codified it and became the first nation to legalized what was promised to be mercy killings for the terminally ill.

“This law will remove the uncertainty for patients and for doctors,” Health Minister Els Borst said at the time, according to the BBC. “But [assisted suicide] is and remains a last resort that cannot be seen as an alternative for poor health care.”

It didn’t work out like that. In 2017, the Netherlands showed an 8.1 percent increase in assisted deaths, which equaled out to 6,600 people euthanized. A last resort? Hardly.

“There were 32 more cases of assisted suicide involving people with dementia, most of whom were in the early stages of the disease,” DutchNews.nl reported in 2017.

“In addition, there were 60 cases involving people with severe psychiatric problems, a rise of four on 2015.”

Things haven’t gotten better in the interim. In 2018, Aurelia Brouwers made international headlines when doctors helped a physically healthy 29-year-old end her life because of psychiatric ailments, according to the U.K. Guardian.

“Supply has created demand,” professor Theo Boer, who once sat on a euthanasia regulatory body but resigned in 2014 because of the rising number of deaths, told the Guardian.

“We’re getting used to euthanasia, that is exactly what should not happen. We’re no longer speaking about the exceptional situations that the law was created for, but a gradual process towards organised death.”

And if you think we’d reached the bottom of the slippery slope in Europe’s euthanasia capital, well, sorry. It seems that Dutch parliamentarians now want to expand the euthanasia law so that children aged one to 12 can also be killed.

According to the NL Times, Health Minister Hugo de Jonge told parliament that even the youngest individuals in society — individuals who aren’t in a place to make decisions for themselves — will soon be able to be put to death.

“End of life procedures carried out by doctors in the Netherlands were already possible for infants up to one year old, and for children above 12 years old,” NL Times said.

Now, see if you’ve heard this before: De Jonge insists this will only affect “a small group of terminally ill children who agonize with no hope, and unbearable suffering.” These children — estimated at between five to 10 a year — will be in pain for a long time “without any prospect of improvement.”

“For the children referenced in the new policy, doctors are only allowed to give palliative care, like sedation, or withhold nutrition over an extended period of time until the patient dies,” the NL Times reported.

Doctors describe this as ‘a gray area’ between normal palliative care and active life termination, he said, and they have been calling out for more regulation.

“The party said it was inappropriate to push the significant legislation through with less than a half year remaining until the next election. De Jonge said his proposal will protect the interests of children, and will afford more transparency to the ‘gray area.’ This in turn makes physicians more accountable to parents, and provides a basis for review and assessment of individual cases, which already exists for euthanasia patients of other ages.”

For the record, de Jonge’s own party, Christian Democratic Appeal (CDA), is against this, as is ChristenUnie, the other Christian party in the ruling government. The Dutch Society of Pediatrics (NVK), is for it, and it looks like it would have the votes to pass.

“In response to the position of the NVK, I want to ensure more legal safeguards for doctors who, on the basis of their professional standard, proceed with life-ending actions of children aged 1 to 12 years,” De Jonge said in a four-page brief.

Writing at First Things, Jonathon Van Maren noted the craven disregard for life this created — for even if it were consistently applied to children with excruciatingly painful, terminal diseases, authorities were still allowing individuals not nearly old enough to understand what they were doing to have some say in the termination of their own life (If they didn’t, that would be worse).

“Note that the Dutch euthanasia regime … has completely dispensed with the standard hitherto used by assisted suicide activists in most Western countries,” Van Maren wrote Thursday.

“Activists argue that consent and the right to bodily autonomy justify so-called ‘end-of-life care’ — but by expanding these deadly services to infants and children, euthanasia advocates have abandoned that pretense. A one-year-old infant cannot choose to die, and children legally barred from voting, consuming alcohol, or driving cannot understand what the offer of a quick and painless death really means.”

“When a doctor gives a lethal injection to a suffering infant, regardless of his motivation, he is killing that child; he and other adults have decided that child is better off dead.

We used to understand how wrong that is. The Dutch government — and medical professionals tasked with the preservation of life — appear to have forgotten,” he concluded.

When de Jonge says that this will only apply to “a small group of terminally ill children who agonize with no hope, and unbearable suffering,” we want to believe him.

We want to think the slippery slope doesn’t go down any further.

But then, we must look at the original 2001 law and see how far we’ve tumbled already. Rest assured, in the most unassured fashion, that if passed, this won’t remain “a last resort that cannot be seen as an alternative for poor health care.”

The Solomons, by: Peter Dennis

IHRA: for their blog and their books and prints

“WWII: A Tribute in Art and Literature” edited by David Colbert

This is conclusive proof that he is indeed a moron.

Dissing the police and the BLM?

Joe thinks he is looking down.

It’s time for someone to change his diaper, give him his bottle, and put him back to sleep.

Picking the ultra left-wing Kamala Harris will not cover his record of racism.

Change it to “All Lives Matter and get over your whining.

depolreablesunite
Create a free website or blog at WordPress.com.