There is no way Pencil Neck Schiff wants Kellyanne Conway anywhere near his impeachment sham.

Speaking to reporters from the White House Monday morning, Counselor to the President Kellyanne Conway offered to testify as a witness in the Democrats’ impeachment inquiry if House Intelligence Committee Chairman Adam Schiff does the same.

“I’ll tell you what, if Adam Schiff testifies, I’ll show up on behalf of the White House,” Conway said.

At WH, @KellyannePolls says House Judiciary needs to be more definitive about its hearing witnesses, but if @RepAdamSchiff testifies about the impeachment inquiry, she says she’ll show up on behalf of the White House. 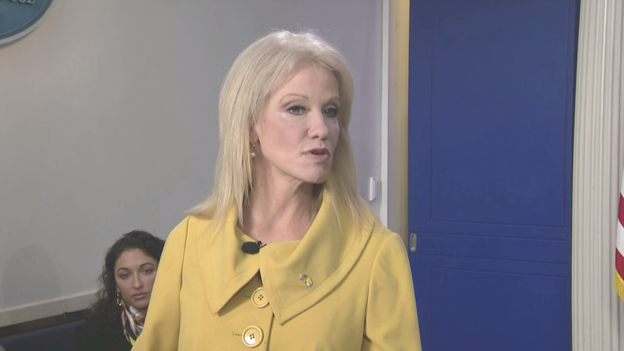 Schiff has been called to testify by a number of Republicans on Capitol Hill over his contact with the “whistleblower” who set off this process.

Transparency to the American public is critical to our democracy. Transparency among our colleagues in Congress is also critical to effectively conducting committee work. House Intel rank and file Members had access to whistblower complaint from 4-6:30 pm on Wed September 25th.

IMPT question – when did Adam Schiff have access to the complaint or any related information? The letter to Schiff and Burr was dated August 12th. Did Schiff have ANY access earlier than Committee & if yes, why did he not immediately share this with his Committee?

904 people are talking about this

Last week House Judiciary Committee Chairman Jerry Nadler announced another impeachment inquiry hearing, which is set for Wednesday. He invited President Trump and White House officials to testify, but hasn’t laid out the details of who Democrats will be calling to make their case. Further, Nadler issued the invitation Tuesday before Thanksgiving and gave the White House until Sunday to reply.

“The Committee intends this hearing to serve as an opportunity to discuss the historical and constitutional basic of impeachment, as well as the Framers’ intent and understanding of terms like ‘high crimes and misdemeanors.’ We expect to discuss the constitutional framework through which the House may analyze the evidence gathered in the present inquiry. We will also discuss whether your alleged actions warrant the House’s exercising its authority to adopt article of impeachment,” Nadler wrote in a letter to President Trump.

“If you would like to participate in the hearing, please provide the Committee with notice as soon as possible. But no later than by 6:00 pm on December 1, 2019. By that time, I ask that you also indicate who will act as your counsel for these proceedings,” he continued. “While we invite you to this hearing, we remind you that if you continue to refuse to make witnesses and documents available to the committee of jurisdiction…’the chair shall have the discretion to impose appropriate remedies.'”

The White House replied on deadline and will not be sending any participants.

Before leaving for the NATO Summit in in London Monday morning, President Trump called the impeachment inquiry a “hoax.”

“The whole thing is a hoax. Everybody knows it. All you have to do is look at the words of the Ukrainian president that he just issued, and you know it’s a hoax. It’s an absolute disgrace what they’re doing to our country,” he said.