The NBA kissing the ChiComs asses is one more reason I am boycotting all professional sports.

Rather than tell China that it’s normal for Americans to support Democracy anywhere they see it, they apologized and contemplated firing the GM for his Pro-Hong Kong Tweet.

We already knew the Hong Kong protesters were more aligned with traditional American values than our mask-wearing riotous protesters on the Left.

But it’s looking like those student protesters in Hong Kong might know more about what it means to appreciate and stand up for freedom against tyranny than the entire NBA.

For context, the NBA has some pre-season games planned in China with the goal of developing a fan base within China 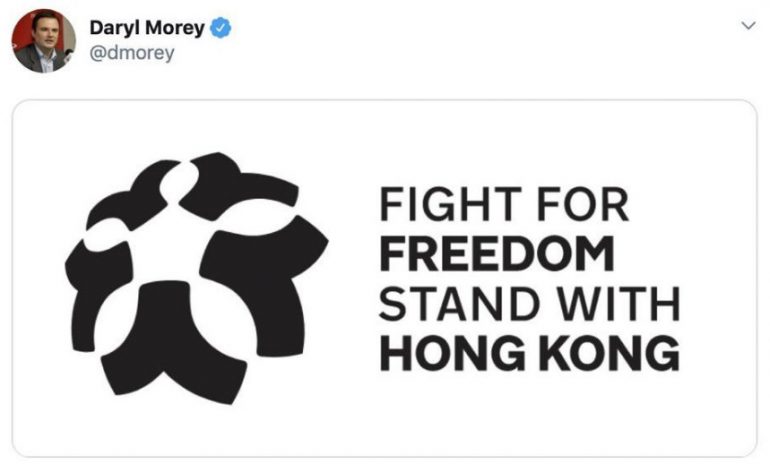 The uproar started when Morey tweeted an image that read: “Fight for Freedom. Stand with Hong Kong.” It referred to the four-month old protest movement that has upturned the semi-autonomous Chinese territory. That led to Houston owner Tilman Fertitta turning to Twitter to say that Morey does not speak for the Rockets, and sparking an outcry that included the Chinese Basketball Association, whose president is former Rockets center Yao Ming, saying it was suspending its relationship with the team.

Other criticism came from Tencent, a major media partner of the NBA in China with a streaming deal that is worth $1.5bn over the next five years, and Chinese state television both of which said they would not be showing Rockets games. It wasn’t immediately clear if Morey’s new tweets or the NBA’s statement that followed would be enough to salvage those relationships. Chinese athletic apparel maker Li-Ning also released a statement saying it was upset with Morey’s tweet.

The Rockets, largely because of Yao, have an enormous Chinese following. But after Morey’s tweet, even the Chinese government’s consulate office in Houston issued a statement saying it “expressed strong dissatisfaction” with the team.
Source: Guardian

Normally, having the right anti-Trump politics will help you in situations like this, but such ‘woke’ virtue signaling doesn’t impress China the way it does the credulous Left here in America. Retweeting Romney’s anti-Trump swipe didn’t help him any. 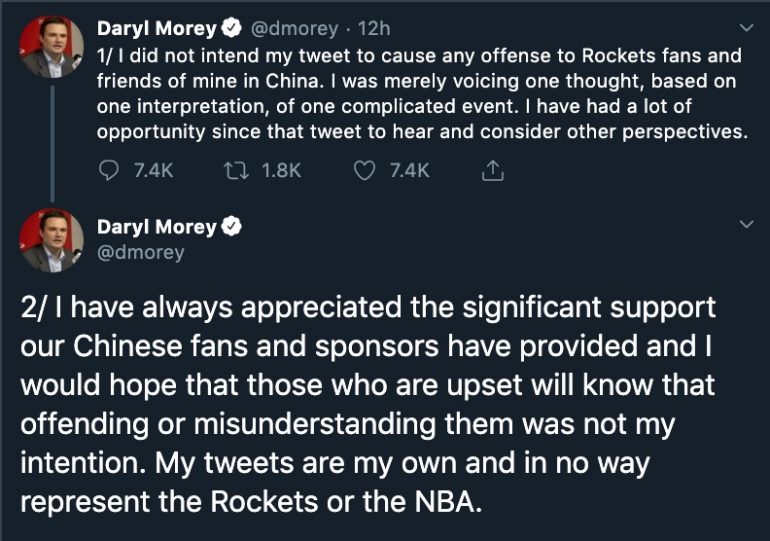 Left and right alike are bashing the NBA for kissing China’s ass. They are deeply ‘in the pocket’ of Chines executives, principles be damned, and we all know it.

Here’s the NBA bowing before its master:

NEW: the NBA has released a statement on Daryl Morey: 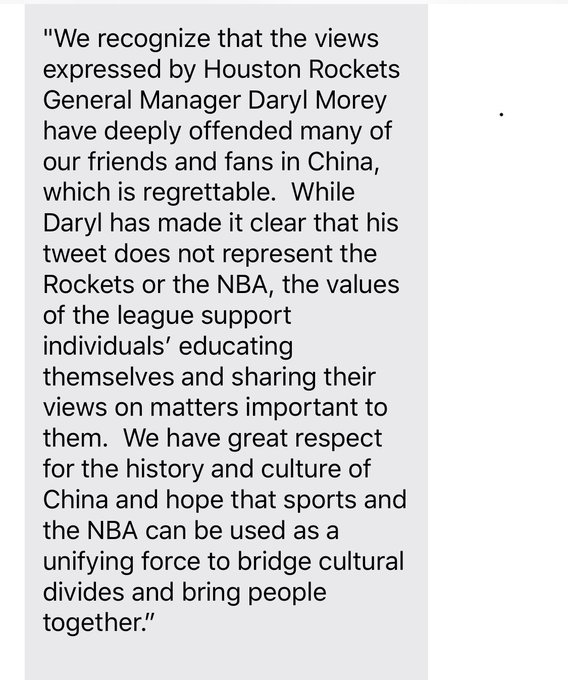 2,233 people are talking about this

They don’t seem to mind the encroachments on democracy there.

What ARE they willing to take a stand on?

Remember when the @NBA boycotted an entire state over its bathroom ruleshttps://www.usatoday.com/story/sports/nba/2019/02/11/nba-all-star-game-arrives-after-bathroom-bill-changes/39041531/ …

The NBA All-Star game is set for North Carolina this weekend after the league delayed Charlotte’s turn for two years because of the state’s “bathroom bill.”

281 people are talking about this

They will go to the WALL for this!

The reportedly 10,000 killed in Tiananmen Square, as will as the 100’s of Thousands of Muslims locked up in prison camps thank you for that brave stand you have taken.

Some of us are old enough to remember when sports were the PROXY for freedom fighting against and overcoming the communist threat.

Rocky comes to mind, not to mention the Miracle on Ice (the Canadians had their own version in ’72 Summit series) where the good guys — you could tell, because we were the ones who don’t have labor camps, gulags, and dictators ready to slaughter his own citizens — versus the Communists.

Great job. You’ve really underestimated the support to those Hong Kong supporters HAVE over here.

I’m just kind of pissed it took sympathizing with a brutal communist dictatorship for everyone to realize the NBA sucks.

428 people are talking about this