When DemocRats and the media say bad things about DemocRat controlled places it is just fine but let a Republican and a Conservative do it then it automatically becomes racism.

This week’s Democrat meltdown is their lie that Trump posted “racist tweets” about the rat-infested city of Baltimore. Oddly, liberals and the media have been calling Baltimore a sh**hole for years, but it had only become “racist” to say so since last weekend when Trump posted his tweets about it.

Democrats and their handmaidens in the media shot into the stratosphere of hyperbole calling Trump a racist for his criticism of Democrat Rep. Elijah Cummings and his failed leadership for the City of Baltimore.

“Rep. Elijah Cummings has been a brutal bully, shouting and screaming at the great men & women of Border Patrol at the Southern Border, when actually his Baltimore district is FAR WORSE and more dangerous,” Trump tweeted on Saturday.

Then on Sunday, Trump tripled down saying, “There is nothing racist in stating plainly what most people already know, that Elijah Cummings has done a terrible job for the people of his district, and of Baltimore itself. Dems always play the race card when they are unable to win with facts. Shame!”

Rep, Elijah Cummings has been a brutal bully, shouting and screaming at the great men & women of Border Patrol about conditions at the Southern Border, when actually his Baltimore district is FAR WORSE and more dangerous. His district is considered the Worst in the USA……

67.5K people are talking about this

In another tweet, Trump added, “Rep. Elijah Cummings has been a brutal bully, shouting and screaming at the great men & women of Border Patrol about conditions at the Southern Border, when actually his Baltimore district is FAR WORSE and more dangerous. His district is considered the Worst in the USA.”

As Breitbart News reported, the left went wild with lies about Trump’s tweet:

First off was Sen. Bernie Sanders (I-VT on CNN’s “State of the Union” who said:

Well, the president is as he usually is often is disgusting and racist. They’re designed to distract attention from the very serious allegations about his conduct that came from the committee hearings this week. The fact is, the president accepted help from the Russians to attack our election. His campaign worked with the Russians, that’s undisputed, and he works hard to cover up to cover those crimes and committed more crimes. He’s trying to change the subject.

“@RepCummings is a champion in the Congress and the country for civil rights and economic justice, a beloved leader in Baltimore, and deeply valued colleague,” she tweeted. “We all reject racist attacks against him and support his steadfast leadership.”

Breitbart has a lot more examples of the pile-*on. But the above will suffice for our purposes here because the main point we are discussing is the fact that the left has been smearing Baltimore for years.

Baltimore is well known as one of the worst, most rat-infested cities in the U.S.A. I fact, it is so bad that pest control company Orkin put Baltimore on one of its worst rathole lists.

Unsurprisingly, Democrats run each of those top ten cities and have for decades.

Baltimore’s rat infestation is so bad that a documentary about it was produced two years ago and the Baltimore Sun has been publishing stories of how bad the city is for quite some time.

This is the perfect example of #TrumpDerangementSyndrome #TDS.

In April, the @baltimoresun was concerned about the trash in the city.

Only 3 months later, they are accepting of a rat infestation.

The citizens of #Baltimore deserve better. 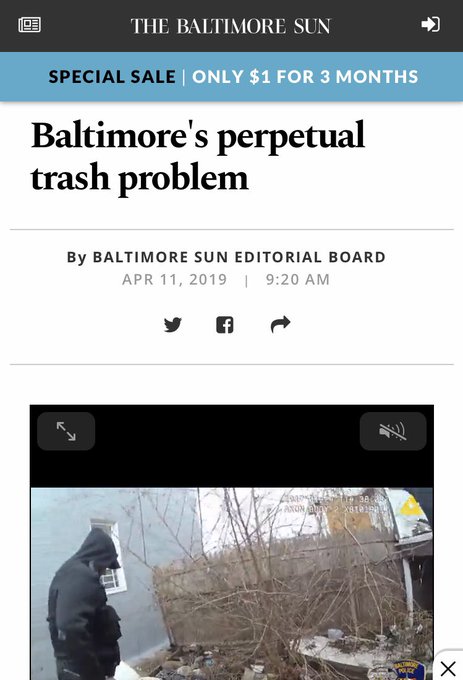 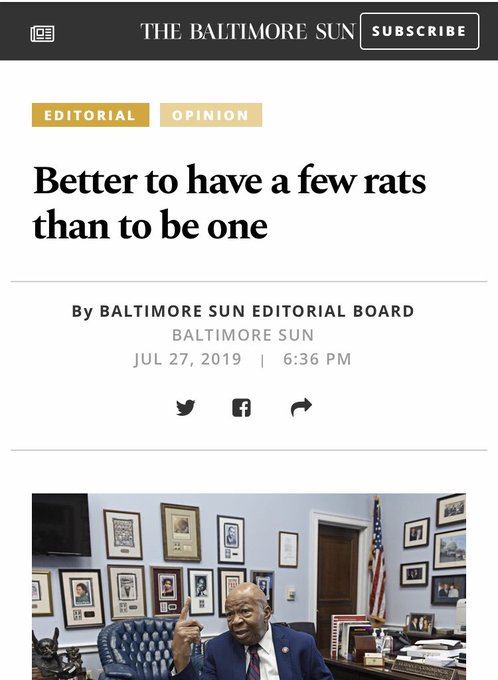 246 people are talking about this

In 2015 the Washington Post reported that the average life expectancy in some of the city’s poorest neighborhoods is nearly 20 years below the national average.

Even Sen. Bernie Sanders, I-Vt., currently a candidate for the Democratic presidential nomination, was shell-shocked by the city’s deplorable living conditions.

“Anyone who took the walk that we took around this neighborhood would not think you’re in a wealthy nation,” Sanders said during a 2015 visit reported by the Baltimore Sun. “You would think that you were in a Third World Country.”

Then there is the 2018 video of Baltimore Mayor Catherine Pugh wandering through Cummings’ district and saying, “you can smell the rats.”

It isn’t a matter of money, either. Between 2003 to 2013, Barack Obama sent $2.4 billion in federal dollars to Baltimore (on top of the $1.8 billion in state aid). Where did it all go? Apparently down the rat hole… literally.

In 2015, President Obama even criticized Baltimore saying that city leaders are corrupt politicians who are not doing the right thing!

So, the left has been calling Baltimore a rat-infested, craphole for years. And it has never once been “racist” until today when Trump said it.

The left is so ginned up to attack anyone who would call Baltimore a rat-infested dystopia that they even went after a black woman who tweeted out her agreement with Trump that Baltimore has a significant problem that it is not making any serious attempt to solve.

Kimberly Klacik, a Baltimore Republican and pro-Trump supporter who is black, made the videos on Baltimore that reached the eyes of President Trump. Now the let is on the attack against her.

So I am receiving calls that reporters are working on a hit piece on me. It is truly disappointing. Residents asked if I could help get the trash removed. I filmed it, posted it. You would think people would be upset that their brothers & sisters are living in those conditions.

13.4K people are talking about this

Stressful 24 hours. I’ve received countless emails, calls & text claiming my “hit piece” is on the way. If this is the Left’s attempt to silence me, it only makes me want to fight harder for what is right. Intimidating a black woman just for speaking out? Actual racism.

18.6K people are talking about this

Someone is trying hard to hack my social media accounts. If you don’t think I would say it, or post it, there is a 100% chance I did not. 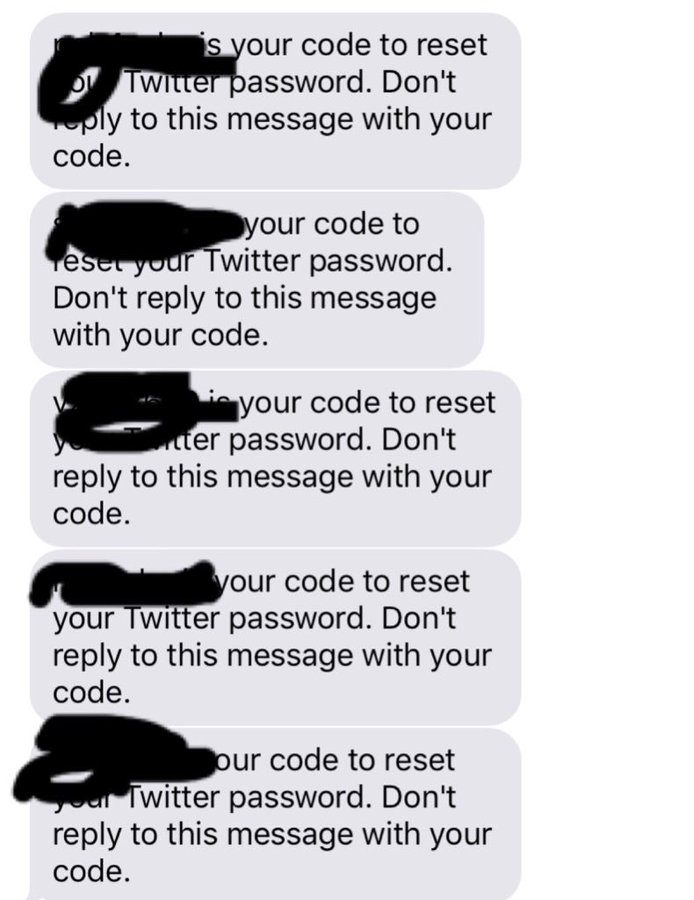 1,202 people are talking about this