The new border wall is not easy to overcome.

One of the primary critiques of President Donald Trump’s new border wall is that such a barrier would be ineffective at achieving the stated goal of increasing security.

Specifically, some critics have ludicrously claimed that barriers at the border won’t stop drug traffickers and illegal aliens from entering the country. They argue that at best it would be little more than a costly hindrance that could be rapidly overcome.

However, three illegal aliens from Mexico learned the hard way that the border wall critics were incredibly wrong in that assessment.

The trio of interlopers attempting to sneak into the country ended up trapped atop a section of the 30-foot-tall fence in the San Diego, California, area on Jan. 5, The Washington Times reported.

After U.S. Border Patrol agents spotted the three perched atop the tall wall, and with an assist from the San Diego Fire Department, they were promptly helped down from the precarious position and taken into custody.

On Jan. 5, just after midnight, agents & SD fire dept. rescued 3 subjects that had become stuck atop the 30ft. border wall. The Mex. nationals were safely lowered to the ground & arrested by #USBP. Smugglers place an emphasis on profits over safety. Thankfully no one was injured. 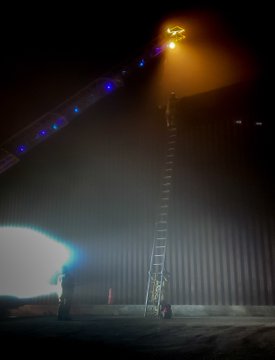 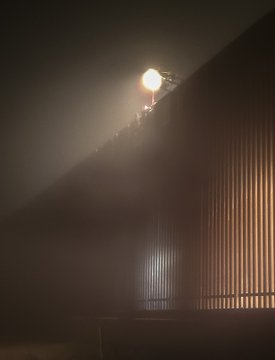 184 people are talking about this

According to a news release from the U.S. Customs and Border Protection agency, the three individuals had attempted to use the cover of a dense fog in the area to illegally enter the United States.

Unfortunately for them, after reaching the top of the 30-foot steel wall near Otay Mesa, the three intruders found that they were unable to safely descend to the other side of the fence due to the wet and slippery condition of the mist-slicked steel.

Making matters worse for them, it also appeared that they had been abandoned and left atop the wall by whoever had initially assisted their attempt to smuggle themselves across the border.

Once safely lowered from the top of the wall, the three individuals — a man and two women — were questioned and discovered to be Mexican nationals who’d illegally entered the country. At that point, they were taken into custody and transported to the nearest Border Patrol station for processing.

“These three were very fortunate to not have fallen from the top of the wall which could have resulted in serious injury or death,” Aaron Heitke, acting Chief Patrol Agent of the San Diego Sector, said in a statement. “These dangers are not important considerations to smugglers, who place an emphasis on profits over safety.”

The Times noted that the three illegals trapped atop the wall were indeed lucky to have not fallen and hurt themselves. Falling off the wall is apparently a fairly regular occurrence that Border Patrol agents must deal with, according to Supervisory Agent Jeffrey Stephenson, who pointed out that injured illegal aliens are immediately given whatever medical attention is necessary as soon as they are discovered.

Interestingly, Fox News reported that this incident occurred in an area near San Diego where President Trump’s proposed border wall system has been fully realized.

The old 8-foot “landing mat”-style barriers and mesh fences directly on the border had been replaced with 18-foot steel bollards featuring a steel plate at the top, which the three invaders had managed to clear. However, they were stymied by the secondary 30-foot bollard wall that is set back a short distance from the shorter primary wall, creating a sort of corridor between the walls that agents can traverse in their efforts to enforce the border.

The section where the incident occurred was part of a project that started in 2018 to completely replace about 14 miles of the old single barrier that was easily breached with the new double-layered system that has now been proven to be much more difficult to overcome.

It should be obvious to all that, despite what the naysayers may claim, the new border wall system is being built — slowly but surely — and it is rather effective at preventing illegal incursions or, at the very least, slowing down and delaying interlopers until they can be apprehended by agents.