Saturday 25th January 2020 marked the passing of World War II veteran Sophie Yazzie. Sophie, a member of the Navajo Nation, was 105 when she died peacefully surrounded by her family in Tucson, Arizona.

News of her death was broken by The Navajo Nation.

The President of The Navajo nation, Jonathan Nez, released a statement offering prayers and thoughts in support of her family and praising Yazzie as a family matriarch and Navajo warrior who served her country.

Saddened to learn of the passing of Sophie Yazzie, a World War II Veteran and member of the Navajo Nation. At the age of 105, Sophie was one of the longest living female WWII veterans. Arizona is forever grateful for her service. Our prayers are with her loved ones. #RIP 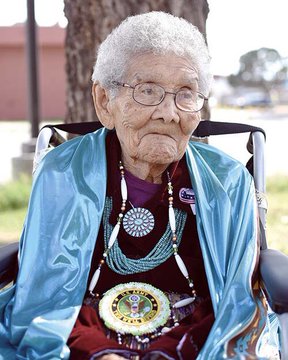 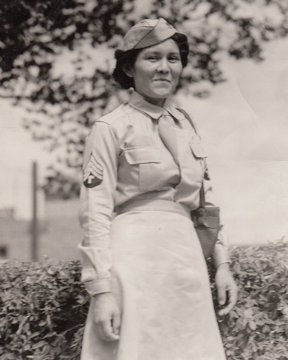 792 people are talking about this

Sophie was born in Canyon de Chelly, Arizona, in 1914, and she joined the US. Army Air Corps in 1943 at age 28. She trained as a nurse and a cook and rose to the rank of Technician Fourth Grade (Sergeant) on the 734th WAC.

She served her country until she was honorably discharged after the war.

At the conclusion of her military service, Yazzie returned to her home and to Wingate Boarding School, from where she graduated in 1934, and worked as a cook until she retired at age 70.

Yazzie was married in 1945, and her late husband was Jordan B. Yazzie. At the time of her death, Yazzie left behind four children, five grandchildren, and five great-grandchildren.

In the statement from the Navajo Nation, Sophie Yazzie was described as “a loving and compassionate mother, grandmother, and veteran who served her people throughout her life in several different capacities.”

Funeral services were held on January 30 at St. Michaels Mission in St. Michaels, Arizona, and Yazzie was laid to rest in the Ft. Defiance Veterans Cemetery, according to Tucson’s Women Warriors Facebook page.

Her body was escorted from Gallup by Riders for Warriors, and the ceremony was attended by the American Legion Post 84 as Honor Guard. Arizona Army National Guard provided 15 soldiers to serve as pallbearers and stand at attention.

Tributes to this brave lady poured in from many quarters.

Arizona’s governor, Doug Ducey, expressed his condolences on Saturday via Twitter saying “Saddened to learn of the passing of Sophie Yazzie, a World War II Veteran and member of the Navajo Nation.

At the age of 105, Sophie was one of the longest living female WWII veterans.”

The Director of the Arizona Department of Veterans’ Services, Wanda Wright, passed on her condolences through a post on Facebook, saying, “We are saddened to hear of the passing of Sophie Yazzie.

Sophie, a WWII veteran died today at the age of 105 surrounded by her family. A Navajo veteran, she was born and raised in Canyon de Chelly and served in the Women’s Army Air Corps.”

It is with hearts full of deep regard for her service to our Nation that we recognize the true blessing her soul was to our People.

May her legacy continue to be a guiding light of service, dedication, and the ultimate fulfilment of a life truly well-lived.”

We can only join Governor Ducey in saying, “Arizona is forever grateful for her service. Our prayers are with her loved ones. #RIP”