The DemocRats have plans that would undo all of the gains the market and economy have picked up.

The Dow Jones Industrial Average closed up more than 73 points Friday, putting a close to a successful June the likes of which had not been seen since prior to World War II.

75 people are talking about this

While Friday’s individual gains were moderate, it was a historic month overall for the Dow.

The Dow wasn’t the only index that did well this month.

The S&P 500 was up roughly 6.2 percent this month, making it the index’s best June showing since 1955, according to Fox Business.

Overall, the S&P “posted its best first half of a year since 1997, soaring 17% and reaching an all-time high,” according to CNBC. 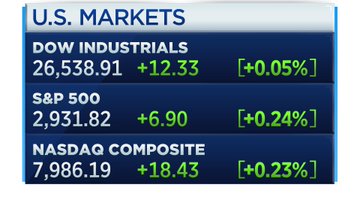 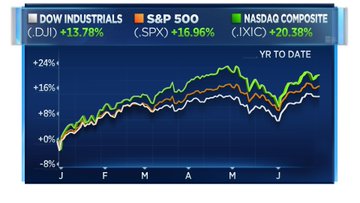 17 people are talking about this

So what’s behind the market’s recent gains?

“Drivers [of the rally] would be a change in the perceived trajectory for monetary policy, coupled with a bit of optimism in renewed negotiations with China,” Stephen Guilfoyle, president of the trading firm Sarge986 LLC, told Fox Business.

At least one pundit gave the credit to President Donald Trump.

Border crossings are down 25% thanks to Trump-Mexico immigration deal

The DOW is on track for its best June since 1938

Historic 2020 campaign launched, raises more than DNC has on hand in one night

What have Democrats accomplished this month?

3,609 people are talking about this

“What have Democrats accomplished this month?” he asked.